The Australian had a recent article by Caroline Overington in its Weekend edition on the subject of ‘race shifting’:

In the US they are known as “race-shifters”; in Canada they are “Pretendians”; and in Australia, they are more commonly known as “box-tickers” – people who discover, or else simply claim an Indigenous or First ­Nations heritage for themselves.

Some do so because they want to adopt a more exotic profile; others because being “just white” doesn’t have quite the cache it once did, especially in academia.

But the sheer number of people now laying claim to an Indigenous identity has begun to distort national statistics, at least according to Indigenous Australian academics and a group of international writers who took part in a lively roundtable on the topic of “race-shifting” at an anthropology conference in May.

That’s ‘cachet’ by the way, Caroline.

But who are these ‘race-shifters’?  Are they exclusively white people falsely claiming Aboriginal 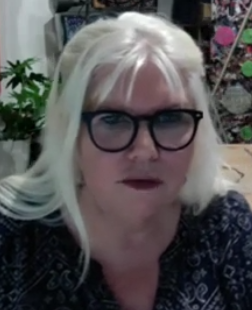 identity, such as, let me think, oh yes, Professor Bruce Pascoe?  Or do they include people with some portion of Aboriginal ancestry?  That would seem to be the implication offered by Australian academic Victoria Grieve-Williams (right):

…  a Warraimaay historian from the NSW mid-north coast, said: “In Australia the race shifting phenomenon is pervasive and well recognised by Aboriginal people. The statistics show that the increase is not natural, but it remains a difficult conversation for Australians to have. The race shifters hold the power, they stifle debate and resist scrutiny in various ways, including attacking Aboriginal people who ask who they are in our cultural terms.

“They tend to be urban-based, clustered in southeast Australia, and raised with all the privilege of being white”.

That last sentence seems to suggest she is referring to people who are not wholly white.  In fact, if we are talking about wholly white people who claim to be Aboriginal, surely a better term would be race-imposters.

Regardless of that, the claim is that because the Aboriginal population is expanding year on year and this growth comes almost exclusively from well-educated, relatively well-off urban people, the Closing the Gap statistics are being distorted.  Dr Gaynor McDonald, not indigenous, is quoted:

Take the Closing the Gap ­report as an example. Year after year, we are told there is no change in Indigenous statistics. Everything has stayed the same.

But if you are adding a whole lot of people who have lived a privileged white life, and had the benefits of good housing, and education, then for rural and remote communities, the conditions must be getting worse.”

But if that effect is real, surely it is exacerbated by the influx of genuinely indigenous newcomers to the tribe who are also urbanised, educated and well-off?  Are these also race-shifters?  Take newcomer Kirsten Banks:

Kirsten Banks is a proud Wiradjuri woman with an undeniable passion for all things space and astronomy. She grew up on Ku-ring-gai country in Sydney’s Northern Beaches always loving the sky. After graduating from Davidson High School in 2014 with the title of “Most Outstanding Student”, she started a Bachelor of Science degree at the University of New South Wales with a major in Physics. Within her first year of tertiary study, Kirsten completed a successful application and was appointed an Astronomy Guide position at Sydney Observatory.

It was at Sydney Observatory where Kirsten first sought out to determine where she and her ancestors came from: she learned she is of Wiradjuri descendent.   Kirsten loves to share her passion for space and astronomy. Her role in the media started in February 2017 with the publication of a feature article about her in COSMOS Magazine’s Space Profile sections. Since then, Kirsten has experienced a whirlwind of opportunities in many different media realms. She’s appeared on countless radio shows and is the resident astronomer on Triple M’s Night Shift with Luke Bona. Kirsten’s ultimate goal in life is to become a famous Science Communicator, so she takes advantage of media engagement opportunities as they happen, but Kirsten’s favourite place to be is in front of people giving public talks. Kirsten speaks regularly at Sydney Observatory, has presented at numerous conferences and loves to present Aboriginal Astronomy workshops during and outside of NAIDOC Week and National Science Week.

Is Kirsten (below) distorting the statistics and inadvertently disadvantaging remote Aborigines?  Is Dr McDonald suggesting that government is satisfied with things ‘staying the same’ and is therefore 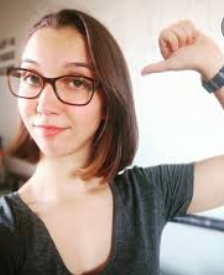 expending less money and effort than they otherwise would?  If so, how does she suggest the government distinguish between those genuine, but well-off Indigenous people and the imposters?

Actually, I wonder about this ‘distorting the statistics’ claim.  Surely, hopefully at least, government Closing the Gap policy, funding and reporting is based on metrics other than the number of people identifying as Aboriginal.

Wiradjuri people have been dealing with this for a couple of decades. What interests me is not simply that race-shifting is happening and on such a vast scale, it is the ways in which it is happening. Box-ticking is a social movement. My analysis in health communication shows how it affects policy – it seems to have 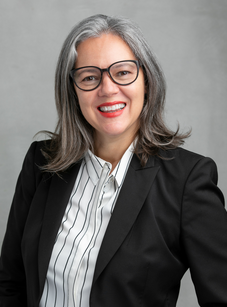 started in housing policy – but it has soared in the education sector, and the stats show, probably unsurprisingly, that the east coast of Australia is the epicentre.

Ms Ingram (right) is in the education sector herself but does not seem disposed to name names.

To me, ‘race shifting’ would embrace anyone, no matter how much Aboriginal blood they have, who has grown up, been educated, lives and works in urban Australia and enjoys all the benefits this country has to offer, then decides to identify as Aboriginal for any reason other than to simply acquire the prenominal ‘proud’ and, occasionally, wear a red loincloth and white paint.

Why Australia Had No Slavery, Part II: The North-West

Why Did Exposing ‘Dark Emu’ Take So Very Long?