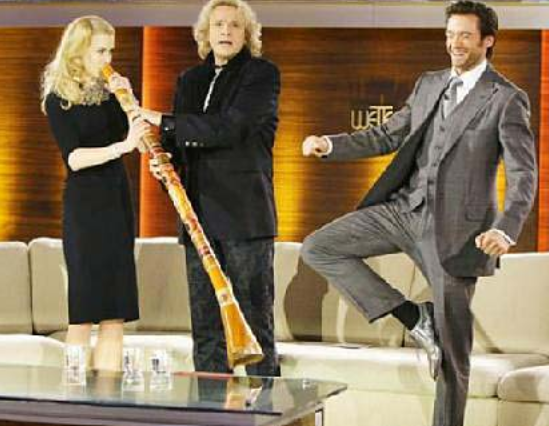 Many Australians, especially those under 40, are struggling to search for a new national identity. They may not realise it, but in the face of decades of multiculturalism we have lost much of our Anglo-Celtic heritage, now interwoven within a variety of races and cultures. Whilst this has brought many advantages, the question arises ‘Who and what are Australians now’?

What is Australia, and what does it mean to be an Australian in 2021? It seems that pictures of old Aborigines standing on one leg, and boomerangs made in China, just don’t cut it any more as symbols, however hackneyed, of Australian identity. Neither does the bronzed ANZAC of Gallipoli mean much to many New Australians who cannot identify with that distant period in our history. We have moved on. The restricted immigration policies that ended in the Seventies today go unmourned, but they nevertheless gave us a sense of cohesion and  belonging within a British heritage. However, over the last 60 years that sentiment has been in terminal decline and is now all but lost. Multiculturalism sealed its fate.

There is now a thirst for something more, especially amongst the young. It appears the understandable lack of any homogeneity between the vast array of Australian ethnicities and cultures means they seek a more inclusive future by identifying with this country’s ancient past. The remarkable popularity for Bruce Pascoe’s Dark Emu, adopted as a school text and honoured with awards and reverential author interviews, is perhaps a case study  in the need to fill the void with something, even if it be no better than a mountebank’s scam. Do we really need to throw the baby out with the bathwater? Do we need to toss aside our British heritage under the weight of multiculturalism? It appears so. Indeed, to be of British heritage, and an older white male at that, is to be earmarked as a member of one of the few groups in modern Australia against which any slander is not merely acceptable but guaranteed to hailed with admiration and applause.

In our struggle for a new identity to clarify who we are, both to ourselves and to the wider world, our search for meaning appears to be a retreat to our earliest origins, to create a new Aboriginal overlay to everything. As a result we now give serious credence to creation myths and legends that are somehow seen as significant to our heritage and culture. Whereas previously they were merely of curious interest with no literal or scientific meaning, they are now revered as our unique collective ‘creation story’ which we are all supposed to believe  and share, and which increasingly receive legislative protection.

That’s what the ABC, SBS and NITV are clearly trying to create – a new ‘Aboriginal’ identity for all Australians; to create a new place for us in the world, and forcing it upon all Australians whether we like it or not. This media-driven reformation makes us all identify, if not as Aborigines ourselves, but for and with Aborigines, as a unified ‘Aboriginal’ nation. Meanwhile, attempts to wipe away all vestiges of our once proud British ‘colonial’ past now divide the nation as activists and the media attempt to remake us into their idea of what our new image and identity should be. The new term is to be an ‘ally’ of Aboriginal people. And if you’re lucky enough to be a middle-class urban ‘First Australian’ then you’re in pole position to take advantage of the new largesse. Never has there been a better time to be an Aborigine.

In this new post-modern era, substantive history is ignored and revised, objective truth doesn’t matter because your truth is not my ‘truth’. Facts are juxtaposed against alternate ‘facts’, and objective analysis is of no consequence because it’s only your opinion. Only propaganda, emotions and the moral high ground matter in this battle for the remaking of Australia. The harsh reality of Aboriginal paleolithic existence in pre-European Australia must be suppressed and re-written, with fantasy peddled as fact, like Bruce Pascoe’s prosaic yet entirely erroneous claims that Aborigines lived in a settled organised agrarian ‘civilisation’ prior to the arrival of the British. These falsehoods are peddled to the unwary masses and proudly supported by ‘your ABC’, all in the name of inventing a new identity for a nation that has lost its way.

How are we to understand this? Purloining phrases like ‘First Nations’ from the Canadians, because in reality Australia never had any Aboriginal ‘nations’, and appropriating the Black Lives Matter slogans and campaigns from America that do not apply to Australia because our forebears never imported slaves from Africa, give the lie to these campaigns. And yet this overseas terminology is, ironically, being culturally appropriated by those who seek to strengthen their very weak case, erroneously applying it to our Aboriginal past.

It is entirely understandable that the early settlers of the 1850’s to 1890’s thought that these poor unfortunates, these literally Stone Age peoples and their base culture, would naturally and inevitably die out – a distant anachronism to the modern world, and many Aborigines clearly felt the same way too, believing they as a people were doomed to simply fade away. It didn’t happen. Victoria’s census of  1877 counted 1,067 Aboriginal people (being 774 full-descent and 293 mixed-descent). By 1901 there were 652 Aborigines left, and by 1927 only 514. Yet by the early 1950’s there were about 1,300 Aborigines now remaining in Victoria.1 Indeed, in 1932 the Aborigines Board reported that “while the ‘full bloods’ were declining, the ‘half castes’ were maintaining their numbers.”2 In fact, the numbers of mixed-descent Aborigines was increasing. As of the 2016 Census, there were an astonishing 47,788 Victorians (.08 per cent of the population) who now identify as being of Aboriginal descent.

The resurgence of 46,500 Victorian Aborigines in the intervening 65 years, virtually all of whom of mixed-descent, has been nothing short of remarkable, greatly accelerating from the Eighties with the acceptance of the tripartite definition of who is an Aborigine. During that same period of the late 20th and early 21st centuries, immigration and Aboriginal growth and empowerment have neatly converged and coalesced in the search for a new Australian identity.

Further, early Australia’s education of Aborigines proved to be a two-edged sword. Whilst Aboriginal education was seen as vitally important to bringing Aborigines into the modern era, such education nevertheless brought new problems. The Aborigines Board candidly noted in 1902 that “it is a much more difficult matter to deal with twenty educated blacks than four times that number of the original and totally uneducated people.”4 Aboriginal people have had children with European settlers and become educated and organised, with mixed-descent Aborigines aided by their white allies proving to be a formidable political force in modern times. The rise in numbers and the activist nature of some Aborigines and their non-Aboriginal supporters has combined with post-modern Marxist education, immigration at saturation levels and a resultant Australian search for new meaning and identity.

Australia’s newly empowered middle-class mixed-descent Aborigines have spawned a multi-million dollar industry to ‘take back their country’. Having become increasingly educated and finding wide support within educational institutions, governments and their bureaucracies, they now want ‘their’ country back. ‘Always Was – Always Will Be’, ‘Aboriginal Sovereignty – Never Ceded’, and ‘Pay The Rent’, all heavily promoted by the ABC, SBS and NITV and eagerly snapped up, swallowed and supported by many gullible and naive people, are clear indicators as to where this is heading. State governments across the country are falling all over themselves to bring it about, most notably in Victoria.

In many ways, Aborigines have now become a pawn in a much larger game of power and control of which many are not even aware. Promoted by clearly socialist interests with a divisive anti-capitalist, anti-government, anti-white, anti-European agenda, guilt-ridden non-Aboriginal apologists are happily acquiescing to their demands, no matter how ludicrous or unreasonable. Unfortunately, over the last three decades most young Australians have been spoon-fed the ‘invasion = colonisation’ and ‘frontier wars/genocide’ mantra from primary school through to university. Education is a powerful thing, and whoever controls education controls the future. Is it any wonder why we are at this crisis point today?

So how are we to understand the annual Australia Day fracas, which this year saw fewer flags and much more parading of victimhood and spruiking of Pascoe-esque piffle? We are in the midst of a clash of the old and the new, of the informed and the ignorant. One “respected Taungurung Elder” is quoted as saying “Captain James Cook took our people and slaughtered them. He was not a good person.” The truth is that Cook slaughtered no one, was indeed a remarkably good person and was himself killed by natives of another culture some nine years before the First Fleet even set sail. What are we to say in the face of such blatant falsehood and ignorance? Yet this is what is being taught to the young and believed by many, Aboriginal and non-Aboriginal alike. How can this happen?

Australia’s search for a new ‘post-British’ identity is laudable; yes, it’s perhaps time that we moved forward, but at what cost? How do we build a common identity in which we all can share? Surely not by tearing down the past or reinventing it to be what it never was in an attempt to shape and control the future. We cannot become unified by handing over vast tracts of public land and assets to small groups of select people to be administered by newly formed and taxpayer-funded Aboriginal quangos. Nor can we be unified by giving both credence and influence to that same group of people, who are in reality just like the rest of us. This is a recipe for division and resentment that will poison us for decades to come.

Whilst Aboriginal separatism is widely lauded by many at the moment, all that can be said is ‘be careful what you wish for’. We are yet to see how all this will all play out once such developments become more widespread, more widely understood and more firmly entrenched. Given that most of us are indigenous to this country – we were born here and have nowhere else to go – are we all one people? Or will there now be two tiers of Australians – those with a slim genetic connection to ancient Aborigines, and then the rest of us?

The Blackening of Australia’s Past

The Epicentre of Our History