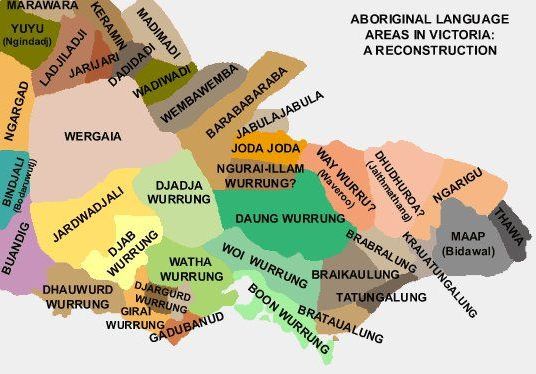 Everyone at some point has been called upon to acknowledge “Elders past, present and emerging”. I’ve sometimes genuflected to their “wisdom, courage, creativity and resilience” at conferences six times in a day. But who decides who’s an Elder, or an “emerging Elder”, an older non-elder, or just a proud member of the XYZ Nation toting a Senior’s Card?

Big Four consultant PwC has grappled with this conundrum in a report handed to the Victorian Treaty Advancement Commission (VTAC) in December. The brief was to advise how an “Elders’ Voice” top-tier structure could work with the First People’s Assembly on Treaty, representing traditional landowners. PwC spent 5000 words defining an “Elder”, after consulting 201 of them in 19 workshops statewide. More than 80 per cent of the Elders want a way to challenge spurious Elders. PwC quotes one Elder: “There is no existing process to confirm ‘who is an Elder’. It’s hard enough to confirm Aboriginality, who would confirm Eldership?” Adds another: “Eldership should be by self-identification, but I am not going to sit in a room with a 20-year-old telling me they are an Elder.”

The “Treaty” is supposedly between the sovereign Victorian Government and the sovereign Traditional Owners at the time of European settlement qua “invasion”. Labor states are gung-ho for it. Prime Minister Morrison and conservative states aren’t interested.[i]  The stakes are high: in WA’s southwest, a de facto treaty is phasing in $1.3 billion to the Noongar communities. The animosities are also high: Elders pleaded that “Treaty must unite us, it must not divide us in the same way that Native Title has.”

Case in point:  Waywurru, Ngurai Illum and Dhudhuroa Elders have lodged a 115-page complaint claiming  Bangerang Elder Fred Dowling,  82,  is not Aboriginal, let alone an Elder. Dowling states his grandmother is a niece of Mary Jane Milawa, a Wangaratta Aboriginal at the time of white settlement. The Age says the dispute could derail Treaty.

Queries could insult an Elder — some could walk away from “Treaty” altogether. Others thought bogus Elders would be outed at meetings with Elders knowledgeable about localities and families: “Don’t worry, we [real Aboriginal Elders] will send them packing very quickly if any of them young’uns try to claim they’re an Elder”.

PwC suggests Elders continue to self-declare  via a “culturally safe and respectful process” for contested cases. Elders’ Voice members could arbitrate. Elders’ own ideas for screening Elders by age ranged from no threshold to 40 years, and as high as at least 70. One complex suggestion was “15 years less than average Aboriginal life expectancy”.

The Elders’ Voice concept was mooted at a forum of 100-plus Elders at Melbourne’s Pullman Hotel in late 2018. It was billed to operate “the Aboriginal way”, and many Elders brought kids, cousins and carers. The add-ons decided their views were also worth hearing. “Carers and family members of Elders dominated that first one. It was totally inappropriate and disrespectful to Elders. I walked out because of it,” an Elder told PwC. The need for “respect” for and among Elders occurs 90 times in the PwC report.

Other quotes: “Youth should listen and learn, not speak and vote …We can’t just have Elders bringing their family members, there needs to be a fair process about which youth get to participate.” An ambitious suggestion was that youth could “play roles such as making cups of tea for Elders.” Another idea was excluding youths with criminal histories.

Roles for the Elders’ Voice include peacekeeping among 33 traditional owners and “to help Assembly representatives remember who they are.” As one Elder put it, “It would be a very brave and foolish Assembly that did not listen to the advice from a Statewide Elders’ Council.”

The Assembly for Victorian land-owners has annoyed Elders in suburbia and “Stolen Generation” claimants living locally but born interstate.  One aggrieved group is the Victorian Traditional Owner Land Justice Group (VTOLJG) whose members resent the priority for traditional owners. Its Elders read out to PwC a prepared opening statement that the ‘tokenistic” Assembly process stank and, hence, no Elders upper house was worth having. Most stayed for the workshop; I assume others walked. The stayers blasted many procedures, required a minority report, and warned they would take their gripes to all Treaty designers including Premier Dan Andrews. “VTOLJG Elders held a consolidated view that the inability of the Elders’ Voice to veto a decision of the Assembly may undermine the cultural authority and integrity of Aboriginal Eldership,” noted PwC.

Rather forlornly, PwC noted the vast range of Elder views even on routine matters like the size of the Elders Voice executive. Most thought 8-15 members was right, but some insisted that every family group should put forward one male and one female rep. That would create “a group size of hundreds/thousands”, PwC noted, adding that some Elders wanted an executive of just two – one female, one male. Incidentally, the “vast majority” of the 200 Elders consulted was female. PwC didn’t suggest why.

The PwC forums did hear a lot about whether Elders currently in jail, on parole, bankrupt, or trailing convictions for fraud and domestic violence should be banned from Treaty processes. Or should Elders be cut some slack because white people’s justice is purportedly so loaded against them? Some Elders said a strict approach “could see a significant proportion of potentially suitable Elders ineligible for membership”.

A statewide Elders’ Gathering of hundreds has been planned (coronavirus permitting), but with no screening or eligibility rules. The main check on numbers will be the budget for attendance fees and travel. A national treaty forum for 500 at Melbourne University this month (April) has been corona-cancelled.

PwC has 60 consultants in its indigenous specialty group, which rivals calculate entails $15-20m in annual fees. Other Big Four firms likewise jostle for jobs in this sector. Analogies with flies and honeypots come to mind. Heaven knows what PwC charged for its 35,000-word report, but it was hard-earned. The consultants urged safe spaces where Elders can disagree. At times they must have wanted safe spaces of their own.

Tony Thomas’ new bookCome to think of it – essays to tickle the brain can be ordered from Connor Court, including an e-version for $14.95.

[i] Style guide for the nation is that you write “Treaty” not “a” or “the” treaty, much like “Country” not “the country”.

The 27 Strings of Victimhood’s Puppets