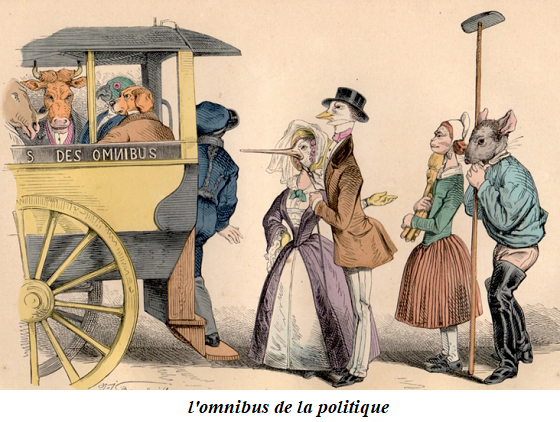 With the French elections fast approaching, I had the dubious pleasure of reading all the manifestos of the twelve candidates. By the time I had finished, I had that slight sensation of nausea that one gets after eating too many chocolate creams too quickly, without, of course, the intervening pleasure of eating chocolates.

Most people are cynical about such manifestos. Do the candidates mean what they say, and even if they did, would they be able to put any of their proposals or promises into action? One journalist to whom I spoke said that the candidates didn’t have much to do with their own manifestos anyway, that they were the work of communication companies. Most people say, moreover, that elections make little or no difference whoever is elected: everything remains the same, the ship of state, like a great tanker, cannot change direction but merely the crew on the bridge, all drawn from a class separate from the rest of the population (the political class), with its own interests and class solidarity that transcend apparent ideological differences.

Is this true, and even if it were true, or contained an element of truth, would it justify cynicism and cynicism’s offspring, political apathy?

Even if all that elections ever did in a modern democracy were to change the personnel without changing anything else, they would be worthwhile. It is an obvious fact that members of the political class strenuously devote their lives to the search for office, so that office must be important to them: which in itself would be an excellent reason to deny them longevity in it. If we imagine a system in which there were no possibility even of changing the personnel, it would be worse than the present system, albeit that permanence in office might be conducive to strategic planning—à la Putin.

But in any case, it is not true that there is no difference between candidates. If political symbolism is important—and after all, the manipulation of symbols occupies much of our mental life—the meaning of a victory in the election of Éric Zemmour would be very different symbolically from that of Natalie Arthaud, say, of the lutte ouvrière, even if (what is very unlikely) nothing else changed in practice. My prediction (admittedly not evidence in itself) is that if either Zemmour or Marine Le Pen won the election, there would be widespread rioting before they could actually do anything supposedly to justify it. The rioting would be purely anticipatory, but none the less serious for that.

Not that I expect, or hope, either of them to win. Both of them have been severely damaged by their previous cosy relationship with Vladimir Putin, suggesting at best poor judgment and at worst a hankering for authoritarianism greater even than the incumbent’s. M. Macron’s best argument is thus that to be found in Belloc’s Cautionary Verse, possibly the most profound, or at any rate most generally applicable, political principle of our time:

… always keep a-hold of Nurse
For fear of finding something worse.

From a British point of view, one of the things that is evident from reading the manifestos is a general anxiety about the decline of French power in the world. This is interesting because it is commonly supposed, both by those who opposed Brexit in Britain and those in France who thought that it was a foolish decision, that those who voted for it were motivated largely by nostalgia for the days when Britain was a great and independent power. This belief preserved those who had it from the necessity to think about what might have been wrong about the European Union and its so-called “Project”—always named but never given concrete content for fear of stirring opposition to it—that led to Brexit.

The division between the candidates on this question is mainly about how France’s standing in the world is to be recuperated: in essence, either by cleaving to the European Union, which in this context means Germany, or by greater independence and sovereignty than the Union allows. Zemmour’s manifesto says:

France has imperative need of independence and sovereignty. She therefore has the duty to be powerful.

That of Macron says:

In trusting me, you will vote for a stronger Republic and a Nation in our Europe.

Most of the candidates offer at least three impossible things before breakfast: lower taxes, more government expenditure and reduction of the debt. All offer increased subventions to the aged, the ill, the handicapped, the young, the students, for culture. Not only will teachers, nurses and care assistants be better paid, but there will be more of them.

The Left is deeply divided. There are the Greens, for whom the environment is what the proletariat was for the communists, the pretext for exercising great power; there is the Mayor of Paris, Anne Hidalgo, who is doing an excellent job of uglifying Paris in the name of the environment; there is the Popular Union of Jean-Luc Mélenchon, over whom a permanent air of charlatanry hangs; there is the rump of the once-powerful Communist Party, whose slogan, “The France of Happy Days”, would surely have made Thorez or Marchais grimace; there is Philippe Poutou, of the New Anti-Capitalist Party, who wants to “take back what they have stolen”, which makes me wonder whether I am one of the thieves or one of the victims of theft (I can’t quite make up my mind); and bringing up the rear, Natalie Arthaud of the Workers’ Struggle, who addresses voters not as mes chers compatriotes (my dear compatriots), like most of the candidates, but as travailleuses, travailleurs (working women, working men).I still think that the President will be elected and in the reduced sense of being the best of a bad bunch, will deserve to be re-elected. He is the least worst: Gerard Manley Hopkins having enunciated the second great political principle of our time, admittedly in a non-political poetic context, namely, “No worst, there is none”.

It is part of the pathology of power in democracies that people who have been legitimately chosen in the sense of having been elected without fraud and according to pre-existing rules come to think of themselves as popular and therefore as entitled to treat their town, their city or their country as a piece of laboratory apparatus (Ms Hidalgo was elected mayor with less than 20 per cent of the votes of the registered voters, in her own opinion entitling her to inflict terrible damage on the fabric of Paris). There are many criticisms to be made of M. Macron, for example his tendency to strut and fret his hour upon the stage, but he is at least a known quantity and has no known economic principles to which he will adhere through thick and thin. His tendency to grandiosity or even megalomania will be checked by reality itself, of which he still has at least some grasp.

His manifesto—We all—is unconsciously revealing. He says, “I have learned from these five years at the head of the country that there was only collective ambition, co-operative success.” No doubt any new head of state has much to learn, but M. Macron makes it sound as if being president is principally a personal learning opportunity. He wants to promote a “pact between generations”, “a pact for production” and “a pact for the Republic”, which makes it sound as if his ideal of social relations is that which existed between Ribbentrop and Molotov.

People have asked for a global view of the situation. I don’t have one. A couple of streets away from my flat in Paris there was a small and somewhat bedraggled communist demonstration, with a few red flags. The participants, a mixture of workers of the hand and brain, to coin a phrase, did not so much look as if they had a world to win as time to waste.

Further on, there was a noticeboard for election posters. “Cheat!” was scrawled across M. Macron’s face, as well as the word “Facihiste” (sic). The faces of Le Pen and Zemmour had been scratched out. The only poster to remain intact was that of Natalie Arthaud of the Workers’ Struggle. I should perhaps mention that property round here costs about €11,000 a square metre.

Will We Ever Shake Hands Again?