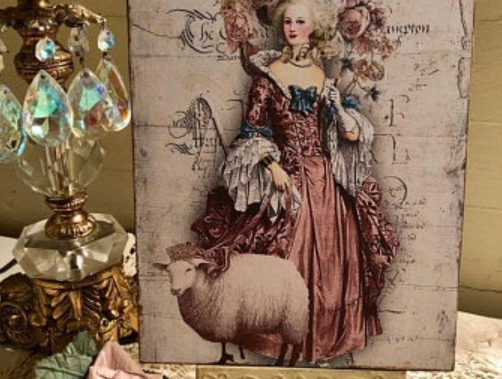 The epidemic of COVID-19 has brought out a surprising amount of intellectual modesty in people who normally know everything about everything, including the secret of the good life. Indeed, some of them have even gone as far as to say within my hearing that they were glad that they were not in charge when the whole business started: for almost unprecedentedly, they wouldn’t have known what to do for the best. One thing is certain, however: they would have been blamed whatever they did.

Politicians were enjoined to listen to the scientists, but of course this was easier said than done since the scientists spoke with all the harmony of a piece by Stockhausen. No doubt there was a predominant view among them, but predominance is not truth, let alone wisdom. And when error is predominant, its deleterious effects grow exponentially.

Astringencies appears in every Quadrant

Was it right to imprison half the world’s population? Certainly I have read quite convincing arguments that it was not right, that it might have done more harm than good, arguments that I actually wanted to believe; but again, plausibility is not truth. Arguments that take the form of it stands to reason often turn out to have been false, and the reason was not reasonable after all. There was, for example, the argument that because a drug called hydroxychloroquine was toxic to the virus in vitro, it must have been (because it stood to reason) toxic to it in vivo, that is to say in the affected patient. This argument was invalid for a large number of reasons, but it did not prevent certain governments from stocking up on the drug.

It is often said that the ills of modernity derive from the loss of authority and from the rise of an inflamed individualism in which everyone takes himself to be a sovereign authority. Hark what discord followed! I have made the argument myself and in normal times (that is to say BC, Before Covid) I still think there was something to it.

My awareness of the problem arose in a disagreeable context. I noticed that parents were often conniving at the sexual relations of their children with much older adults, relations that were, strictly speaking, illegal. I inquired as to why they connived at them and the answer they all gave was revealing.

The age of consent, they said, was arbitrary and moreover not very realistic. Was I trying to tell them, they asked, that a girl of sixteen years exactly (the age of consent in Britain) was adult and emotionally mature enough to give her consent to such relations, but the day before her birthday she was not? This was absurd.

In a certain sense, it was absurd, of course. Children do not change their level of maturity overnight. You grow into maturity, you do not metamorphose into it in an instant. But if you cannot make distinctions because most characteristics are dimensional rather than categorical, then you would be unable to make many distinctions at all, for example between a tall and a short man. The objection to an age of legal consent because of the absurdity of supposing that there is a complete change of mental capacity between one day and the next could be raised about any age of consent whatsoever: it would abolish the very idea that there should be such an age. Incidentally, no parent ever argued that the age of consent was mistaken, it should have been fifteen or fourteen rather than sixteen: parents’ objection was always conceptual rather than empirical.

Except, however, in one respect: they always claimed to be better judges than the law of the level of maturity of their child appropriate to consent to sexual relations. Did not the level of maturity of children vary? Some were young adults at twelve, others conducted themselves like infants at the age of eighteen. The law was thus a Procrustean bed, in which all offspring were obliged to fit.

There was obviously some force in this argument. The law is a very blunt instrument. Most parents, it is to be hoped, know their children better than the legislators of several decades ago. And yet it can hardly be doubted that there must be some legally laid-down age of consent.

But in any case my point is this: that the parents with whom I discussed the matter were in effect refusing to accept a law that could not either be justified by reference to an indubitable classification that was to be found in nature, but which on the contrary laid down limits (such as age) that were arbitrary, or alternatively that was not completely in accord with their views of a particular case, namely their child. In other words, they were the sole judges of whether a law was right and therefore to be obeyed. Sovereignty lay not with the people through a government, but directly with the person.

There are many examples of the increasing sovereignty of the person. For example, the student, having become the customer of the university, has the right not only to choose the subject that he wants to study, but to decide the actual content of what he is taught, and to reject it if he doesn’t like it. He no longer accepts the authority of a body of academics who know better than he what he should know. Being a student is not part of a journey, it is proof of having arrived. And that proof of arrival comes earlier and earlier. It used to be that one grew into studenthood, a student being different from a pupil in that he partially (but only partially, though increasingly) chose himself what to study. The change is reflected semantically. Even children as young as three are now often referred to by teachers and others as students, rather than by the dread word pupils. An art dealer of my acquaintance, who started adult life as a teacher of mentally handicapped children, was instructed nearly forty years ago (trends start earlier than one thinks) that he was henceforth to refer to his children as “students”. The subject that they studied was how to dress themselves. The bullying aspect of this change in terminology was that, if you objected to it as absurd, you were accused of paternalism, authoritarianism and lack of respect for the autonomy of your wards. Thus was ushered in the era of anti-authority authoritarianism.

There was (and perhaps there always is, at least in modern conditions) a large element of personal psychodrama in the attitude of revolt against or opposition to authority, as well as the desire, perhaps, to replace the authority of others with one’s own ineffable authority. It is one thing to be against authority under a dispensation that will imprison you or even kill you and it is quite another under a dispensation that will do neither of these things, and may even reward you, for your supposed or alleged revolt.

What struck me so forcefully during the COVID-19 shutdown, then, was the docility of the populations in many countries, the vast majority of whose intellectual class would have considered itself by nature rebellious and viscerally opposed to the constituted authorities. In the event, no herd of sheep could have been more compliant or docile, indeed I have in my time observed more individualistic or refractory sheep.

Perhaps this was because the sheep were all convinced of the correctness of the policies pursued or imposed by their governments. Their conformity was the natural consequence of their intellectual conviction, but I hope I shall not be accused of cynicism in doubting that this was the case. The population agreed to be confined not because it thought that it was right to imprison itself in its homes, but because it feared the consequences if it did not: the legal and penological consequences, that is, not the medical devastation wrought by the virus.

Of course, one could interpret the conformity in a better, more flattering light. It could be interpreted as an instance of public self-discipline and solidarity. The public accepted imprisonment because it feared to infect its neighbours. Again, I hope I shall not be accused of cynicism in doubting it. I think, rather, that we are all Marie Antoinette now, that when we play the rebel we are about as sincere as was Louis XVI’s wife when she played at being shepherdess and then returned to the grandeur of Versailles. Of course, play-acting may have real consequences, as Marie Antoinette discovered to her cost.

Among Anthony Daniels’s recent books is In Praise of Folly: The Blind-Spots of Our Mind (Gibson Square, 2019), published under his pen-name, Theodore Dalrymple

From Detroit, This Year’s Model