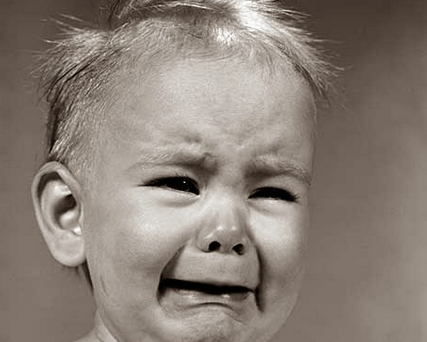 At the end of an interview recently, I was asked whether people should express their emotions. I replied that it rather depended on the emotions that they had and their mode of expression. There were some emotions that were best kept to oneself, and some ways of expressing them that were disgusting.

This is not a fashionable view, of course. Not only is failure to express an emotion regarded by many as treason to the self, but almost as medically dangerous, in that an unexpressed emotion will turn inwards and result in a kind of emotional septicaemia, eventually emerging as something far worse. As Blake put it, Sooner strangle an infant in its cradle than nurse unacted desires and the road of excess leads to the palace of wisdom.

It seems to me (though I may be mistaken) that, at least in Anglophone countries, there has been a tendency of late years for ever more extravagant public expressions of emotion, which is something that I do not welcome. It leads not to the palace of wisdom, but to crudity of apprehension, and to an unfortunate positive feedback loop: if you want to show how much you feel, you have to indulge in ever more extravagant such demonstrations.

This is evident in small things, for example in advertising, in which pleasure at the possession of, say, a new mobile telephone or soft drink to revive you after a hard night’s partying is signalled by wide open mouths uttering screams of joy, punching of the air, and so forth, as if anything less were undecipherable by the targeted public. When sportsmen win a match or game, they too indulge in more extravagant expressions than they used (admittedly, they will have earned much more money than their predecessors). A goal in a football match now evokes more extravagant expressions of emotion, both in the players and spectators, than did the end of the Second World War. And loss is likewise expressed extravagantly, with tears and faces of agony. As the slogan on the sides of Nigerian buses has it, Why die in silence?

This development favours the explicit over the implicit and the bogus over the genuine. Indeed, it reduces people’s capacity to distinguish between the two, or even to understand that there is a distinction between the real and the bogus. No one would now say, as did an old patient of mine upon whom fate had piled undeserved tragedy upon undeserved tragedy, that she would not cry in public because it might embarrass other people and her grief was her own: people would now accuse her of mere unfeelingness. Incidentally, she was working-class.

The very notion of dignity and seemliness is destroyed by incontinent emotional expression. I haven’t tried the experiment, but I doubt that many people could or would now even attach a meaning to the word seemliness: but seemliness is to self-respect what incontinent expression is to self-esteem, and the difference between self-respect and self-esteem is of great importance. The first is demanding, effortful and social, the second is undemanding, egotistical and akin to an inalienable human right that survives any amount of bad behaviour.

Every happy family, said Tolstoy, is happy in the same way, but every unhappy family is unhappy in its own way. In like fashion, expression of negative emotion such as hatred and resentment is much more protean in its manifestations than that of positive emotion. There are other advantages to negative emotions: insofar as they are far easier to stoke, can last much longer than positive emotions—joy is rarely more than fleeting—and are usually more intense, they are, in the long run, more rewarding, especially when, as in the present day, the locus of people’s moral concern is political rather than personal. It is surely almost self-evident that the strongest political emotions are negative: for example, the rich are hated much more than the poor are loved.

In such circumstances, expressions of hatred are often mistaken for expressions of love. Greater love hath no man than this, that a man lay down the life of another for some class of person whom he favours in the abstract. Thus vehemence of expression comes to be taken as strength of feeling, and the greater one’s vehemence, the greater one’s strength of feeling and therefore of one’s virtue—virtue now being a matter almost entirely of the opinions one holds. Extreme expression of hatred becomes a virtue.

The change in emotional temper, at least in Britain, can be dated with some accuracy. It came with the eclipse of Terence Rattigan as the country’s most important and popular playwright by John Osborne and others. Of course, no such development was complete overnight, nor was the eclipse of Rattigan the cause rather than a symptom of that change. Coincidental or not, Look Back in Anger (the anger of the title being free-floating, about nothing much, as if strong emotion were a good in itself) was first staged in 1956, the year in which Britain’s demotion to the status of third-rate power was made brutally clear and unmistakable. It was the year in which Britons could no longer take pride, or psychological comfort, from being citizens of a powerful and important nation, whatever the quality of their personal lives.

At any rate, Rattigan was a master of the implicit and unexpressed, but soul-shattering, emotion. No doubt his position as a homosexual assisted him in this mastery, for he came to maturity at a time when homosexuality was neither legally not socially acceptable, at least in public, and had to be kept hidden. Secretiveness was therefore second nature to him.

For reasons somewhat arcane and complex to do with something else that I was then writing, I re-read his short play The Browning Version last week. I wondered whether it would, or could, mean anything to a generation brought up with the kind of pseudo-frankness or openness promoted by Facebook and Twitter. In the play, a dried-up schoolmaster called Crocker-Harris breaks down emotionally when a boy whom he has taught gives him a copy of Browning’s translation of the Agamemnon as a parting gift when he, Crocker-Harris, who long ago wrote an unpublished verse translation of the same play, is leaving the school because of illness. Crocker-Harris had until then supposed that he was disliked by his pupils (pupil is a word that has almost disappeared from our lexicon, such that even five-year-olds are now called students), having always done what he conceived as his duty rather than seek popularity, which he was in any case temperamentally and culturally ill-suited to doing. His unfaithful wife, whom he has unsurprisingly failed to satisfy and who has a streak of great cruelty, informs him that the pupil’s parting gift was not a sign of affection but a sly pursuit of personal advantage. Crocker-Harris is horribly wounded by this—we know that he will be wretched for the rest of his days—but he retains his icy self-control to the end.

Crocker-Harris betrays very little emotion throughout the play, and on the one occasion that he does so he thinks he has made a fool of himself by his naivety: there is thus safety in inexpressiveness. It is precisely because he does not express his emotions that we understand, at least if we have not been reared from an early age to practise self-dramatisation, that his emotions are of volcanic intensity, much more intense than those of the shallow public display to which we have become accustomed. Understatement is much more powerful than overstatement, for it requires or calls forth the active exercise of the imagination.

Needless to say, emotional self-control can go too far, as any virtue can. Even the Victorians understood this. When Stanley claimed to have said, “Dr Livingstone, I presume?” when he had hacked his way through Africa to find him on the shores of Lake Tanganyika, the Victorians collapsed with laughter. It is not as if there were thousands of Europeans living in Ujiji at the time, any one of whom might have been Dr Livingstone.

As with so many things, the proper public expression of emotion is a matter of judgment rather than of doctrine or predetermined principle. It is also a question of good taste. Crocker-Harris is certainly not a beacon to the world as to how to behave, but histrionics of the kind all too common today are not desirable either. If I had to choose between them (which of course I do not) I would choose emotional constipation rather than emotional diarrhoea. At least the former can give rise to powerful drama, whereas the latter gives rise to crude soap opera at best. Concealment is more interesting than revelation, and often ultimately more revealing into the bargain.

Anthony Daniels recently edited the Everyman anthology The Best Medicine: Stories of Healing,
which was published in March, under his pen-name Theodore Dalrymple.

Tales of the Tape