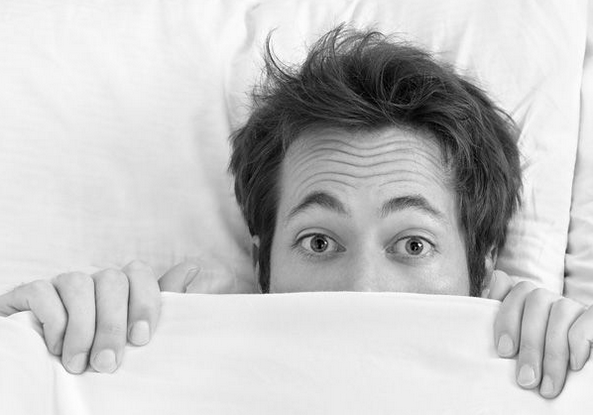 Incitement to psychological fragility is one of the most important enemies of freedom today, especially where the taking of offence requires no justification and confers certain moral rights automatically, including those of censorship, upon the offended. Anyone who does not compassionate the offended compounds the supposed reason for his or her having taken offence in the first place. Moreover, taking offence is the highest proof of that most sterling of all human characteristics, vulnerability. Only the insensitive and hard-hearted lack vulnerability.

To increase people’s vulnerability is thus to improve their character. As it happens, it also creates job opportunities, for example those of so-called sensitivity readers, those youngish women, educated in the humanities, who read books for publishers in order to pre-empt any offence that readers might take. Without people primed and ready to take offence, where would they be?

Of course, only certain types or categories of people must be protected from offence; others may be offended with impunity, indeed it is a duty and a pleasure to do so.

At first sight, there is a contradiction here: if it is a sign of virtue to be offended, then why try to prevent offence being taken? However, the habit of taking offence, luckily for the sensitivity readers, is a little like peanut allergy—the more you try to protect children at an early age from peanuts, the more such allergy there is. The more people are protected from that against which they might take offence, the more hypersensitive and easily offended they become, so the more protection they need. Sensitivity reading is a job for life.

It is therefore important to seize all possible occasions to emphasise the fragility of the human psyche.

For the first time since the start of the Covid pandemic I went to the cinema recently, in the somewhat misnamed Majestic cinema five minutes’ walk from my house. It is very rarely that it shows any film that I might want to see, despite having three screens. Suffice it to say that the public taste in my little town is not very elevated.

Before the film was shown, it came with a warning against three things: bad language, sex and discrimination. The bad language and sex were described as moderate.

Now I am myself somewhat prudish by nature, especially in the matter of bad language. I think it should be kept in reserve and brought out only on very important or special occasions. If used all the time, it has no real impact and is inexpressive. English is rather impoverished when it comes to bad language and so, apart from being bad in the moral sense, it is bad in point of monotony and uninventiveness. I am told that by comparison Hungarian, for example, is rich in expletives and the like, and it is possible to swear and insult in Hungarian for minutes on end without repetition. Of course, I haven’t the faintest idea whether this is true.

I regret very much the resort to bad language in Anglophone life. In England, the rapid increase in its daily use is almost exactly datable, back to the time when the highly superior theatre critic Kenneth Tynan first pronounced a certain word on BBC television, thinking thereby that he was liberating his fellow-countrymen from the terrible chains of respectability. It is sometimes claimed that the Irish writer Brendan Behan had used it before him, but he was so drunk at the time, and his speech so slurred and incoherent, that nobody could quite catch what he said.

Less than fifty years later, it was more or less compulsory for anyone who wanted to be taken seriously to use the word constantly. How can you be a real intellectual if you refrain from using it? For example, in the widely praised play by Nina Raine, Tribes, about a deaf son in a middle-class Jewish intellectual family, the father seems hardly able to utter a noun or verb without qualifying it thus, though in fact the qualification does not even act as an intensifier, so frequently is it used.

The curious thing about the warning before the film is that the film actually contained very little such language, and in fact was rather sparing of it, realistically so since it was set in Britain a few years before Kenneth Tynan set us all free to use it all the time. One hears more bad language walking down the High Street of my little town than one did during the film. I would not have been shocked by it even fifty, certainly forty, years ago.

Perhaps the warning was given to induce such a state of apprehension in the audience that they would be pleasantly surprised by the comparative gentility of the dialogue: but I doubt it. More likely, it was to make us aware of psychological fragility in general, that if not we, at least our fellow-citizens were made of eggshells, psychologically speaking, so that we must constantly be on our guard against giving offence.

Thus, extreme vulgarity and prudish hypersensitivity come to co-exist, not in a stable equilibrium, but in an unstable one, which needs a host of professionals to control.

As for the sex, it was very moderate, as sex goes, rather furtive and fully-clothed. It is still possible that a child of ten wouldn’t even have known that it was sex.

We come now to discrimination. There were a couple of scenes in the film in which racist behaviour towards a Pakistani newly immigrated to Britain was shown. This was attempted straightforward social realism, not very well done, so I thought, but certainly not exaggerated, the reality often having been far worse than that depicted. Are we children, then, that we must be warned against scenes that confront us with our own recent past, things within the living memory of many? Were the susceptible, having paid their entrance, supposed to say, “I am so sensitive to discrimination that I cannot watch a film that portrays it” and then walk out? Is the warning to head off law-suits by those who were so upset at these scenes that they developed some kind of psychiatric condition that prevented them from ever working again, the defence again at such a suit being, “We warned you”?

Sometimes I buy packets of nuts with the following warning inscribed on them: “May contain nuts”. And there I was, hoping that they did contain nuts.

Warnings that assume that we are a population of histrionic or hysterical personality disorders are common these days. I very rarely tune in to the BBC—as Pudd’nhead Wilson said, it’s better to know nothing than to know what ain’t so—but la guerre oblige.

There was recently a video clip on the BBC of a Russian helicopter being shot down. The helicopter flies in from the left, a missile flies in from the right, the helicopter is hit and catches fire, it follows a fast downward trajectory to the ground where it explodes into a fireball. It is impossible that the pilot or passengers, if any, escape with their lives.

The video is quite clearly marked that it is of a helicopter being shot down and that it needs to be activated by a click on an arrow. After the click, and before the video starts, a warning pops up:

Is there anyone so naive, especially in an age when half the population has spent its youth shooting down virtual helicopters and killing virtual soldiers, that he would be deterred by this warning from watching the video? It would be interesting to know how many potential viewers, out of millions, were actually deterred by this warning. I should be surprised if there were any.

At whom, then, was the warning aimed? Perhaps this is the wrong question: it should be, “What was the purpose of the warning?”

I think it was to instil in the population the idea that there are large numbers of delicate people—adults—in our society who need protection the way that minors were once thought to be in need of protection, because they are psychologically so sensitive, fragile and vulnerable. This in turn necessitates a great army of sensitivity readers and the like to prevent distress, and counsellors, psychologists and so forth to cure it after it has occurred. At the same time as our culture is unprecedentedly vulgar, crude and violent, we must protect people from representations of vulgarity, crudity and violence. In the words of the old Flanders and Swann song, “It all makes work for the working man to do.” But we have progressed somewhat since their benighted time: it makes work for the working woman too.

5 thoughts on “The Fragility-Industrial Complex”

Authoritarianism in Cement and Steel

Will We Ever Shake Hands Again?

The Linguistic Termites Are Every­where