Kabalarians at the Gate 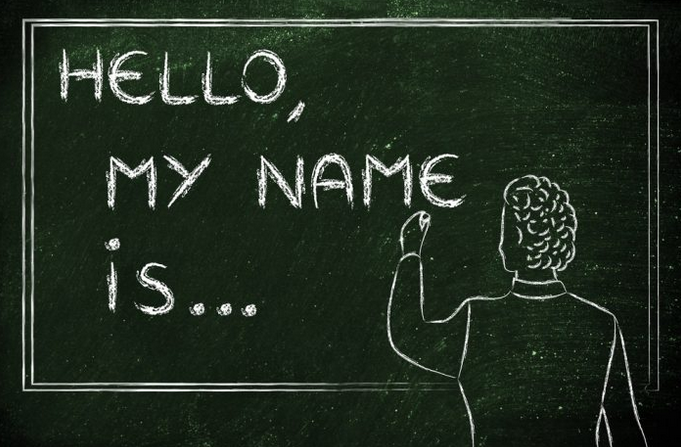 There is no lower age limit for political correctness. Give us a child for seven years, the Jesuits of the new orthodoxy might say, and he is ours for life.

In America, a little girl called Rhythm Pacheco, aged nine or ten (reports vary as to her age) refused to do a sum set by her teacher as homework because, allegedly, it violated her highly developed sense of right and wrong. The sum in question asked Rhythm to calculate the difference in the weights given of the heaviest and lightest of three notional girls called Isobel, Irene and Sue. Little Rhythm circled the question and wrote What!!! beneath it as an expression of her outrage. Then she wrote, “This is offensive! Sorry, I won’t right this its rood.” She also wrote a note to her teacher, saying, “I don’t think that math problem was very nice because that’s judging people’s weight.”

Of course her adoring mother and father are reported to have said that they were proud of her for having done so. Her mother said, “Rhythm’s dad and I were extremely proud of Rhythm for listening to her gut instincts and standing up for what is right.” She continued, “Rhythm’s teacher was so responsive and handled the situation with such care. She told her she understands how she would be upset about this and that she didn’t have to write out the answer.”

There must surely be some doubt about the spontaneity of little Rhythm’s response. I doubt whether, at her age, I would, or could, have ringed a question and written What!!! underneath it. But it hardly matters whether it was the girl’s own idea, or whether her mother or father put her up to it; for if it were her own idea, it would demonstrate only how far she had already been indoctrinated, whereas if it were her mother’s idea it would demonstrate only how far her mother was prepared to go in indoctrinating her daughter.

I even wondered whether the story was in fact fake news, made of whole cloth. There was indeed an absurdity to the question as reported, namely that the weights of two of the girls were given in kilograms to three decimal points, whereas the weight of one (the heaviest) was given to no decimal points, as thirty-five kilograms precisely. No one weighs anyone, not even boxers before a fight, to three decimal points of a kilogram, that is to say to the nearest gram. But the absurdity of the question was not what was objected to, it was its alleged deleterious stigmatisation of the fat, although it gave not a hint of adverse judgment. The child had allegedly sniffed out adverse judgment like an Inquisitor sniffing out heresy.

Even if we were to learn that the story were fake news, it would bring us little comfort because it was plausible enough for us to have believed it. There is little doubt that children, even the most privileged, are being bred up to easy moral outrage about complex and difficult social matters before they can even think, which is why, perhaps, a child of nine or ten can spell correctly the word offensive but not write (or we are willing and able to believe that it can).

My attention was also caught by the first name of the politically-correct child: Rhythm. This is not a traditional name, though not actually ugly; but her parents have evidently accepted the increasing convention of giving a child an unconventional, and sometimes previously unheard of, name. This is a worldwide, or at least occident-wide, phenomenon. In Brazil, for example, parents in any year give their children one of 150,000 names, most of them completely new, made up like fake news, and in France, 55,000 children are born every year who are given names that are shared by three or fewer children born the same year. This latter is all the more startling because, until 1993, there was an old Napoleonic law (admittedly not rigidly enforced) that constrained parents to choose among 2000 names, mainly those of either saints or classical heroes.

What does the phenomenon of giving children previously unheard-of names signify—assuming that it signifies something? I think it is symptomatic of an egoistic individualism without true individuality, of self-expression without anything to express, which is perhaps one of the consequences of celebrity culture.

I performed an internet search on the words Rhythm as a given name. I soon found the website of a group called the Kabalarians, who believe that the name given to a child determines, or at least contributes greatly, to its path through life, especially in conjunction with the date of birth:

When language is used to attach a name to someone this creates the basis of mind, from which all thoughts and experiences flow. By representing the conscious forces combined in your name as a mathematical formula, one’s specific mental characteristics, strengths and weaknesses can be measured.

It invited readers to inquire about the psychological characteristics and problems of people with various given names. I invented a child called Rhythm of the same age, more or less, as Rhythm Pacheco. This was the result:

The name of Rhythm causes this child to be extremely idealistic and sensitive. She will find it difficult to overcome self-consciousness and to express her deeper thoughts and feelings in a free, natural way. She is too easily hurt and offended, and will often depreciate her own abilities. Because of her lack of confidence and her sensitivity, she will go to great lengths to avoid an issue. True affection, understanding, and love mean a great deal to her, as she is a romantic and emotional youngster. Often she will resort to a dream world when her feelings are hurt. She could be very easily influenced by others, for she will find it difficult to maintain her individuality. This problem could become more predominant during the teenage years. Although there is much that is refined and beautiful about her, the lack of emotional control could bring much unhappiness, repression, misunderstanding and loneliness later in life. Tension could also create fluid and respiratory problems. Because of the sensitivity created by this name, she will find it difficult to cope with the challenges of life.

There is, in fact, a semi-serious theory of nominative determinism, according to which a name may influence a person’s choice of career: two of the most prominent British neurologists of the first half of the twentieth century, for example, were Henry Head and Russell Brain. A recent Lord Chief Justice of England was called Igor Judge. And surely it must work in a negative direction too: no poet could be called Albert Postlethwaite. However rational one believes oneself, one might also experience a frisson of fear on consulting a doctor called Slaughter—as was called the doctor and popular novelist Frank G. Slaughter.

When I first went to Africa, I encountered patients whose first names were Clever, Sixpence or Mussolini. The first of these names was presumably an instance of magical thinking, while the second two were chosen merely because the naming parents liked the sound of them. Years later, during the civil war in Liberia, I met a constitutional lawyer called Hitler Coleman, who presumably desired to live his name down by concerning himself with the rule of law.

In the case of little Rhythm, the influence or effect of her name on her life and attitudes, if any, would be difficult to distinguish from that of the parents who gave it her. They are all of a piece. It is very unlikely that she should have developed such hypersensitivity to the surmised or imagined feelings of the fat spontaneously or without ideological assistance. In other words, she was being programmed to grow up as a nice, good, decent censorious person, never to have a thought or an emotion out of place, and willing always fearlessly to defend the latest orthodoxy in concert with hordes of other like-indoctrinated people.

Perhaps the most dispiriting thing about the whole story (which I am now assuming was genuine) was the reaction of the teacher. She caved in or surrendered immediately, prophylactically as it were, as if the child were a proper judge of the matter at issue and she (the teacher) were afraid of what the adoring parents, who were in awe of their own child’s precocious moral sense, would say if she (the teacher) had insisted that the child should do her homework as set. There is no higher authority nowadays than a child.

Anthony Daniels’s most recent book is In Praise of Folly: A Psychiatrist on the Blindspots of Genius (Gibson Square), published under his pen-name, Theodore Dalrymple