Innocence’s Fearful Faith in the Unknowable 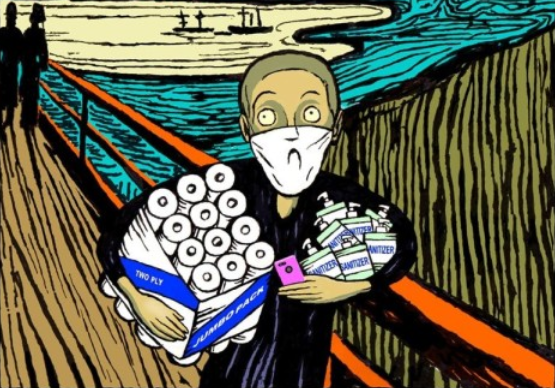 You call that a pandemic? The coronavirus has come and (mostly) gone, with each new “variant” seemingly weaker than the last. That should come as no surprise. The expectation that a mutating flu-like virus should become more infectious but less deadly over time is a core prediction of epidemiological, and indeed evolutionary, theory: Darwin could have told you so, if he had known about viruses at all. Select on speed, he said, and all other qualities of the racing pigeon must go to pot; select on transmissibility, and all other qualities of the coronavirus must go to rot. The world is awash with echoes of viruses past, once horrifically deadly but now no worse than an ordinary flu, just as it is awash with pigeons, none of them very smart.

Thus the 2020-21 coronavirus pandemic is winding down, as epidemics inevitably do, and it is perhaps not too early to tally its record. The coronavirus, we are told, resulted in five million deaths from 250 million cases, which makes it worse than any modern flu but relatively moderate in the league table of deadly diseases. For comparison, roughly 60 million people die in a normal year, making 120 million over a two-year period like 2020-21. In a typical two-year period, the global tally of influenza deaths is around 750,000, making the coronavirus around six to seven times as deadly as an ordinary flu. That’s pretty bad, but cause of death figures aren’t additive: many of those who died “with” the coronavirus are those who would have died “with” the flu had the coronavirus never been invented (a term the Philistine employs advisedly). After all, everyone is going to die. It’s a question of when, not if.

This column appears in the newly released December edition of Quadrant.
Become a subscriber and enjoy immediate access
to all current content and archives

Substitutability makes death attribution a tricky business: flu deaths, for example, have reportedly been down more than 95 per cent over the last two years. Had there been no coronavirus pandemic, it is statistically certain that there would have been at least half a million more flu deaths. Of course, it must be remembered that the coronavirus death totals represent numbers who died despite extraordinary public health interventions, without which 2.2 million people would have died in the US alone, “not accounting for the potential negative effects of health systems being overwhelmed on mortality”. Well, so said Imperial College London.

Roughly 2 per cent of people who ever recorded a positive coronavirus test result died “with” the disease (but not necessarily “from” it), which again seems like a lot, until you consider that 0.8 per cent of all the people in the world who did not record a positive coronavirus test result died this year anyway. Life is a risky business. In the cruel actuarial calculus of estimating disease burdens, other diseases are much more deadly than the coronavirus. Take diarrhoeal diseases like cholera and typhoid. Over the last two years, just as many people have died with diarrhoea as with coronavirus. Worse, diarrhoea mainly kills children, causing many more lost years of life than coronavirus, which disproportionately kills the elderly. But diarrhoeal diseases mostly afflict poor children who live in rural areas in the tropics. No public health emergency there.

Vaccination requirements are not so silly. Nor are they necessarily harmless. The immediate risks posed by coronavirus vaccines are now becoming apparent: blood clots, heart inflammation, nervous disorders, and other potentially serious side effects. Fortunately, these life-threatening reactions seem to be very rare. More mild but still unpleasant reactions are very common. But when dealing with such a dangerous and potentially deadly disease as COVID-19, the population-wide benefits of vaccination clearly outweigh the population-wide risks. Whether the individual benefits outweigh the individual risks has become a moot point. Vaccination targets have replaced case counts as the standard yardstick for measuring government performance, and whatever their merits, vaccine mandates are here to stay.

As the Good Book says, “he that handleth a matter wisely shall find good: and whoso trusteth in the Science, happy is he”. But the Science moves in mysterious ways. The history of medicine in particular is littered with “didn’t think of that” moments, from the use of frontal lobotomies to treat mental illness (the inventor won a Nobel Prize) to the prescription of the proven safe drug thalidomide to pregnant women without considering its potential effects on their foetuses. Mistakes will happen. Surely, however, they will never happen again. Vaccines rushed to market with expedited regulatory approvals in the heat of a pandemic are certain to be safe. The Science says so.

And the beat goes on: now that most adults have been vaccinated against the coronavirus, governments are moving on to children. Many countries have mandated vaccination for children aged twelve and over, and clinical trials are being run on infants as young as six months. Anyone who urges caution is a conspiracy theorist, a right-wing nut job, or (worst of all): an anti-vaxxer. Never mind that the original wave of anti-vaccine activism was prompted by a 1998 article in the Lancet (since retracted) suggesting a link between vaccines and autism. Parents who watched the 60 Minutes special report “The Jab” (2001) detailing the dangers of vaccines—a documentary that Nine News posted to its YouTube channel in 2019, with no disclaimers—might have been forgiven for being panicked by the ominous music and clicking stopwatch. Instead, they have been vilified as dangerous criminals and (in Biden’s America) even labelled “domestic terrorists”.

It serves them right for putting their faith in the Science (of 1998) and the journalistic establishment (of 2001, or as far as YouTube audiences can tell, today). Twenty years later, the Science is convinced that coronavirus vaccines are unquestionably safe, for babes and fools alike. The ongoing trials will undoubtedly prove that coronavirus vaccines produce no serious side effects in children over the course of their (necessarily limited) study periods. What the effects of childhood vaccination may be ten, twenty or fifty years down the road will remain … unknown. And unknowable, until the time comes. If it comes. As the always-eloquent Donald Rumsfeld presciently observed before the Iraq War:

How right he was.

The great unknown unknown of coronavirus vaccination would be a known unknown, if only the Science wanted to know it. All the Science has to do is read a little history—and its own journals. The 1918 flu pandemic may have killed 50 million people (no one really knows), with a tragic concentration among young adults. Peak mortality occurred at the age of twenty-eight. The Science theorises that this was due to “dysregulated immune responses” resulting from childhood exposure to a previous flu strain, the 1890 Russian flu. As one highly cited article puts it, the “development of an immunological memory to an influenza virus strain in early life may lead to a dysregulated immune response to antigenically novel strains encountered in later life”. In plain English, the Science says that the immune systems of children growing up in the 1890s developed antibodies that reacted badly to the 1918 flu virus.

Could an immune system conditioned in childhood by a coronavirus vaccine similarly interact in unforeseeable ways with some future superbug? In today’s pop-epidemiology debates, that’s an unknown unknown that should be a known unknown. The opinions of the Philistine do not necessarily reflect those of Quadrant magazine, its editors, publishers or readers, its newsagents or stockists, the internet company that hosts Quadrant Online, or the mail carriers who deliver the print edition. Please don’t imprison any of them. But please be careful about vaccinating their children. Hubris is a known known of the Science, and if you won’t take that from the late Donald Rumsfeld, take it from the very late Charles Darwin. With the pandemic all but over, it’s probably best to leave our children out of it. So says the Philistine, advisedly.

6 thoughts on “Innocence’s Fearful Faith in the Unknowable”