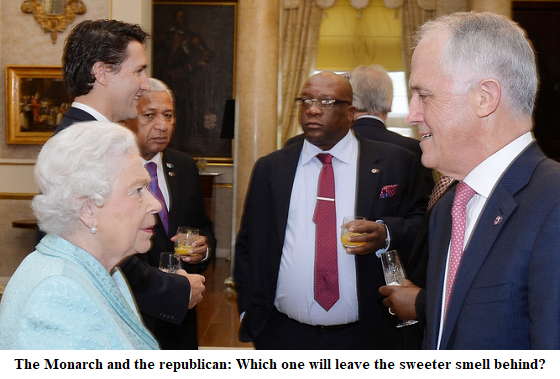 “Is a President Boris potentially more dangerous than a Prime Minister Boris?” Surely the answer is self-evident?

As a guide to constitutional monarchy, this book is comprehensive, clear, and very fair. In a refreshing contrast to too many modern academics, Altman’s investigation simply presents facts shorn of bias. At only 160 pages, it is also concise and digestible. In fact, it is well worth the read to anyone interested in why more than forty (about 22 per cent) of the world’s nation-states remain monarchies or constitutional monarchies, and why Altman believes most of them will remain so. 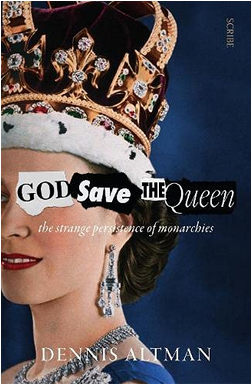 All monarchs still being human beings, he can, and obviously does, identify monarchs who have been prize idiots or behaved irresponsibly or even corruptly. The best recent examples include the King of Thailand (who is raising “self-indulgent” to heights hardly seen since Marie Antoinette), and the recently abdicated King of Spain.

Still, Altman then notes that “supporters of the Thai system point to the situation in neighbouring countries—Vietnam, Cambodia and Myanmar—as evidence that, whatever its defects, their system is superior”. Fellow constitutional monarchy Malaysia appears the only neighbour doing well, which might be why Cambodia is attempting to revive its own monarchy after the experience of their Khmer Rouge republic.

Post-Franco Spain is an even less convincing sample of failure. “During his almost forty-year reign, Juan Carlos eased the transition from autocracy to democracy, and went from being a national hero to a disgraced exile.” Yet Altman has to acknowledge that King Carlos not only personally blocked military coups, and made Spain a moderately stable democracy; but also had the sense to abdicate in favour of his son when that seemed the right thing to do. With the excesses of “republican” leaders, ranging from Xi to Putin to Erdogan to Trump on our front pages every day, Altman struggles to make a convincing argument against monarchy with such examples.

Indeed, every sample of human fallibility he quotes simply re-emphasises that a President Trump or Biden (or Corbyn or Rudd or Turnbull), is a much more frightening prospect than a King Carlos or a Prime Minister Whitlam. These examples underline the safeguards offered by constitutional monarchy to the ever expanding number of people who distrust elected politicians.

The main complaint might be that Altman’s book is too short. It could have pursued a number of very promising leads, such as why a number of states in the last century have either re-established, or simply created from scratch, monarchies or constitutional monarchies. The failure to do so is a bit perplexing given his detailed descriptions of how almost all of those states are progressing far better than their republican neighbours.

Although a number of monarchies have been deposed by their own governments or by military coups or invaders, Altman notes that the vast majority of referendums to abolish monarchies over the last two centuries have been comprehensively defeated, including Australia’s 1999 referendum. (He missed the most interesting, the French voting to re-establish a monarchy in the 1870s after two republics led to two Napoleons. The Third Republic was a disaster too. If De Gaulle’s son had been interested in politics, would they have needed a Fourth, or a Fifth?)

In post-war Europe and Asia for instance, the Danish, Belgian and Thai monarchs shook off occupation; the Norwegian and Dutch monarchs just went home; Japan was “allowed” to keep its monarchy; and Greece voted to restore the monarchy (which was then deposed by military coup in 1973). Bulgaria, Romania and Yugoslavia had theirs deposed by the communists, and Italy’s 1946 plebiscite “chose” republicanism. Which of these countries have done better as a result?

Did the probable falsification of the plebiscite result by the American occupying forces in Italy lead to a more successful Italian state? Compared to, say, Japan and Denmark? Sixty-six Italian governments in seventy years might suggest not. (Perhaps the most powerful commentary on the Italian plebiscite is in Lampedusa’s beautiful post-war historical novel The Leopard, where an 1860s Sicilian rages at how his ballot was simply discarded when he dared to oppose the “unanimous vote” zeitgeist.)

Did trying to impose a completely unsuitable democratic republic on tribal Afghanistan (or Iraq), lead to a more stable or successful state? (Had the various tribal and religious leaders been transformed into a House of Lords, and allowed to elect their own limited-powers constitutional monarch, in addition to a democratic house, would we be witnessing the current chaos in the news?)

While obviously valuing “state stability”, and noting it is usually much better in monarchies, Altman doesn’t actually analyse why that is so. It’s not just the quoted samples in Europe and Asia. How about obvious comparisons like the proto-constitutional monarchies of Jordan and Morocco versus their neighbouring republics like Syria, Lebanon and Egypt?

Machiavelli explained political stability centuries ago in The Discourses, where he pointed out that of the three main types of government—monarchical (inheritance), oligarchical (interest groups) and democratic (“licentiousness”)—democracy has by far the shortest perspective. Or, as Sir Humphrey Appleby put it, “Diplomacy is about surviving to the next century—politics is about surviving until Friday afternoon.”

Machiavelli concluded that only the stability of combining the different focuses all three types into one system, makes it possible to get long-term stability, with any two elements hopefully eventually preventing a disastrous takeover by the third. This is how constitutional monarchies have evolved, ever since the “democratic” Commons and the “oligarchic” Lords began experimenting with the process by combining to execute an “autocratic” Charles I. Inevitably, within a few years the remnants of the Commons were forced to combine with the Lords and a renewed monarchy, to replace the dictator Oliver Cromwell. The resulting 1688 “Glorious Revolution” inaugurated the checks-and-balances systems of constitutional monarchy.

The “steady evolution” Altman notes among most constitutional monarchies compares favourably with the standard republican alternatives to handling any constitutional issues: Robespierre and Napoleon, the US Civil War, Hitler and Stalin, Idi Amin and Pol Pot, Syria and Afghanistan. In fact our own 1975 sample of the “states’ rights” Senate and the “reserve power” Governor General combining against an “autocratic” Whitlam government, reinforces the joke that it is only in a constitutional monarchy that the umpire calling an election could be considered a “constitutional crisis”.

In the end, Altman simply accepts that constitutional monarchies are not going away, because they are generally more stable, and almost always result in freer and fairer government: “The presence of a monarch is a check on the behaviour of politicians.”

The myriad examples Altman quotes of flexibility in the constitutional monarchy system ultimately fail to make much of a case for his book’s subtitle and its “strange persistence”. (One example is the Belgian King—a good Catholic—abdicating for twenty-four hours in 1990 to allow the Belgian parliament to pass abortion laws.) Indeed, Altman concludes:

Monarchy is, in principle, indefensible for anyone who believes in democratic values … Yet it remains deeply entrenched and popular in a number of states that rate highly on most measures of democracy. Countries need both national symbols and political umpires, and the hereditary principle seems to satisfy both needs in a range of countries.

While focusing on the practical stability of the constitutional monarchy system, Altman also acknowledges the additional “emotional” value of loyalty to “pomp and ceremony”: “In the end, the existence of a constitutional monarch is a silent brake on the tendency of governments to act autocratically.”

It appears that he might have had a revelation about his own youthful “emotional” attraction to a republic. Given Altman’s statistical evidence, perhaps the book could just as effectively be subtitled: “the strange persistence of republicans”.

Nigel Davies is a Melbourne-based historian and educator. In the March 2018 issue he contributed the article “Republics: The Least Stable Form of Government”

The Costs of Being a Double Agent

The Novel Response to Jihad