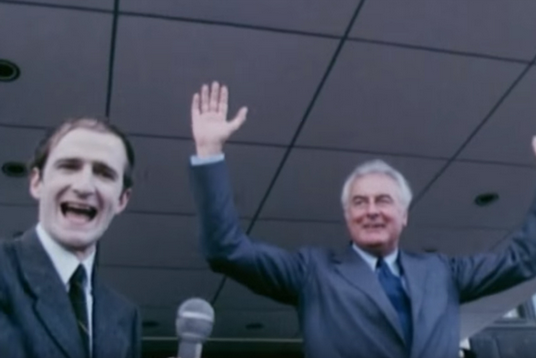 If we ever become a republic we will have to put away the trappings of the British Empire and develop our own traditions.  Indeed, we have made a start.  When I was a child, the November 5, known as bonfire night, was a greatly anticipated tradition.  Even we Catholics joined in celebrating the arrest of Guy Fawkes for plotting to assassinate King James 1st.  In the Fifties we didn’t care too much about the plight of Catholics in England in 1605, and joined wholeheartedly in the fun.

Guy Fawkes night has now disappeared from our calendar but there is a replacement, thanks to Sir John Kerr.  Almost every year it seems Kerr, who died in 1991, must be exhumed, dusted off and re-immolated upon our very own November bonfire – an antipodean Guy Fawkes.   It’s an appropriate replacement because Kerr’s putative crime was not dissimilar to that of Fawkes – to unlawfully remove a legitimate head of government, albeit with somewhat more benign consequences to the unfortunate victim.

And the new tradition flourishes, surprisingly even in an eminently sensible journal such as The Spectator, thanks to Dr David Long who authored a piece on November 11 positing that Kerr’s

… dismissal of the Whitlam government was unconstitutional and a breach of the rule of law. It is too late now to do anything about it. But we must be on our guard against the next time.

I am not a lawyer but I would like to respond to Dr Long.  I will argue the exact opposite of what he claims.  The dismissal of Whitlam was both constitutional and justified, and we should hope that, if similar circumstances arise in the future, we are blessed with a Governor-General with the courage of Sir John Kerr. Early in the piece, Long introduces a red herring:

It is worth noting here that Sir John himself rejected the notion that the result of the subsequent election justified his actions. Kerr believed he had a reserve power to dismiss the Prime Minister.  Long skates over this and concentrates on the opinion of the Chief Justice at the time, Sir Garfield Barwick.  Long cites Section 64 of the Constitution:

Section 64, contains both phrases and, where relevant, states:

In the above wording, the only involvement of the Executive Council that is specified relates to the establishment of departments of State, not to the appointment or dismissal of ministers.  Long apparently felt that the following sentence, which completes Section 64, is irrelevant to the question of dismissal:

Such officers shall hold office during the pleasure of the Governor-General.

Read literally, as Barwick did, that certainly suggests the Governor-General has the power to dismiss a minister.

During the Constitutional Convention, however, when the delegates were considering the equivalent of sec. 64, the NSW Premier, George Reid was concern that without the words ‘by and with the advice of the Executive Council’ whereever the Governor-General was directed by the Constitution to do something, it might be thought – as Chief Justice Barwick had – that the Governor-General could act without ministerial advice. Reid wanted those extra words included to prevent just such a conclusion

The Leader of the Convention, Edmund Barton QC rejected Reid’s suggestion as unnecessary because of the wording of sec. 61. He explained that the phrases ‘Governor-General in Council’ and ‘Governor-General’ were simply a drafting technique expected by British lawyers (in London).

Barton explained the two phrases as reflecting two classes of executive acts of the Crown: those exercised by the prerogative and those that were the result of statutes; only in the latter was it said that the Executive should act in Council. Where an act is done pursuant to the prerogative, it was unnecessary to add the words ‘in Council’ because it was not possible for the prerogative to be exercised personally by the Crown: “The prerogative is never in these days exercised as a personal act of the Crown as we understand it.”

If you look at this discussion you will see it is a rather more complex debate than Long paraphrases.  Firstly, it is clear that what Reid is concerned about is a prerogative whereby the Crown subverts the legislative process by imposing its own executive action.  For example, Reid notes:

I have looked through the works on the prerogatives of the Crown, and I find that they really came as far as anything in these colonies is concerned to the question of the right to assemble, dissolve, and prorogue Parliament, the pardoning of offenders, the issuing of proclamations, and so on. That is about the whole scope of the prerogatives which could be exercised under this Commonwealth. In the old country the Queen, of course, is the supreme head of the Church. That does not apply here. She has the power of making war or peace. That does not apply here. I am simply referring to things within the reach and range of this Constitution. In reference to the right to assemble, prorogue, and dissolve Parliament, that is always done on the advice and consent of the Executive Council.

So what is meant by a prerogative not being being exercised personally by the Crown relates to matters of public policy, not the internal workings of the Constitution. Sir John Kerr, as I understand it, distinguished between an exercise of the prerogative to satisfy a personal preference, such as dismissal of a government with whose policies he disagreed (he himself specifically rejected this use of the power) and an exercise of the prerogative to resolve an unforeseen constitutional issue, such as a prime minister proposing to govern without Supply.

Mr. BARTON: It is an exercise of the prerogative.

Mr. REID: It is an exercise of the prerogative, which is not an executive act. The refusal to accept advice does not fall within that category. The carrying out of the steps necessary for the assembling or proroguing of Parliament would, and that would be with the advice and consent of the Executive Council. There is not one appointment in the United Kingdom which the Queen makes, but that the counter signature of a Minister of State is required.

Mr. FRASER: How about a dissolution?

Mr. REID: Supposing Ministers ask for a dissolution, and the Governor says “no”; that is not an executive act. It is a refusal to do an executive act. To issue a proclamation would be an executive act. This difficulty would not arise. It would leave the independence of the Governor as to accepting the advice of his Ministers absolutely intact. In England nothing can reach the state of an act affecting the subjects, unless there is the signature of a Minister to it. That is the practice all over the world under similar conditions. So I say that if the British Constitution were being reduced to black and white, that might be put in. If the British Constitution were being drawn up to-day, the main feature would be that the Queen must act on the advice of responsible Ministers. The moment she does not you have no constitutional Government at all.

When a proposed law passed by both Houses of Parliament is presented to the Governor-General for the Queen’s assent, shall declare, according to his discretion, but subject to this Constitution, that he assents in the Queen’s name, or that he withholds assent, or that he reserves the law for the Queen’s pleasure.

And Section 59 provides that the Queen may disallow a law within one year of its assent by the Governor-General, although I would venture to suggest that this is a prerogative that the Queen would never exercise. But, given that Section 58 was specifically included in the Constitution, it must be presumed that the founding fathers contemplated that each of its provisions might on some occasion be employed.  That is, the Governor-General could refuse the advice of his ministers to assent to a bill. We also know the Governor-General may refuse advice to dissolve Parliament.

In answering George Reid’s intended amendment, Barton refutes Kerr, Barwick and those who advised Sir John. When Kerr’s action is considered in light of the Constitution, his dismissal of the Whitlam government was unconstitutional and a breach of the rule of law.

I believe I have shown that statement to be untrue.  Nonetheless, referring to the Convention debates, or even Quick and Garran, in order to resolve some confusion is useful as far as it goes, but it is not the whole story. The Constitution is not a watertight document.  It is subject to High Court interpretation and also to any precedent which does not contravene its wording.

If today’s Governor-General were to dismiss the Prime Minister in circumstances similar to 1975, we know that his actions would be constitutional because Sir John Kerr established a precedent in 1975.  And that precedent has never been challenged either in the High Court or by an attempt to amend the Constitution to specifically exclude this reserve power.  Therefore, ipso facto, Kerr’s own actions must have been constitutional.

Even Kerr’s staunchest critic, Paul Kelly – the Hiroo Onoda of Divine Emperor Gough’s ‘maintain the rage’ campaign – concedes that Kerr made the correct decision.  And despite Dr Long’s claim that there are conflicting opinions about the constitutionality of Kerr’s decision, the weight of eminent legal opinion from all sides of politics – Evatt and Forsey from the left, Barwick from the right, Gibbs and Mason from somewhere in the middle – falls strongly in favour of Kerr.

And finally, the debate above commenced with a reference to what would become Section 61.  It’s wording at that time was:

The executive power and authority of the Commonwealth is vented in the Queen, and shall be exercised by the Governor-General as the Queen’s representative.

That was what concerned George Reid.  It is worth noting that it was subsequently amended such that it now appears in our Constitution as:

“Maintenance of the Constitution” – that’s precisely what Kerr was doing.

All this may sound like arcane history, no longer relevant.  But I think it is. This annual November 11 trashing of Sir John Kerr is designed to intimidate future governors-general into seeing themselves as mere rubber-stamps.  It is another front in the culture wars.  However, judging by the way the wind is blowing in New Zealand, we may one day wish for a governor-general with the integrity and nous to, for example, refuse assent to a bill such as the pandemic monstrosity currently before the Victorian Parliament*.  It is the principle as much as Sir John’s reputation that I am fighting for.

* Editor’s note: The Victorian Governor has been stripped of all power to reject legislation and dismiss a delinquent government. Opening fetes and bridges, along with a nice salary and occupancy  of handsome building in the Botanical Gardens, remain in his or her purview.