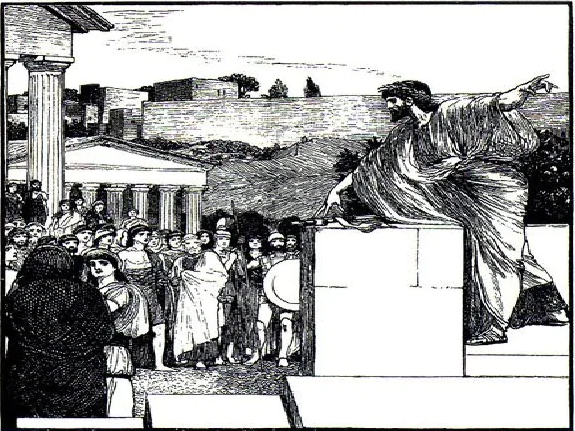 As every Adelaide schoolchild knows, colonial South Australia had no convicts, had lots of churches, and was “the first electorate in the world to give equal political rights to both men and women” (to quote the National Museum of Australia on the topic). Luckily for them, two out of three right answers makes for a credit in Australia. But a distinction-worthy student would know that South Australia was not, in fact, the world leader in women’s suffrage. That particular title goes to the Wyoming Territory, precursor to the current US state. Wyoming gave women the vote in 1869, a quarter-century before South Australia and half a century before the rest of the United States. Just don’t write that in an HSC essay. It’s best to stick to the party line.

Famous for Devil’s Tower, the Old Faithful geyser, and Federal Reserve Bank retreats, Wyoming is the smallest US state by population. At 50.9 per cent male, it is also the most manly state in the union. The state’s official seal features a cowboy and a miner, with banners that proclaim the state’s muscular industries: livestock, mines, grain and oil. You can almost smell the sweat. But the dominant figure on the seal is a woman holding a streamer that reads “equal rights”. That is, indeed, the Wyoming state motto, and it represents equal rights for women. The territory’s 1869 voting statute assured every woman that “her rights to the elective franchise and to hold office shall be the same under the election laws of the territory, as those of electors”—that is, men.

The electors could afford to be generous. In those frontier days, there were six adult men for every woman in the territory. Fast forward to 2021, and there are only 106 adult men for every 100 women in Wyoming. The men must be running scared. A mere 106–100 electoral margin is well within the danger zone; the electoral margin of error, if you will. It means that female ascendancy is possible within a generational blink of the eye. Where men and women share similar concerns about jobs, taxes and healthcare, it probably doesn’t matter much if one sex is in the majority. But in those rare cases when a democratic vote turns into a straight-out battle of the sexes, universal suffrage can be a risky indulgence. The first referendum ever held divided on the gender line, and it almost turned out to be the last.

We owe our democratic ideals to the Greeks, and the most ancient of Greeks were the Athenians (if they did say so themselves). The city now known as Athens is so old that it existed before the gods descended from Mount Olympus to demand offerings and mate with everything in sight, perhaps even before the Greeks arrived in Greece. Latter-day Australians might assume that Athena got the naming rights to this particular piece of pre-Hellenic real estate by making a major donation or demanding a redress of the historical under-representation of female deities, but the real story is much more democratic. Athens was named in a referendum. Not a weasel-out postal survey, but a genuine plebiscite. And everyone got to vote.

We have it from no less an authority than Saint Augustine of Hippo, Doctor of Grace, that an olive tree and a saltwater spring appeared one day on the slopes of the Acropolis. Observing these prodigies, King Cecrops (pre-Athens was a constitutional monarchy) naturally sent to the oracle at Delphi to ask what they meant. The oracle answered—in an unusually straightforward fashion—that “the olive signified Athena, the water Poseidon, and the citizens had it in their power to name their city as they chose, after either of these two gods whose signs these were”. So the king called on “all the citizens of either sex to give their vote, for it was then the custom in those parts for the women also to take part in public deliberations”. It seems a three-line whip was enforced on both sides, with the result that “the men gave their votes for Poseidon, the women for Athena; and as the women had a majority of one, Athena conquered”. Vox populi, vox dei.

A highland city might reasonably take its chances with the goddess of wisdom, but a port city that lives off shipping and trade should think twice about crossing the Lord of the Seas. On hearing that the referendum results favoured his least-favoured niece, Poseidon promptly sent a tidal wave (it seems anatopistic to call it a tsunami) to destroy the newly named city of Athens. Thus the real “first electorate in the world to give equal political rights to both men and women” lived to regret it. To appease the angry god, the surviving Athenians stripped women of the vote, restricted citizenship to men, and decreed that children should henceforth bear only their fathers’ family names.

“Give them an inch and they’ll take a mile” is the oldest rule in politics, predating “politics is the art of the possible” by three thousand years and “if you want a friend in the agora, get a dog” by a century or more. The overly permissive men who allowed a vote on Poseidontown (Poseidonville? Poseidonopolis?) learned that the hard way. You can’t give people a vote unless you can be sure that they’ll vote correctly. The European Union understands this well, and sensibly restricts popular participation in politics to the bare minimum needed to prop up its democratic facade. China is sensible enough not to bother with a facade at all. Australia, too, is a class act in limited democracy. Its electoral system is so complicated that voters need how-to-vote cards, from which they can select only party-approved candidates.

The sad fact is that voters can’t be trusted, whether male, female, or even Australia’s new gender “X”. The Democrats who gave women the vote in Wyoming were outraged when most of them turned around and voted Republican. That’s gratitude for you. If women insist on making up their own minds, they’re no better than their male counterparts, who have hardly gotten a thing right since Poseidonopolis. Not for nothing did Aristotle consider democracy a “degenerate” form of governance. It was the one thing he and Plato could agree on. Aristotle, Plato, and … Australia’s premier public policy think-tank, the Grattan Institute.

The government-funded Grattan Institute is “independent, practical and rigorous”, and so authoritative that it has a .edu internet address. Among its many self-advertised accomplishments are convincing the government to “shut down hard and fast to eliminate community transmission” of the coronavirus (thank you!), recommending “a tutoring blitz to help school students catch-up on learning lost during the Covid lockdowns” that it recommended (good work!), and convincing government to “boost women’s workforce participation by making childcare cheaper” (and what could be cheaper than caring for your own children while you are home in coronavirus lockdown?). If there’s one organisation that is keen to keep the Australian electorate in check, it’s Grattan.

In this coronavirus winter of our discontent, the Grattan Institute issued a report to warn us that our elected leaders are failing to implement policies that people don’t want. In fact, things have gotten so bad that “unpopularity is now an insuperable obstacle to reform”. That seems somewhat hard to believe, given the policies we’ve seen over the last two years, but there you go. Grattan laments that “politicians from both major parties routinely block [reforms] because they think they will reduce their prospects of re-election”. But there is a solution on the horizon. “The most politically realistic path to institutional change is for independent members of parliament to champion institutional changes, particularly when they hold the balance of power.” That’s right: nothing says “democracy” like an independent senator holding the country to ransom for a pet cause.

“One man, one vote” is a sound principle as far as it goes, but how far should it go? As far as women and X’s, certainly. But should people really get the policies they want, or should fearless political leaders instead give people the policies they need? Do governments really derive their just powers from the consent of the governed, or from the need to protect their populations against the spread of infectious diseases? Should the women of Athens have been free to vote for their favourite goddess, or should the men have laid down the law to prevent a catastrophe? Climate catastrophists, pandemic prudes and the Grattan Institute seem to believe that some (most?) policy choices are too important to leave to the whims of the electorate. But if democracy means anything, it means the freedom to choose wrong. Give me Athens over Poseidonopolis any day.