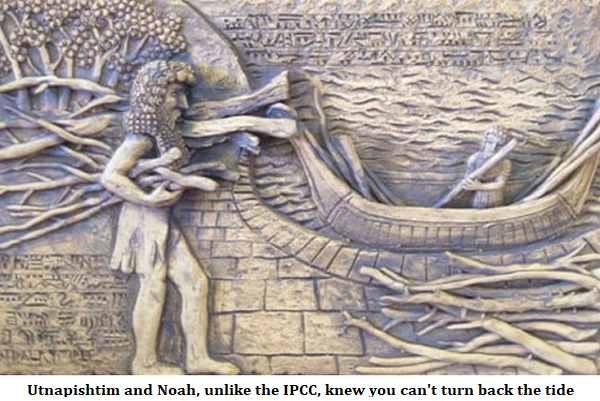 Biologically speaking, human beings may have emerged 200,000 years ago. Geographically speaking, they apparently spread to cover the entire Old World of Afro-Eurasia some 50,000 years ago. But socially speaking, our paleolithic progenitors didn’t amount to much. It may have taken a dozen ancient hunters working together to bring down a woolly mammoth, but you don’t have to be very social to organise a hunt. Just ask the English.

You can only hunt and gather your way so far down the road to civilisation, and that’s not very far. Meaningful human society only becomes possible when people put down roots and put up walls. The anthropology profession may not like to hear that, but Bruce Pascoe gets it. You can’t claim native title to “no fixed address”.

The earliest known permanent human settlement is Jericho, whose own walls famously fell to the blows of rams’ horns. The first village at Jericho is believed to date from around 9600 BC. It’s probably no coincidence that 9600 BC is also the conventional date given for the end of the last Ice Age. As the glaciers retreated, the truly big game got scarce, and people switched from hunting mammoth to herding sheep. Sheep’s wool turned out to be much more spinnable than mammoth wool, mothers starting knitting baby boots, and the rest is, well, history.

It is just possible that human society got its start in Jericho, smack in the middle of the land that God would later promise to Abraham and Moses. (God may be “infinite, eternal, and unchangeable in his being, wisdom, power, holiness, justice, goodness, and truth”, but no one ever said He was fair.) Soon after the death of Moses, Joshua led the ancient Israelites into Canaan, and Jericho was the first city to go. The Israelites “utterly destroyed all that was in the city, both man and woman, young and old, and ox, and sheep, and ass, with the edge of the sword”. Joshua went on to flatten Ai, Makkedah, Libnah, Lachish, Eglon, Debir and Hazor, but it’s Jericho that gets all the press.

Jericho lies 850 feet below sea level, but it is a mere forty miles from the sea. If it weren’t for the intervening hills, it would be completely swamped by water from the Mediterranean. In fact, it has been suggested that the fabled walls of Jericho were actually flood levees. But cut off as it was from Mediterranean trade, it seems more likely that ancient Jericho was a remote desert village than a bustling desert metropolis. For the first three thousand years of its settlement, Jericho didn’t even have pottery. If Joshua really did destroy “all that was in the city”, it may have been because there wasn’t much worth keeping.

As attractive as the Holy Land is to the holy, most reasonable people prefer to live by the sea. That was even more true in the ancient world than it is today. Until the coming of the railway, moving anything overland was hard work, with the sole exception of meat on the hoof. Inland life was fine if you were a shepherd watching over your flock by night. For everyone else, the ocean was where the action was.

But where was the ocean? Back in the glory days of prehistoric Jericho, sea level was 200 feet lower than it is today. That suggests that all the best neolithic city sites are probably now resting, undiscovered, under 200 feet of water. The world map looked very different ten thousand years ago. Albion didn’t become an island until 6100 BC. The Black Sea was a blue lake until 5600 BC. When archaeologists excavate neolithic settlements that are now on dry ground, they’re uncovering the remains of the uncouth mountain folk of deep antiquity. All the truly civilised cities probably went the way of Atlantis.

Sea level rose by an average of more than three feet for every century between 9000 and 4000 BC; it’s no wonder that every ancient culture has a flood story. The Bible’s flood story doesn’t say exactly where Noah lived, but the Epic of Gilgamesh gives a similar account of “the” flood, and Gilgamesh was the king of Uruk in what is now southern Iraq. He seems to have reigned around 2700 BC. Gilgamesh got the story from an old man named Utnapishtim who claimed to have actually lived through the flood. Fortunately for him (but unfortunately for us), Utnapishtim was immortal, so the fact that he was still alive to tell the story in 2700 BC doesn’t do much to fix the exact date.

Noah’s descendant Abraham washed up in Ur sometime around 2000 BC. Ur was then on the shore of what is now the Persian Gulf, some fifty miles to the south-east of Uruk. Abraham would have heard the flood story first-hand from his great-great-great-great-great-great-great grandfather Shem, who lived to be 500 years old. Shem was a young man of ninety-eight when his father Noah rounded up his family and loaded them on the ark. That places the biblical flood sometime around 2400 BC, more than two centuries after the reign of Gilgamesh. Maybe it was a different flood.

Either way, it seems a safe bet that amidst all the floods of the neolithic Middle East, “the” flood took place somewhere around the Persian Gulf. The flood story may be an almost historical memory of a catastrophic tidal wave that hit Mesopotamia in the 2000s BC. That’s the romantic view. Or it might be a much dimmer memory of the slowly rising sea levels that submerged some of the primest real estate of the neolithic world way back between the 8000s and 6000s BC.

The oldest known city site in Mesopotamia, Eridu, dates from 5400 BC and is just a few miles from Ur—that is, the ancient coastline. Ironically, despite the ensuing rise in sea level, Ur and Eridu are now stranded some 150 miles inland. Salt water initially inundated the flat, marshy plains of southern Mesopotamia, but then sediment from the Tigris-Euphrates river system built the land back up again. The net result is that any earlier cities that might once have dotted the shores of the ancient Persian Gulf would now lie 150 feet under the muds of Basra.

It’s the same story in lower Egypt. The oldest known permanent settlements in Egypt date back to the 4000s BC, but they’re all south of the Nile delta. Any earlier towns that might have existed in what is now the delta would have been first submerged, then silted over. If there were ancient cities before Jericho, they’re probably all buried in the alluvial muds of the Middle East. That may be why history, as such, began around 3500 BC. The conventional account is that 3500 BC was when the first writing systems emerged, simultaneously in Mesopotamia (cuneiform) and Egypt (hieroglyphs). The plausible alternative is that writing is much older, but everything written before 3500 BC is now inaccessible, or lost.

We are now warned that, if we do nothing to prevent anthropogenic global warming, sea levels may rise by three feet by the end of this century. A three-foot rise in one century would bring us back to the pace sea level was rising at the beginning of human civilisation. Maybe we’ll invent some better pottery. Meanwhile, although a three-foot sea level rise may be bad news for Venice and New Orleans, it does prompt a puzzling philosophical question. If industrial civilisation had happened to develop a few thousand years earlier (a blink of the eye in geological time), and sea levels were now expected to rise three feet every century due to purely natural causes, would we take action to stop such an all-natural process of global warming?

After all, the same arguments about polar bears, bushfires and the Great Barrier Reef should apply, whether the motive forces behind the expected warming (and concomitant sea level rise) were human or natural in origin. We are now urged to return to a state of nature in order to save low-lying island nations, but would we be similarly urged to respect a state of nature that was destroying them? Perhaps yes. It is not at all clear that the green lobby would advocate a massive geoengineering intervention in the face of natural global warming, rather than demand that we meekly accept our cataclysmic (but all-natural) climate fate.

Noah and Utnapishtim both embraced the Great Flood, even relished it, and adapted to it. Of course, they were both responding to orders received directly from God. We have only the Word of the IPCC. Venetians, man your gondole!