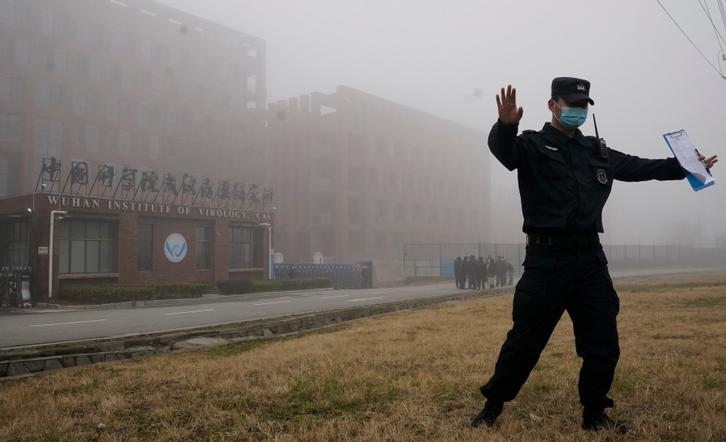 In August 1967, a viral haemorrhagic fever similar to Ebola hit the quiet university town of Marburg in what was then West Germany. The case fatality rate of over 20 per cent wasn’t quite on a par with the Black Death, but it was bad enough. Luckily, the initial outbreak affected only twenty-five people and was quickly contained, so total cases were limited to thirty-one and total deaths to seven. Germans, it seems, have a healthy aversion to contact with the body fluids of dying relatives, and hospitals were sufficiently well-equipped to safely handle infectious patients oozing their insides out. One laboratory technician did however fall sick after he cut himself during an autopsy on a patient who had died of the disease. Accidents will happen, even to Germans.

The mystery illness came to be known as Marburg Disease, back in the days when it was still socially acceptable to name diseases after the places where they first appeared. Its source was traced to a batch of African green monkeys that had been shipped from Uganda for use in polio research. At the time, it was uncertain whether Marburg Disease had originated in Uganda, or the monkeys had become infected en route. That’s because the monkeys had flown to Germany via Heathrow, and thus their trip was inevitably held up by strike action. During their involuntary two-day layover, they came into contact with animals from around the world, their British handlers, and the local rats, raising the possibility of cross-infection. Consider that the next time you fly through Heathrow.

The Lancet was the first medical journal to publish a paper identifying the cause of Marburg Disease, going to press with an explanation just three months after the first victims fell ill. True to form, they got it wrong, blaming a bacterial agent. Slower, more careful research revealed that the real cause was a virus.

What was known at the time, and has now been known for more than half a century, is that Marburg Disease escaped from a biological laboratory. But you wouldn’t know that from the World Health Organisation website entry for Marburg Disease, or even from the Wikipedia page. The Australian Department of Health is more forthcoming, noting that the laboratory workers had been exposed to tissue samples from monkeys, but draws no particular conclusions from that fact. And why should they? Question the safety of one laboratory, and you question the safety of all.

A decade after the Marburg release, the virus behind the infamous 1918 Spanish Flu epidemic (the one that killed an estimated 50 million people) escaped from a Chinese or Russian laboratory. It caused some serious illnesses in young people who had no immunity, but it was quickly contained via vaccination. More recently, the SARS virus—the original one from the 2003 Hong Kong outbreak—has been accidentally released from labs at least six times: once in Singapore, once in Taiwan, and four times in China. The Chinese releases all occurred at the National Institute of Virology in Beijing. Those repeated accidental releases prompted the French government to help China establish its first “biosafety level 4” virus laboratory in … Wuhan.

If you want an independent investigation into the origins of our current coronavirus pandemic, Ms Payne, you’ll have to do it yourself. You certainly can’t expect a straight answer from the virologists at the World Health Organisation. First, they’re virologists, and as such they have an overwhelming professional interest in believing that biological laboratories are absolutely safe. Imagine the future of virological research after an admission that an accidental lab release had infected more than 100 million people, killed 2 million (and counting) and cost the global economy some US$28 trillion. “Oops, I did it again” doesn’t begin to cover it. The counter-narrative that legions of brave, dedicated, sorely underfunded virologists were the only ones able to save the world from coronavirus armageddon is much more attractive.

Second, they work for the World Health Organisation.

There is a certain class of well-travelled, university-educated internationalists who know all about their own countries’ politics and are smugly wise to the mendacity of their own countries’ politicians, but who nonetheless romanticise the intergovernmental organisations to which their own countries belong—and to which their own countries’ politicians retire to enjoy tax-free salaries for purely nominal work in sophisticated global cities. When the worldly writers behind the BBC’s Dr Who needed good guys with guns to defend Earth from cybermen in 1968, they couldn’t very well turn to the imperialistic British Army of the Malayan Emergency and the Mau Mau Revolt. Instead, they seconded Brigadier Lethbridge-Stewart to the United Nations Intelligence Taskforce, reporting to a global headquarters in Geneva. Half a century later, when the internet censors at Google, Facebook and Twitter needed an authoritative arbiter who could be trusted to rise above national politics to provide definitive information on the coronavirus pandemic, they turned to the World Health Organisation.

A United Nations agency based in Geneva, the ambitiously-named World Health Organisation is located on the legacy campus of the old interwar League of Nations. It’s a prime gig, especially for doctors (and almost-doctors) from the less salubrious countries of the developing world. The current director-general, Dr Tedros Adhanom Ghebreyesus, was awarded a PhD in community health from the University of Nottingham in 2000. That was after his youthful service on the politburo of the Tigray People’s Liberation Front, at the time labelled a terrorist organisation by the United States. A senior cabinet minister of the Ethiopian People’s Revolutionary Democratic Front government that ruled Ethiopia from 1991 until a split in 2019 kicked the Tigrayan people’s liberators out, Tedros won the international contest to become Director-General of the World Health Organisation in 2016.

That’s the man overseeing the world’s investigation into the origins of the coronavirus. Well, at least Donald Trump disliked him, so he can’t be all bad. And Joe Biden restored funding for the organisation he leads, so he gets the “return to normalcy” seal of approval. And the World Health Organisation is based in Switzerland, which after all has a rock-solid reputation for transparency.

Although Tedros won his position on the back of African votes, he is widely perceived as “China’s man” in an organisation that China has dominated since 2007. It’s lucky for him that he’s somebody’s man, since he probably won’t be able to return to Ethiopia any time soon. The current government of Ethiopia has (without offering any evidence) accused Tedros of procuring weapons to support the current rebellion in Tigray. Until they got booted out of the government, the Tigrayans were China’s client group in Ethiopia, which under Tigrayan rule was transformed into China’s Belt & Road hub for African investment and infrastructure. China even built (and bugged) a new $250 million headquarters building for the African Union in Ethiopia’s capital, Addis Ababa. Ethiopia’s current prime minister, the charismatic young Nobel Peace Prize-winner Abiy Ahmed, seems inclined to take the (Chinese) money and run—leaving Tedros the bill.

That’s politics. And so is the coronavirus investigation. The only people who will be held accountable for unleashing the coronavirus are Batman and Donald Trump. Biological research laboratories will come out winners because they have to come out winners: after all, who can protect us against the next viral pandemic but our heroic virologists? And maybe it really was just a coincidence that the currently pandemic coronavirus happened to jump from bats to humans in a city where the only live bats are those kept for research purposes at China’s only coronavirus research centre. Stranger things have happened. Like the coincidence that the world’s virology community didn’t happen to mention to the press that Wuhan hosted China’s only coronavirus research centre until “conspiracy theorists” and the Falun Gong finally broke through the mainstream media interdict.

The vaccine is close upon us, and the virus will pass. Right now, it is impossible to guess where or when the final coronavirus death will happen, but it will. Smallpox has been found on Egyptian mummies, but it was eventually conquered. The world’s last smallpox death occurred in a university hospital in Birmingham, England. It resulted from an accidental lab release. The woman who was infected didn’t even work in the lab; she was a photographer on the next floor, apparently infected via a shared ventilation shaft. The only remaining officially acknowledged samples of smallpox are now stored in secure laboratories in Atlanta and Novosibirsk, though other samples keep popping up, forgotten in storage lockers or hidden in bioweapons stockpiles. Does China keep smallpox in its biological laboratories? No one knows. We can only hope that we don’t find out.

5 thoughts on “WHO Virologists Would Say That”