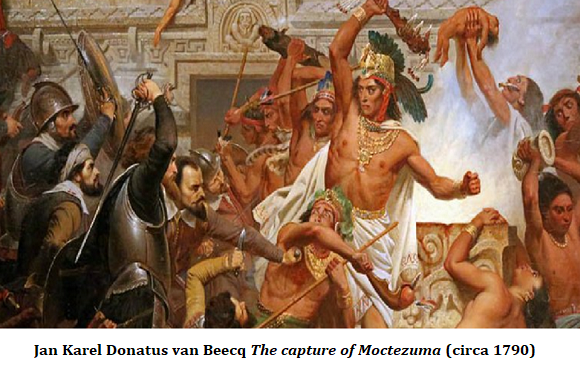 Since 2008, David Walsh’s Museum of Old and New Art (Mona) has hosted an annual Festival of Music and Art (Foma) called Mona Foma (Mofo, no relation to the vulgar Americanism). In 2013, Mona launched a winter solstice edition of the festival, called Dark Mofo. Dark Mofo, famous for its Satanic crosses and burning of the Ogoh-Ogoh Beast, returns next month to Hobart (coronavirus permitting). But the most controversial exhibit commissioned for Dark Mofo 2021 won’t be on display. It won’t even be created—unless you consider the conceiving of a work of conceptual art as its creation. And maybe you should.

All self-consciously conceptual art is crap (says the Philistine). That especially holds true for works like The Holy (Elephant Dung) Virgin Mary by Chris Ofili and Artist’s Shit (Excuse My Language) by Piero Manzoni, but also more metaphorically so for works like Tracey Emin’s My (Unmade) Bed, Urs Fischer’s You (Are Looking at a Pile of Dirt), and anything by Damien Hirst. You can’t even give this stuff away—at least, not the pile of dirt. Hirst’s For the Love of God (Someone Please Buy My £50 Million Diamond-Encrusted Platinum Skull) has a kind of built-in minimum valuation, but even so, Hirst admitted to having himself been the mystery bidder who bought it. He’ll have a lot more trouble offloading A Thousand Years (Till the Stench Dies Down). Even he probably doesn’t want to install a rotting cow’s head in his living room.

Of course, none of this art is actually made to be sold to and enjoyed by mere consumers. It’s made for galleries and collectors. You might want to own a can of Piero Manzoni’s very own excrement, but you certainly won’t want to open it. The intended lead exhibit—sorry, “act”—of Dark Mofo 2021 was also commissioned as a museum-only work. Titled Union Flag, it was to have been a British Union Jack soaked in the blood of “First Nations peoples from countries and territories colonised by the British Empire at some point in their history, who reside in Australia”.

The artist, Santiago Sierra of Madrid, Spain (he denies the existence of nations, but he has to live somewhere), deserves a medal for conceptual inclusivity. Not only did he envision that Aboriginal and Torres Strait Islander Australians would be queueing up to give blood for his flag-soaking, but he allowed for the possibility that Maoris, Inuits and Canadian First Nations persons who happened to be living in Australia might also want to contribute. It’s unclear whether or not black South Africans, the Irish, or even the entire populations of East Africa and South Asia might qualify. It was a big empire, and someone was always there first. Usually the French.

Sadly (for Sierra), the commission was cancelled amidst a hail of controversy. It seems that some people thought Union Flag was in poor taste. Imagine that. Even in Hobart. Tasmanian Aboriginal and self-declared “Picasso of profanity” Rob Arnol declared with apparently uncharacteristic politeness that the Palawa community had “already had enough blood spilled under the banner of the Union Jack”. And the artistic director of Mona Foma—the light (or is that “lite”?) parent festival of Dark Mofo—described Sierra’s work as a “gimmick and publicity stunt disguised as mediocre artwork”.

Oh, and he asked people to stop sending him “urine-soaked pillows” in protest, claiming he had nothing to do with Dark Mofo’s artistic choices. It’s a strange world, the art festival circuit. Writers just get hate mail.

Dark Mofo’s own artistic director, Leigh Carmichael, grovelled, “We made a mistake, and take full responsibility. The project will be cancelled. We apologise to all First Nations people for any hurt that has been caused. We are sorry.” They may be sorry, but the real question is: did they pay? Sierra’s Union Flag was (is?) a conceptual work, and Sierra did all the conceiving he was contracted to do. Carmichael may choose not to feature Union Flag at Dark Mofo, but as conceptual art, it has been conceived all the same.

Sierra doesn’t list Union Flag on his website, so perhaps he’s no longer selling it. Maybe Hobart’s Mona museum, the spiritual host of Dark Mofo, now owns the exclusive rights. Either way, unless you want to make your own personal Union Flag (would that constitute intellectual property theft? or just attempted suicide?), you’ll have to live without. Ditto seeing any of Sierra’s other installations, unless you want to spend two weeks each direction in a quarantine hotel. Sierra’s 7 Forms of 60 x 60 x 600 cm Each, Constructed to Be Supported Perpendicular to a Wall (shown at the Queensland Art Gallery in 2010) and Veterans of the Vietnam War Facing the Corner (Adelaide’s Greenaway Gallery, 2011) previously showed onshore, but now they exist only in the mind … and in the art catalogues.

And that’s where you’ll have to go to view Union Flag. The mind, that is, not the catalogues. Sadly, the mental image of Union Flag doesn’t amount to much more than a giant eight-pointed red asterisk on a purple background. That’s because the Union Jack already incorporates the blood-red cross of St George and the blood-red saltire of St Patrick. The third cross on the Union Jack, the white saltire of St Andrew, would also end up blood red. That leaves the blue field to be dyed purple. It’s a bloody mess.

Santiago would have done better to dye the old flag of the Spanish monarchs: the Cross of Burgundy. A jagged blood-red saltire on a white background, it would have dyed up nicely. And it would have made a more appropriate statement from a Spaniard who denies the existence of nations, especially if dyed with his own blood. In case he lacked the courage (and the fluids) of his convictions, he could even have recruited some local volunteers. He and his fellow Madrileños are every bit as much the heirs of imperialism as any Englishman, and much more directly so than most of today’s multicultural Australians.

Early modern Madrid ruled over a colonial empire that was much more genocidally rapacious than the British one. In fact, it was Ferdinand and Isabella who got the whole colonialism ball rolling when they bankrolled Christopher Columbus’s first Caribbean getaway in 1492. Not finding any spices or gold, Columbus returned to offer the monarchs the consolation prize of “slaves, as many as they shall order”. On his second voyage, he actually shipped 550 of them back to Spain. That’s right: the Atlantic slave trade started in the eastward direction, with people being shipped in chains from the New World to the Old. It didn’t last.

To their joint credit, the Most Catholic King and Queen declared a few years later that the air of Spain was too pure for slavery, and the first First Nations nationals to visit Spain were freed from their chains. Whether or not they received a ticket home is not recorded. If they were lucky, they stayed in Madrid. Ferdinand and Isabella freed the slaves of Spain, but endorsed the continuation of slavery in their new Caribbean colonies. In any case, disease killed so many of the locals that they have left few descendants today.

If Spain’s Caribbean conquests yielded an accidental genocide resulting from a failed attempt at enslavement, its Mexican conquest resulted in an emphatic erasure of indigenous culture. A Latin American Bruce Pascoe would have no problem proving the prior existence of a sophisticated agricultural civilisation in what is now Mexico, given that the foundation of a giant Aztec pyramid sits immediately opposite the main cathedral of Mexico City. The cathedral was built from the very stones of the Aztec temple, carried one by one across the street. Huītzilōpōchtli would not have been pleased.

The Aztec god of war, Huītzilōpōchtli was the one who received the still-beating hearts of human sacrifices. He would have loved Sierra’s Union Flag, if he hadn’t found it a tad too tame. We don’t know much about Huītzilōpōchtli, because the Spanish systematically burned all the Aztec sacred books. Unable to distinguish the sacred from the secular, they actually burned all the Aztec books. They did cultural genocide right, the old Conquistadores. None of that namby-pamby British orientalism. Slash and burn, the Huītzilōpōchtli way.

British imperialists, much to their discredit (and their descendants’ shame), sought to quantify, categorise and (worst of all) understand their colonial subjects. They studied and learned the native languages of the countries they conquered. They packed up artifacts and put them in museums, instead of just smashing them to pieces. The British objectified their subjects, which is as disrespectful as any mixed metaphor. If only they had been more like the Spanish, or like Huītzilōpōchtli. He was one dark mofo.

Count me a Philistine