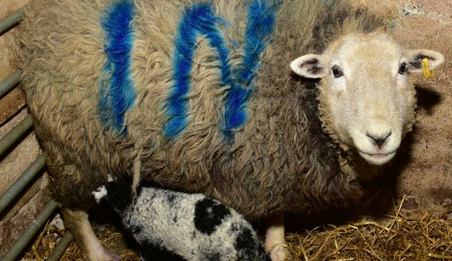 Until the current heated and complex dispute erupted in late January over whether the pharmaceutical company AstraZeneca was denying the European Union its proper share of anti-COVID vaccine supplies (perhaps with the sly complicity of the British government), the post-Brexit political barometer was predicting that UK–EU relations this year would be relatively calm with occasional storms.

After Prime Minister Boris Johnson had signed a Trade and Cooperation Agreement with the EU on Christmas Eve 2020, the Commons endorsed it by a landslide majority of 521 to 73 votes with only hours to go before the TCA and the full Brexit came into effect on January 1. Four and a half years after the Brexit referendum, Britain had regained its pre-1973 status as an independent self-governing democracy.

It was a decisive political triumph for Johnson and seemed to establish him as a leader who gets an awful lot of things wrong, at least from a conservative standpoint, but who gets the few really big things right. And as far as the domestic politics of Brexit goes, that judgment looks correct.

A YouGov poll showed public opinion supporting the TCA deal by 57 per cent as against 9 per cent rejecting it with 34 per cent retreating into don’t-know territory. That suggests the voters are hostile even to re-opening the Brexit debate. The Tories are certainly glad to get beyond the deep divisions of the last four years. Only two Tory MPs failed to vote for the TCA, both apparently for non-political reasons. The Tory party is now a pro-Brexit party without qualification.

Labour leader Sir Keir Starmer too helpfully instructed Labour MPs to vote for the TCA on the irresistible political logic that if Labour is to win back its traditional blue-collar supporters, it can’t remain a Remain party. But thirty-seven Labour MPs abstained and one voted to reject the TCA. The awkward fact is that Labour’s middle-class supporters in and out of Parliament have strong Remainer sympathies. Even if Starmer succeeds in holding the pro-Brexit line as party policy, the activists will make the reversal of Brexit, or Rejoin, their main topic of agitation—the role once played by nuclear pacifism in Labour politics.

That will greatly complicate Starmer’s already difficult task of—literally—teaching Labour to act patriotic. A recent internal strategy memo urged the party to undergo a radical rebranding to regain working-class “foundation seats”. Among its top recommendations, revealed the Guardian here, was this clarion call: “The use of the flag, veterans, dressing smartly at the war memorial etc. give voters a sense of authentic values alignment.”

Even if this strategy were to win votes (which looks doubtful now that its cynicism is clear), it would do so at the expense of entrenching Brexit in Britain’s political culture. It also leaves the Liberal Democrats, the Democratic Unionists from Ulster and the Scottish Nationalists (SNP) as the only parties now firmly opposing the TCA and Brexit. This coalition of the Outs won’t seriously threaten Boris Johnson, since it makes him look like the sensible centre—except in one regard, namely the SNP’s campaign for Scottish independence. And here the fact that he negotiated a free-trade deal with the EU strengthens him. Nicola Sturgeon, Scotland’s embattled First Minister, now has to make a case for a No Deal departure from the UK without having the safe harbour of EU membership or any clear passage to it as economic compensation for losing the British market and UK Treasury subsidies. It’s not a winning formula, even if it were to win.

Domestically speaking, therefore, two conclusions stand out from this analysis. First, Boris Johnson and the Tory government, even handicapped by the difficulties and failures of COVID-19, are likely to occupy the commanding heights of politics and opinion for the four years to the next election. Second, as far as any political change can be called irreversible in a democratic society, Brexit now looks irreversible or, to be more cautious, reversible only in the very long run.

Former Prime Minister Tony Blair, a passionate but thoughtful Europhile, accepted this in a recent speech that deserves more attention than it got. He argued that while he hoped that Britain would rejoin the EU in the future, that could only happen if Brexit were a success. A failed Britain would not be admitted on anything like acceptable terms. Remainers should therefore abandon any last-ditch opposition and make Brexit work.

That’s a sober and admirable adjustment for Remainers to make. But the Scottish blogger, Effie Deans, shot it down immediately by listing ten obstacles to Britain’s rejoining the EU. In the interest of saving space, I will list only five: Britain would have to adopt the euro, be subject legally to the European Court of Justice, rejoin the Common Agricultural and Fisheries Policies, accept free movement of labour across EU borders, and abandon any trade deals made post-Brexit.

If the combination of Brexit and the TCA was a domestic triumph for the Johnson government, was it also a comparable diplomatic success? Here the answer is more complicated. Taken together, they certainly were a success: Britain got free trade in goods with the EU without either tariffs or quotas, which is a better deal than any other “third country” has obtained. But these deals were both compromises: the EU had to get some things in return and the UK had therefore to make concessions to Brussels. Most of those concessions were not major but they weren’t trivial either. They were liveable with—especially with goodwill on both sides: for instance, a transition period of five years before the UK takes full control of its waters and fish stocks, and no “passporting” for the UK’s important and highly competitive financial services sector.

But the single most important provision in the TCA is its treatment of regulations. Here’s why: the EU and its largest member-states, France and Germany, wanted to keep Britain within its structures of tax and regulation to limit the threat of a highly competitive free economy next door. Ideally, they would have preferred to get London’s agreement to abide by the EU’s current and future regulations—so-called “dynamic alignment”—as part of the TCA. But that was resisted by the UK negotiators since it would have nullified the whole point of Brexit, namely making laws and varying regulations to advance the UK’s own interests, and would have subjected the country to the jurisdiction of the European Court of Justice.

So the compromise reached was that the UK would be free to vary its regulations but that Brussels—if it believed a UK regulatory change put the EU at a disadvantage—would be able to restrict that particular freedom of trade. (It’s more complicated, but that’s the gist.) And, of course, that’s a classic “tar baby” provision—for both sides.

Brussels hopes that whenever a British government tries to reform its regulations for the sake of competitiveness, those UK economic interests that benefit from the status quo would organise to block the change and cite the threat of EU retaliation to do so. On the other hand, as Britain increases its trade with faster-growing Asia and North America, Boris could cite the need for more flexible regulations and taxes if companies are to realise the greater trade gains available there. Nor is it a matter only of trade. As Salvatore Babones has pointed out, the more that the UK slips away from the embrace of Brussels, the more its supply chains are likely to be integrated with the more technically advanced industries of a dynamic North American bloc—one, moreover, that doesn’t threaten UK sovereignty.

Such changes would take place over decades, however, and any rows between London and Brussels need be no more than intermittent interruptions in a largely stable and cooperative EU–UK relationship. That prediction assumes goodwill on both sides, however, and that has not always been forthcoming from the EU. Just such an outburst of ill-will from Brussels erupted in late January when the UK, having spent heavily and shrewdly both to fund the development of anti-COVID vaccines and to sign contracts with the pharmaceutical companies for early delivery of them, surged ahead of France, Germany and the EU in vaccinating its older citizens. At the time of writing, the UK has vaccinated 11 per cent of its people compared to less than 3 per cent for the EU.

It must have been galling for EU mandarins to see Boris Johnson, whom they had dismissed as an incompetent buffoon, unexpectedly emerge for a second time as the man who had got the big things right. But they had co-operated in making him look good. German Chancellor Angela Merkel and EU Commission President Ursula von der Leyen had intervened to insist that the proper response to the pandemic should be a collective “European” one rather than several different national policies. The EU Commission had then delayed signing contracts with the pharmaceutical companies in order to haggle over price rather than making sure of supply.

Both Eurocrats and European leaders then compounded these errors by blaming AstraZeneca for not distributing the vaccine “fairly”; seeking export controls to prevent the Brits getting more; hinting heavily (this was France’s President Macron) that the AstraZenica vaccine wasn’t really effective for older people even as the French medical agency endorsed it; and most fatal of all, trying to prevent EU vaccines leaking into the UK from the Irish Republic by imposing the “hard border” that Brussels had repeatedly denounced in negotiations as the poisoned fruit of Brexit.

The Commission’s edict had to be withdrawn an hour later. But the damage had been done—and not only to the EU’s reputation in loyal little un-consulted Ireland. What the EU’s Vaccinegate has done is to suggest to the markets that Euro-government is “not fit for purpose”, to EU member-states that their citizens would be safer if they had run COVID policy, to UK Remainers that their faith had been misplaced, and to the world that Brexit looks wiser and Boris more capable than perhaps they had thought.

What Happened in the Previous Future?

The Thinking of a Postmodern Warlord