Vladimir Bukovsky: The Dissident Who Won 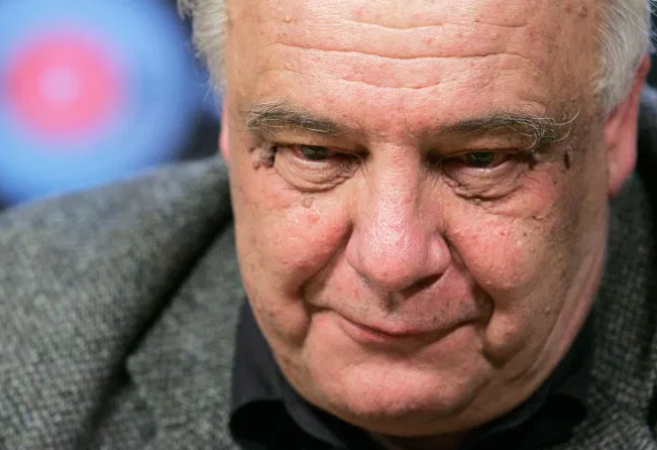 Vladimir Bukovsky, the great anti-Soviet dissident, died on Sunday, November 4. Five days later the thirtieth anniversary of the fall of the Berlin Wall was celebrated throughout Europe but especially in the cities of Warsaw, Prague, Budapest and points east whose liberation had been entrenched by that symbolic event on November 9, 1989.

Some of Bukovsky’s obituarists saw a poignancy in the near coincidence of the two dates because they believe the democratic promise of 1989 has not been fully realised in a “Europe whole and free”. But I don’t think Bukovsky, whom I was fortunate to know as a friend, felt quite that sentiment.

He undoubtedly believed strongly that the promise of 1991 when the Soviet Union disintegrated had been illusory. Admittedly, the USSR was no more, its constituent republics had regained their independence, the Communist Party had been defeated and discredited, and a revived Russian national state under Boris Yeltsin was restoring democratic government. All these, especially the independence of the Baltic republics (which has been sustained), obviously delighted him.

But the “Moscow Spring” was so brief that nobody called it that. The KGB, now renamed the FSB, was soon back in control under Vladimir Putin’s regime of siloviki (in English: securocrats). Communism was out, but kleptocracy was in. Corrupt oligarchs ran an economy managed for the joint benefit of themselves and siloviki. And a revanchist Russia was manipulating local “frozen conflicts” to restore effective control of its former statelets, sometimes even defrosting the conflicts with military interventions in Georgia and Ukraine.

Bitterly critical of these post-Soviet developments, Bukovsky nonetheless felt that the liberation of Central and Eastern Europe had been both real and successful. Poland, Hungary, the Czech Republic and Slovakia had become genuine market democracies in which—after a rough period of economic “shock therapy”—the standard of living rose steadily and governments changed hands peacefully. He praised Poland’s and the Czechs’ economic success, accepted a decoration from Viktor Orban’s Hungary, and defended these countries from what he saw as the European Union’s creeping supranational control.

He certainly did not think 1989 had been illusory. In fact he told Luke Harding of the Guardian about Poland, Czechoslovakia and Hungary: “There we achieved something.” And though desperately ill in recent years, he never stopped battling his old enemies in the Kremlin, now disguised as Russian nationalists, with the same astounding courage that had marked his early battles with Soviet bureaucrats both military and medical.

As a young dissident, Bukovsky had been sentenced to serve in a succession of prisons, labour camps and psychiatric hospitals over a period of twelve years. He went on hunger strike twenty times in protest at his treatment. He was injected with psychotropic drugs on the pretext that his opposition to the Soviet state was plainly a symptom of mental illness. He managed to smuggle documents revealing this odious practice to the West where it embarrassed both the Kremlin and its sympathisers in psychological medicine. And extraordinarily he became both an admired figure in the Gulag and a celebrated one in the West.

Baffled as to how to deal with Bukovsky, in 1976 the regime expelled him to Switzerland in exchange for the imprisoned Chilean communist Luis Corvalan. But he was soon as much trouble to the KGB in the West as he had been in the USSR. Almost his first words at an arrival press conference set the tone for the next forty years. Asked by a journalist how many political prisoners remained in the Soviet Union, he replied, “Two hundred and eighty million.”

He went on to explain that everyone in the Soviet Union from his old guard in the Gulag to members of the Politburo were all political prisoners. And the more each man realised that the person next to them felt like a prisoner too, the stronger resistance would grow and the weaker the regime would become. What was needed was for people to realise how they and others all felt. This was an argument that had very long legs.

Archbishop Karol Wojtyla was independently reaching exactly the same conclusion in Poland, where the Catholic hierarchy was busy making the Church a canopy under which dissidents of all religions could gather and speak freely without fear. Indeed, the words with which Wojtyla, then Pope John Paul II, began his visit to Poland in 1979, and which kicked off the undermining of the Polish communist regime, were “Be not afraid.”

In faraway California Ronald Reagan, writing his regular column, cited Bukovsky’s testimony that Soviet dissidents still in the USSR were defying the regime despite imprisonment and brutal treatment, in support of the following proposition: “A little less détente with the Politburo and a little more encouragement to the dissenters might be worth a lot of armored divisions.” And in Britain, where Bukovsky settled for the rest of his life (becoming a naturalised citizen at the time of the Falklands War), Bukovsky was introduced to Margaret Thatcher by their mutual friend, the historian Robert Conquest, who was well-known to Soviet dissidents because of his major book on Stalin’s purges, The Great Terror.

In addition to courage, celebrity and a few good contacts, Bukovsky also had immense charm. That naturally smoothed his way in English society. Not long after arriving, he was offered the loan of a cottage in which to write his book, To Build a Castle, by the Tory MP Winston Churchill. Churchill and his wife weekended there sometimes, and on one occasion they were invited with their guest to a lunch by neighbours. The other prominent guest was the Queen. When he was introduced to her, the Queen asked politely how he found life in the West. Bukovsky replied: “Well, I have to go to a great many places I don’t want to go, meet a great many people I don’t know, and discuss a great many matters I’m not very interested in. In short, Your Majesty, my life in the West is rather like your own.” That was undoubtedly lèse majesté but it apparently charmed the Queen. And it was rewarded some years later when, at a luncheon in her honour at Stanford University in California, she prevailed upon the Provost to relax his anti-smoking ban to allow Bukovsky, a guest at her table and a restive chain-smoker, to relax with a cigarette.

Politics and the anti-Soviet struggle, rather than any social ambitions, were Bukovsky’s driving passions, however, and he became an informal adviser to both Margaret Thatcher and Ronald Reagan in their dealings with Soviet leaders. It’s fair to say that though he differed occasionally with them—for instance, he did not share Mrs Thatcher’s high regard for Mikhail Gorbachev—he reinforced both their anti-Soviet determination and also their political instincts that the Soviet Union could best be brought down by steady political and economic pressure and support for internal democratic anti-communist movements at least as much as by military competition.

And his work had subtler rewards. Both Reagan and Thatcher sought his advice on how to help Soviet dissidents when going into meetings with leaders of the Soviet Union. After the fall of the USSR in the early 1990s Bukovsky had the eerily comforting experience of finding in the files of the Politburo a letter from himself to Ronald Reagan listing the names of people he thought might be released by the Soviets if a little pressure were applied. Reagan had passed the letter on to the Soviets and applied a little pressure—probably adding, as he usually did, that he would claim no credit for doing so. At any rate the names were ticked off and the dissidents were let go.

As several obituaries noted, Bukovsky differed from other exiles in not confining his anti-Soviet activities to writing and advising but also organised a resistance to Soviet power that penetrated into the Soviet Union itself. It sent over mechanical and electronic aids to political activity—some of them very substantial, such as computers, printing machines and faxes—to help build the growing dissident movement.

I asked him what happened if they were discovered. He replied that his organisation bribed the customs or frontier guards.

But what happened if they refused the bribe? “They never refuse the bribe,” he said, laughing heartily at my innocence.

That was why he was one of the few people who forecast that the Soviet system would fall when most of the wise men in the universities, think-tanks and chancelleries of the West thought the Soviet empire was a stable one with which they would have to deal indefinitely. He had realised as a young dissident that what was required to undermine the communist system was to spread the recognition that everyone was privately against it. He now exploited that growing recognition to recruit everyone to work against it.

He won in Central Europe. He fell short in post-Soviet Russia. But others inspired by his example will keep trying.

6 thoughts on “Vladimir Bukovsky: The Dissident Who Won”

The Last of the Tory Squires