National Conservatism, the Return of the Repressed 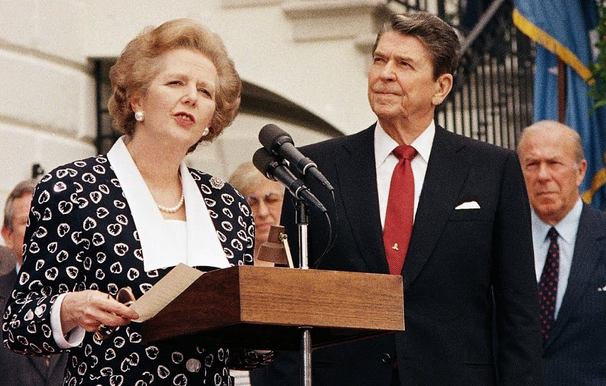 National Conservatism Conference, Miami, September 11, 2022 —  Ever since the National Conservative movement hinted at its existence, it has been greeted with suspicion not only by the Left but even by some conservatives who might have been expected to welcome it as another important strand in conservative politics. Their criticisms have been various—for instance, that its nationalism must inevitably mean anti-market politics—but it was commonly agreed that it was something new and untried, maybe therefore not conservative at all. Those attacks settled down very often into a mainstream media orthodoxy that it was really a species of populism bent on attacking “liberal democracy” and thus highly suspicious.

NatCon has survived such interpretations, and indeed prospered, but they’re worth examining. To help do so, I recently read Francis Fukuyama’s new book, Liberalism and its Discontents, where he discusses the relationship between liberalism and democracy in Western politics and political thought. He defines democracy in a way we would all endorse as meaning periodic free and fair multi-party elections under universal adult suffrage. So far, so good.

He then goes on to liberalism and writes:

Liberalism in the sense I am using it refers to the rule of law, a system of formal rules that restricts the power of the executive, even if that executive is democratically legitimated through an election. Thus, we should properly refer to ‘liberal democracy’ when we talk about the type of regime that has prevailed in North America, Europe, parts of East and South Asia, and elsewhere in the world since the end of the Second World War.

And the first thing to be said is that “liberal democracy” was not in fact the system of government we thought we had and said we had. If you look at the many statements of major political leaders, governments and international institutions such as NATO and the EU after 1945 and especially after the founding of NATO in 1949, they almost always used the naked, unadorned term, “democracy”, to describe the system of government which Western governments were united in defending.

In June 1978 in Brussels, Margaret Thatcher delivered a speech on foreign policy in which she welcomed the approaches of Spain and Portugal to NATO as follows: “The transition from dictatorship to democracy in Spain and Portugal in particular is one of the few really encouraging things which have occurred.” And there are countless such official statements using “democracy” without adjectives to describe the West’s system of government.

Now, that’s not to say that I would have been surprised or disturbed during the Cold War to hear the term “liberal democracy” used more or less as a synonym for the naked noun. Almost certainly I would then have come across it in a book or lecture by a political theorist rather than in a speech by an active politician. “Liberal” was also the name both of a political party and of a broad political disposition which meant different controversial things in different countries: economically right-wing in Europe, soft on crime in America. That would have introduced confusion into the powerful idea of a government for, of and by the people. So it wasn’t a term in the Cold War.

But there was then also a context in which “liberal democracy”, though uncommon, would have been readily understood (but which was also conveyed simply by the word democracy alone.) And that context was as follows: For democracy to be genuine, it has to be accompanied by free speech, a free press, open debate, no major barriers to entry into the electoral process, and similar rules directly devoted to ensuring that elections were fair and meaningful. These procedural rules weren’t always spelled out; they didn’t have to be; it was clear that you couldn’t have elections without them. And that’s the major reason why democracy wasn’t called “liberal democracy”.

These limited liberal rules were inherent in the democratic process. They were a guarantee of democracy, not a corrective to democracy if it produced a result we didn’t like.

That is not what is meant by “liberal democracy” in Fukuyama’s formulation. As he makes clear in the above quote, he sees it as a system of formal rules that restricts the authority of elected governments. That describes a much more extensive, intrusive and powerful system of rules that scarcely existed in 1945 and was still in its adolescence in 1989 when the Cold War ended. Western countries began to develop new institutions in a world when—it seemed—we didn’t need to worry about Russia or ideological threats from anywhere until 9/11—and that threat pointed us in only one direction and not the most important one.

What that has meant is the gradual development in Western countries of the transfer of powers from democratically elected and accountable parliaments to non-accountable courts and bureaucratic agencies, and internationally from national governments to supranational bodies, international courts and enforcement agencies of treaty obligations that have been expanded far beyond their original interpretations. This massive change covers everything from trade and war-fighting powers to cultural and legal traditions. Our laws and regulations are now made in a wilderness of overlapping sovereignties often exercised in private and not subject to the rules we would impose domestically. At the same time, as Professor Thomas Gallagher has demonstrated in the Hungarian Conservative, one supra-national institution, the European Union, has now taken this process a crucial stage further: “Since the year 2000, if not earlier, the EU has acquired the legal power to insist that member states comply in their internal affairs with a particular set of political values. It acts as a pedagogue promoting a new liberal order centred around the values of egalitarianism and diversity. Imposing and regulating behavioural standards within its own ranks has thus become a major preoccupation.” In effect, the expansion of liberalism is now redefining democracy in a way that renders some political attitudes—generally conservative or patriotic ones—unrespectable in political debate.

Let me suggest that there were two moments in this expansion of liberal institutional authority which should have prompted concern and opposition from both democrats and nationalists. The first was when courts expanded their legal authority from merely declaring a law “unconstitutional” and leaving it to Congress or Parliament to amend it, to imposing their own solution in place of the law. That is now commonplace in the US, Europe and the Anglosphere—but not universally so: there’s no court superior to the New Zealand Parliament. The second moment was when a supranational authority of any kind imposed a final decision on the laws and regulations of a democratic parliament. Expressions of concern there were, frequently, but there was no effective opposition to this gradual growth of non-democratic and anti-national political authority. In fact the mainstream parties of the Centre-Right were themselves complicit in what John Fonte was the first scholar to identify as post-democratic and post-national politics. And that only began seriously to change when insurgent political parties emerged and began to win elections precisely because mainstream conservatives had ignored their constituencies, appeased the new supranational authorities and gradually imbibed post-nationalism.

National conservatism, ladies and gentlemen, is nothing new, not in the least. It is the return of the repressed.

Nationalism and patriotism were the common coin of conservative politics until after 1989 when they began to be seen by progressives across the spectrum as atavistic obstacles to a new post-national, post-democratic age. Consider the rhetoric of Churchill, Roosevelt, Reagan and Thatcher—it was patriotic, bold, unashamed and persuasive to millions. When Margaret Thatcher heard the argument that nationalism had led to the Second World War, she replied that Nazism and communism were two ideologies—one of race transcending nation, the other of class transcending nation—and that it was national loyalty that had inspired the popular resistance to both oppressive ideologies. And it continues to inspire the great majority of citizens in democratic societies.

Fukuyama accepts some of this analysis. One of his aims is to persuade liberals and the Left to embrace nationalism and the nation-state. His overall argument is one that conservatives should support. Life and politics would be far less stressful if no one felt the nation was up for grabs at every election.

But reservations creep in when he explains exactly why liberals should not give up on the idea of the nation: “National identity is malleable, and it can be shaped to reflect liberal aspirations and to instil a sense of community and purpose among a broader public.” Does this really mean embracing nationality and the nation, however? Or is it a purely instrumental exploitation of the idea of the nation to advance a liberal political agenda? Would the nation be safe if its interests were to clash with the progressive Left’s preference for supra-national bodies or even with his own more detached liberalism?

Doubts on that score are encouraged by his critique (“serious misunderstanding”) of Christopher Caldwell’s argument in The Age of Entitlement, that the 1960s civil rights revolution brought in a new constitutional order in which courts regularly overrule laws passed by democratically elected governments. He thinks that seeking to overturn this order means accepting that democratic majorities would then be able to restricts the rights of some citizens as under racial segregation. That’s extremely unlikely in reality, but since the mere possibility is unthinkable, Fukuyama tells disappointed democratic majorities to suck it up.

What then does he propose as a solution for the far more likely (since it’s actually happening) possibility that courts and agencies will continue to rule large and increasing areas of life in resistance to the laws of governments elected to implement them? Courts and agencies are not told to suck it up. Instead, he suggests that they should exercise greater restraint in infringing on the prerogatives of legislatures. And if they don’t? Well, in that case, they “risk delegitimising themselves”.

There’s a marked disproportion between these two remedies, leading me to think that under “liberal democracy” neither the nation nor democracy will be very secure.

5 thoughts on “National Conservatism, the Return of the Repressed”