Abortion Politics at a Late Stage 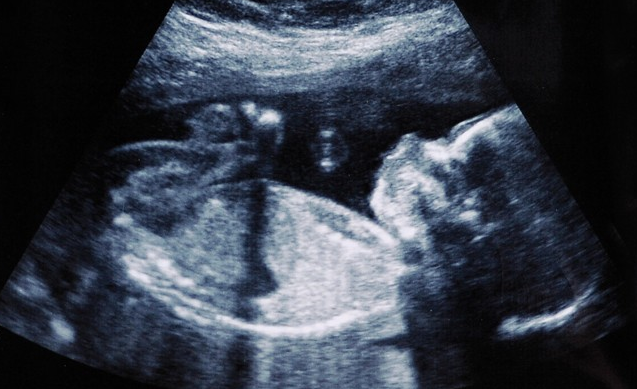 Now that the US Supreme Court has adopted Justice Alito’s leaked draft judgment and overturned the 1973 Roe v Wade precedent that found a constitutional right to abortion in the ‘penumbras’ of the US Constitution, it will be a revolution in American life. It will be a democratic revolution too, because it won’t outlaw abortion—as pro-choice protesters angrily claim—but instead transfer decisions on it from the US federal judiciary to the voters and legislators of the fifty states.

Doubtless that will bring us many, various and unpredictable legal surprises. For, though you would never guess it from the media, neither most Americans nor other Westerners think or know a great deal about abortion law. Sixteen years ago, I described my experiences when the topic was raised over dinner tables in Washington and Paris:

Washington liberal: “Mr O’Sullivan, our American obsession with abortion is so embarrassing. Why can’t we be like Europe? They’re much more sophisticated. It’s not even a political issue there. Please pass the blue sweetener.”

Myself: “Well, that may be because the laws in most European countries are much stricter than those in the US. Women have no constitutional right to an abortion. In Britain, for instance, except in cases of severe handicap, abortions are not permitted after the twenty-fourth week of pregnancy.”

Paris sophisticate: “My dear John, you Americans are too absurd. This sexual abstinence, your fundamentalist Christians, all this political fuss about abortion. How do you explain such an obsession? This Armagnac is delicious, no?”

Myself: “Yes. Well, that may be because the courts have ruled that there can be no restrictions on a woman’s right to an abortion. An abortion can be performed on a fully viable fetus—even, in the case of partial-birth abortion, as the baby is leaving the womb.”

Neither side even knows much about its own abortion laws. Most Americans do not know that Roe v Wade—taken together with a second Supreme Court judgment, Doe v Bolton, delivered on the same day, that effectively removed some of the protections in Roe—allows a woman and her doctor a legal abortion for any reason at any time before birth and arguably even during birth. The courts have confirmed this in countless cases but especially in those striking down state and federal laws to prohibit or regulate “partial-birth abortion”—the procedure in which a baby is partly delivered and, while in the birth canal, has his or her skull crushed and his or her brains sucked out.

This is an unfettered right to abortion posing as a clinical decision.

Before any non-Americans sense feelings of moral superiority stirring in their breasts, however, they should check on their own countries. With rare exceptions such as Poland, the rules are usually interpreted to allow any abortion that a woman and her doctor can agree about. In Britain that’s mutated into a sexual and medical culture in which abortion is seen as the contraception of last resort.

Until recently, moreover, America’s media and main cultural institutions have been keen to protect that ignorance. Pro-life organisations face censorship of their films, restrictions on their protests, and marginalisation in political debate. Even so, repeated polling over the years—with an exception discussed below—suggests that Americans would oppose late-term abortions if they knew about them. One consistent finding, for instance, is that abortions should be “generally illegal” in the second trimester, let alone the third. Or as the American Enterprise Institute’s public opinion expert Karlyn Bowman has put it: “Most Americans oppose most abortions.”

In its own terms, the US debate balances opposite opinions. On the one hand Americans favour such regulations as parental notification laws and information about alternatives; on the other hand they insist a woman should have a right to an abortion in cases of incest, rape or genuine health threat. And such outcomes would be better than the legal status quo threatened by Alito’s draft opinion.

But this apparent balance conceals doubt, ambiguity, a disposition not to learn too much about abortion law and practice, and a nervousness about its central moral problem.

If the entity in the womb is indeed a baby, as Ramesh Ponnuru argued in his still very relevant 2006 book The Party of Death, then the debates over restrictions and exceptions can only be secondary: “the fundamental question in dispute [becomes] whether all human beings have a right not to be killed [or] whether we accept the existence of a category of human non-persons”.

When technologies enable parents to see their baby in the womb at ever-earlier stages and thus to recognise it as a baby and not as “a clump of cells”, they are faced with a choice on which the usual regulations offer no guidance. They must choose either to kill or to let live. And about that choice there were deep disagreements.

Strong pro-choicers, especially pro-choice feminists, denied the problem, treating the entity in the womb not as any kind of person but as merely a part of the female body and seeing the unwanted pregnancy as an illness. Governments feared that if whatever is in the womb had rights, they would be called upon to spend money on it—often a covert establishment motive in this debate. And friendly but critical reviewers of Ponnuru’s book like Peter Berkowitz in the Wall Street Journal presented a view that sought to ground the great muddled middle of US opinion in something more substantially principled. He thought Ponnuru’s argument ran up against a big obstacle, namely, a

complex intuition that seems to underlie the American ambivalence: Invisible to the naked eye, lacking body or brain, feeling neither pleasure nor pain, radically dependent for life support, the early embryo, though surely part of the human family, is distant and different enough from a flesh-and-blood newborn that when the early embryo’s life comes into conflict with other precious human goods or claims, the embryo’s life may need to give way.

The first thing to be said about Berkowitz’s reasoning is that it was a serious attempt to come to grips with the idea that the embryo is a person or will certainly become a person and thus has some of the rights of a person outside the womb. That was an improvement upon the majority’s nervous aversion to thinking about the embryo at all.

The second thing to be said—since Berkowitz rested his argument upon a moral intuition—is that the moral intuition of a large number of pro-life Americans has always cut through corrupt motives such as racism, resource management, or the temptation simply to wish away the embryo’s personhood, and directed the conscience of the majority to scientific evidence that the embryo is a human person with rights deserving of our respect.

In 2006 therefore it seemed likely that more and more ordinary Americans, following an intuition increasingly reinforced by technology, would choose to protect life in the womb. According to the Centers for Disease Control and Prevention, moreover, something like that happened. Abortions in the US peaked in 1981, at a rate of 29.3 per 1000 women between the ages of fifteen and forty-four. Since then the number has fallen by three-fifths; in 2019 the rate was 11.4.

WHATEVER the reason, the political debate did not follow these personal decisions. If anything, it went in the other direction. To be sure, the pro-life movement persuaded legislatures in several states to pass restrictions on abortion—Mississippi passing the law that is now before the Supreme Court and threatening Roe v Wade.

But the pro-choice movement advanced more significantly. It now controls the entire Democratic Party as well as receiving support from the media, the American Bar Association, and most other cultural bodies. Where such organisations once declared that abortion should be “safe, legal, and rare”, they are now enthusiasts for more extreme policies—for instance, allowing babies who have survived abortions to be “let die” outside the womb—“post-birth abortion”. On both sides of the Atlantic, Left-liberal parties now endorse removing the right of conscience from doctors and nurses to refuse to assist abortions. A resolution before the European Parliament approving this removal—contrary to Europe’s own human rights law—was passed by 378 to 255 votes in June last year. As I was writing this, forty-nine of the fifty Democrats in the US Senate voted for a national right to abortion without any restrictions whatsoever. (The motion was defeated by one vote.)

How do we account for this extremist drift? One possibility is that the longer we live in a moral climate shaped by everyday acceptance of abortion, the more our sensitivity to the value of human life diminishes and the more we question the need for its legal protection. That would explain the one discordant note in recent polling: a large increase in the number of Americans who believe abortion justified “for any reason”. A contrary interpretation is that abortion law is a debate distorted because it takes place less on the election hustings where all voters take part than before the courts where the electorate is a narrower progressive elite receptive to progressive answers.

The Supreme Court’s decision to accept Alito’s draft has handed a lot of painful moral decisions to all the voters and legislators in fifty states. Many surprises lie ahead. But most Americans seem unlikely to endorse post- and partial-birth abortion with the nearly unanimous alacrity of the Senate Democrats.

17 thoughts on “Abortion Politics at a Late Stage”

National Conservatism, the Return of the Repressed