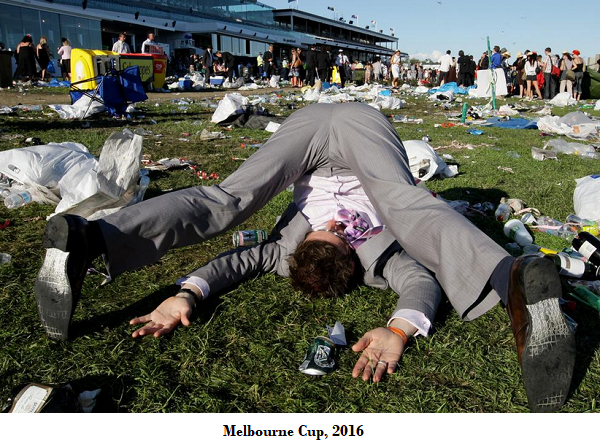 Whipping is said to be nice when it stops, and so is quarantine. However, in our case we emerged from quarantine only to go into lockdown three days later, and felt in the intervening period a little like prisoners let out on a short parole.

From now on we are to be allowed out for a short period of exercise and the purchase of essentials; we must treat everyone as if he were a suicide bomber, and are treated as such in return. In France, where there are similar restrictions, there has been a lovely debate as to whether books count as essentials. Fortunately, I possess so many books still unread that this discussion would remain of purely theoretical import were it to take place in Britain: which, of course, it never would.

My wife and I, however, took advantage of what in managerialese is called a window of opportunity to go to a large antiques emporium about thirty miles from our home (thirty-seven miles with assorted road closures for roadworks without any work being done). Of course, we didn’t need anything, or even want anything, our house being over-furnished already and we having long since passed the age at which we should be better off with fewer possessions rather than with more. But sneer as I might at the foolish, lemming-like compulsion of so much of modern humanity to go shopping for no good reason other than to fill in time, I sometimes feel the same compulsion myself, though in my case it is confined to the accumulation of yet more books that I don’t need, a superfluity which naturally I consider vastly more reasonable and spiritually uplifting than, say, a superfluity of shoes or clothes.

There was (as I knew in advance) a little section of the emporium devoted to second-hand books. You could tell that the local population, even that part of it which read books, is, or was, not very intellectually-inclined by the fact that the books on fly-fishing were far more numerous than those on the whole of world history: happy is the land where fly-fishing is (or is regarded as) more important that all wars, famines and political crises whatsoever. It was a relief to find a calm backwater in these times of Covid, American elections, Islamic terrorism, Brexit and the rise of China.

Be that as it may, I found an encouragingly short book titled The Future of Taboo, published in 1936 by Kegan, Paul, Tench, Trubner & Co. It was in their series, The Future of … published at the time, and it is always amusing to go back to the predictions of several decades ago. As it happens, I have another book in the series in my library, The Future of Swearing, by Robert Graves, who did not altogether foresee its brilliant future in Britain, at least in quantity if not in quality. I enjoy a little game when I walk down the High Street of the market town in which I live: how many yards can I go before I hear a person under the age of twenty-five use some part of speech of the verb to f**k? Usually it is not many; and if the schoolchildren gather after school by the church in front of my house, I can hear it even before I start out.

The Future of Taboo was written by Archibald Lyall, of whom I had never previously heard. A brief search on the internet—on my phone, there and then, a modern miracle—revealed that (despite meriting no entry on Wikipedia) he was a remarkable man, a barrister and linguist who was thought to speak twenty-five languages, who wrote a few travel books about the Balkans, Russia and Portuguese Guinea. He also wrote guide books to the South of France and was a witty bon vivant who, I am sorry to say, suffered the medical consequences of his enthusiastic gourmandising.

This particular copy was inscribed by his mother, Beatrix Lyall, who was a founder of the Mother’s Union, to Gervas, Sixth (and last) Earl Manvers. Mrs Lyall spent the last years of her life in one of those genteel residential hotels of the kind immortalised by Terence Rattigan and Elizabeth Taylor (the novelist, not the actress), to say nothing of several murder mysteries of the Golden Age, and in which I, if ever I were widowed, would rather like to spend the last years of my life—except, of course, that they no longer exist. There is no genteel shabbiness these days: everything is either spick and span in a slightly brash, and very expensive, way, or simply squalid.

Though—or perhaps because—Lyall had received the most expensive and exclusive education his country could afford him, he seemed to have had a rather low opinion of his countrymen and women. He begins by quoting, not altogether with demurral or disapproval, something that Count Keyserling, the Baltic German philosopher, said:

To the continental European the natives of the British Isles are completely incomprehensible … examined intellectually, the Englishman undoubtedly stands closer to the animal than to the intellectualised European.

To this opinion, Lyall adds that psychologically speaking he (the Englishman) stands with the Asiatic and the primitive man in that the majority of his actions are rigidly dictated by custom, etiquette, caste prejudice and taboo. In other words, the Englishman does not think, any more than does a train when it runs on rails: so perhaps it is not altogether surprising that only in England is it not entirely an encomium to call someone, or be called, clever.

No doubt Keyserling’s and Lyall’s generalisations will not please everyone, but it would be vain to deny that there is something lumpen and coarse about Anglo-Saxon culture by comparison with French, Spanish, Italian or German, especially in its day-to-day aspects. In this respect, the British resemble the Russians. But Lyall is like the person who is so alive even to the slightest shortcoming of his closest relatives that he squirms inwardly with embarrassment at their every supposed faux pas which no one else even notices. It is true that the charms of Anglo-Saxon life are not as immediately apparent as those of, say, Italy, but they are there all right.

It is interesting in this book to see what has endured and what has changed. In 1936, a person would be asked what sport he followed, but eighty and more years later he would, in the same circumstances, be asked what team he followed, meaning what football team; in both cases it would be inconceivable that he had no interest whatever in sport or football, which would be almost an admission of enmity to his country and, worse still, to the people. That football has taken the place of sport in general is a sign of the proletarianisation of the culture, such that no intellectual or chief executive of a huge company would dare publicly aver complete uninterest in what the Times now calls “the Game”—no qualifying word necessary.

Another sign of proletarianisation is the reversal of the direction of the spread of taboos. Thus Lyall says:

The taboos of the well-to-do show a steady tendency to spread downward and supersede the taboos of the poor, who have a natural ambition to improve themselves by aping those of their so-called betters.

To this undoubted truth at the time (my father was born in the slums of East London but learnt to speak with the received pronunciation, which he adopted for the rest of his long life and which became second nature to him) Lyall appends the following footnote:

In Russia, of course, where the proletariat are the “betters”, the situation is reversed and citizens of good birth spend much of their energies in ingenious efforts to conceal or to live down the stigma.

And with the true eye of the born anthropologist, he adds, “The same is true to some extent of contemporary Oxford.”

Of course, there was a difference between Russia and Oxford. In Soviet Russia, adopting proletarian ways was a survival mechanism, a matter of life and death, whereas in Oxford it was a fashion, and a pretty dishonest one at that. It was Marie Antoinette playing the shepherdess.

Unfortunately, affectation when continued long enough becomes authentic habit, and now in Britain the relentless march of downward cultural aspiration has borne fruit. To a natural national propensity to lumpenness has been added an ideological approval of coarseness and a hatred of aesthetic refinement, with the sole exception of culinary art. There, at least, things have improved for the better out of all recognition.

Among Anthony Daniels’s recent books are Embargo and Other Stories and Around the World in the Cinemas of Paris, both published by Mirabeau Press this year under his pen-name, Theodore Dalrymple

One thought on “The Ever-Downward Coarse”