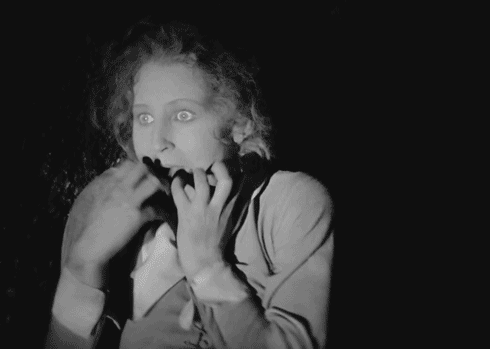 A young Frenchman of our acquaintance who has spent three years in Australia (so far) spoke to my wife by telephone in March.  “C’est quoi, le coronavirus?” he asked (What is it, the coronavirus?), never apparently having heard of it before. There was a delightful freshness to his question.

Talk about the lucky country, I thought to myself: or perhaps I should have thought, talk about a lucky young man, not to have heard of coronavirus. In a way his feat of ignorance had a heroic quality about it, or at any rate indicated a sure sense of navigation through the world without taking any notice of the dispiriting flux of news and daily events. You need finely-tuned antennae to be able to avoid the temporary obsessions of the news media, so ubiquitous are they nowadays, and an ability to slide away mentally from them as some people are able to avert their minds from anything unpleasant.

Studies have shown, apparently, that those who listen to or read the news every morning are more inclined to depression, in the sense of misery, than those who do not. There is no doubt a very good reason for this: to hear about the evils of existence without being able to do anything to lessen them is to face the day with a sense of one’s own impotence and insignificance.

I am not one of those fortunate—or is it wise?—people who pay no attention to the news, and during the COVID-19 epidemic I have been transfixed by the statistics, being quite unable to make up my mind whether too much or too little was being made of the epidemic. I inclined to the former view, but without any deep conviction: I was more than usually able to admit the possibility that I was completely in error, and that those who predicted gloom were right.

Governments were enjoined to follow the science, as if the science, or rather the scientists, spoke with the unanimity of a Greek chorus. But of course it, or they, did no such thing: and scientific considerations were not in any case the only ones that mattered, or should have mattered. Certainly the public health was important, but it was not the only thing that was important. An economic implosion would bring much human torment in its wake (and also, incidentally, affect adversely the public health itself, for impoverishment is not good for health). Politicians have to take a global rather than a partial view and, unless they are utopians, be prepared to trade off disadvantages for advantages. Moreover, they have to do so in conditions of ignorance. Economic modelling is, if anything, even less reliable than the epidemiological variety.

Modelling of complex systems is inherently hazardous because, in an attempt to make a model more realistic, more variables have to be taken into account: but as each variable has a range of possible values, the more variables that are included in the model, the wider the range of predicted possible outcomes. Of course, the human mind has a preference for sensational possibilities rather than dull ones, and so it is the former that are taken up by the media. And the reader or listener, seeing or hearing that “millions may die”, forgets that “may” is not the same as “will”, and experiences a frisson of fear. But fear is not an altogether unpleasant emotion (what would life be without it?), provided that whatever is feared is not too close to one and there is at least the strong possibility that it will have been unjustified by the eventual outcome. “Millions may die” is a thrilling headline so long as one does not truly believe that one will be among the millions.

I have tried to think of the salutary effects of the epidemic of COVID-19, at least for those of us who live in the purlieus of Western civilisation. My first thought, I am afraid, was a frivolous one: at least it has shut Greta Thunberg up for a time and saved us from her adolescent scolding. There are those, it is true, who believe that the epidemic is Nature’s retribution for our abuse of the planet, or rather the planet’s surface, as once it was thought that the Lisbon earthquake was God’s chastisement of that wicked city, and who call us to secular repentance by henceforth leading a simpler, cleaner, healthier life, but I do not think that they are for the moment receiving a wide hearing. This may change, and we may yet see the equivalent of the medieval flagellants running through the streets.

Will this episode, once it is over, have improved our character, as once cold showers were said to do? Shall we bear in mind the fragility of things, be less wasteful, less inclined to take everything for granted? If I know humanity, the answer is “No”. The expression “Never again” should really be, “To be repeated sooner rather than later”.

This ability to put lessons behind you and forget them, or at least put them behind you until they are next recalled in crisis, is of ambiguous value. I have never, for example, learned the tenuousness of my hold on life from the brushes I have had with death which, when I look back over my time, have been surprisingly many. But as soon as they were over, I forgot them and proceeded as if my life were protected by what Richard II called “brass impregnable”, as if I were immortal, which no doubt led me to a recklessness that resulted in another brush with death, and might easily have led to death itself.

But not to have put the memory of my brushes with death behind me would also have had unfortunate consequences. It would have rendered me timid and fearful, possibly hypochondriacal. Hypochondriacs during the epidemic have had a terrible time of it, imagining each bodily sensation a symptom of the infection, a harbinger of imminent death, forgetting entirely that the great majority of sufferers recover from the illness. I suppose that the monitoring of one’s bodily sensations at least gives one an absorbing interest, but personally I would prefer to be insouciant than panicky.

Despite our tendency to amnesia, there may be effects of the epidemic that will prove lasting. A friend of mine who does a lot of medico-legal work tells me that lawyers during the epidemic have realised how little they or any of their staff need to go to their office, and in fact that their offices—large, grand and expensive—are to a surprising extent superfluous. Far smaller premises would do, cutting down on overheads and no doubt increasing profits rather than reducing fees. There must be many other offices that have been revealed as supererogatory, such that even if there were no lasting recession—or depression—after the epidemic was over, rents and commercial property prices will fall. Whether this would be for good or ill, I leave it to economists to decide.

In the dark days of the early 1970s, Britain was obliged by a coal-miners’ strike to go on to a three-day working week (our power stations were then mostly coal-fired, and hence there was a shortage of power). Strictly speaking, production should have declined by 40 per cent, but instead declined only by 20 per cent. This surely meant that, on average, people spent one day at work completely unproductively, which will come as a surprise only to those who have never worked in an enterprise or organisation of any kind.

In other words, at least a fifth of our working time is spent doing nothing, or rather nothing productive. Most people are incapable of doing nothing, in the strict sense that a meditator does nothing. Moreover, much of their activity may not merely be unproductive but positively counterproductive, in so far as most people at work feel obliged to do something, and by far the easiest thing for them to do with their superfluous time is to obstruct others, to have unnecessary meetings and so forth.

If taken seriously, not only offices, but millions of journeys to offices, would become unnecessary, pollution would decline and leisure time would increase. This latter would be a disaster, since most people do not know what to do with themselves as it is. It is for this reason that work is not arranged as efficiently as possible, but its productive aspect is diluted by myriad unnecessary tasks—unnecessary, that is, from the narrow point of view of production. Except in the factories of the East, where production is all, a great deal of work is designed to keep us occupied while we produce nothing. It ameliorates boredom and prevents the bad behaviour in which boredom results.

7 thoughts on “The Pleasant Embrace of Fear”

Commissars at the End of History