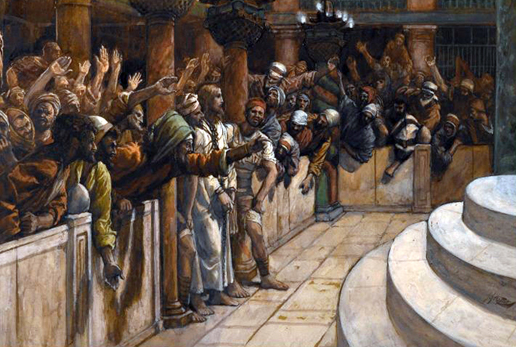 A distinguished journalist once confided to me what he admitted was a worrying thought: whenever he had appeared in a newspaper report as opposed to writing one, at least one fact in how he was reported turned out to be wrong. He didn’t think it was bias, since the errors were mostly about such pedestrian matters as his name or age. He had decided it was simply carelessness: standards were slipping. Maybe, though (he concluded sadly), it was just that he was getting older and grouchier.

Well, yes. And no. In the last week I’ve had good proof that my late friend was onto something, but something more complicated than carelessness. For I too was mentioned in the newspapers, this time as attending a conference in Rome at which “far right”, “hard right”, “anti-Semitic” and “homophobic” figures in European politics were speaking. And that came as a surprise.

The story began when the Guardian published a piece warning that a Tory MP, Daniel Kawczynski, was planning to attend a conference on national conservatism at which the leading speakers would include hard-right and anti-immigration figures such as the Hungarian prime minister “and a niece of Marine Le Pen”. In the Spectator Kawczysnki disputed this account and said he would go to Rome anyway. After which the story exploded with adjectives flying in all directions.

Marie van der Zyl, president of the Board of Deputies of British Jews, condemned Kawczynski for consorting with “some of Europe’s most notorious far-right politicians” and called on the Tories to suspend him. The BBC’s World at One repeated the “far right” slur. Labour front-bencher Andrew Gwynne said that Kawczynski would be sharing “a platform with anti-Semites, Islamophobes, and homophobes”.

The Rome conference took place despite this disapproval, and the Associated Press reported it here under the following headline: “Nationalists in Rome cheer Brexit, honour Pope John Paul II”. That headline was a good summary of the report, which was accurate about the facts, and not uncritical but fair-minded in its account of different speeches and opinions. It described the participants as “right-wing” and “conservative”, concluding with the information that “the conference was organised by the Edmund Burke Foundation based in the United States and other conservative intellectual and political groups”.

As a former wire-service hand myself (with the AP’s rival UPI), I was reassured to see that even if the AP goes “woke” some day, it will still get the names right and the quotes accurate. Good habits die hard.

Another explanation for this accuracy may be that if you are reporting an event, it helps to be there. Anyone searching for anti-Semitism, for instance, would have been surprised to see the Star of David alongside Hebrew script on the screen behind the speakers. They’re clearly visible to the right of Kawczynski’s head in the press photographs of his interview. They are the symbol of the Herzl Institute, one of the seven conference sponsors (my own Danube Institute was another). 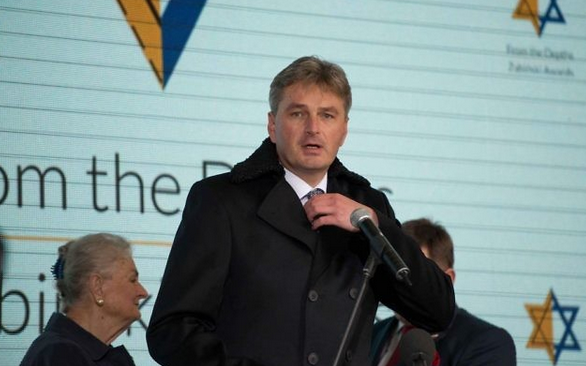 Conservative Daniel Kawczynski addresses the From the Depths awards honouring those who helped Jews escape the Holocaust — an unlikely speaking engagement for a man alleged by the Left’s media auxiliaries to be an associate and supporter of anti-Semites.

Not only that, but the Herzl Institute’s president, Yoram Hazony, is the author of the well-reviewed book The Virtue of Nationalism, which roots nationalism in religion, especially in the English-speaking world, and which was—so to speak—the bible of the conference. He was also the presiding director of the event.

So much for anti-Semitism. Homophobia, then? Two of the conference speakers were gay men, including Kawczynski himself, and I heard no objection to their presence but many expressions of admiration for their remarks.

And what of the general run of “far-rightists” with “unacceptable” views? They turned out to be the prime minister of a friendly government; leaders of major parties in the Italian, Polish and other parliaments; former US ambassadors; veterans of the Reagan and Bush administrations; senior fellows in major Washington think-tanks; a distinguished theologian; and two especially dangerous suspects—the niece of Marine Le Pen, who has changed both her name and her politics to embrace an unthreatening conservatism based on cultural sympathy between Latin-language countries, and a great-grand-daughter of Mussolini, who wasn’t present or invited or on anyone’s radar except that of the Guardian which cited her as a friend of the rising and respectable Italian centre-Right politician, Giorgia Meloni, who had sometimes invited her to party events. It’s hard to describe such linkages as guilt by association; they’re far too remote for that.

Don’t take my word for it. The media page of the National Conservatism website here. If has a long list of reports, op-eds and commentaries, some quite critical of the conference aims and debates, which show that it was a serious intellectual event with real differences of opinion between participants but no explosions of extremism. My own guess is that the furthest-Right view with wide support in the room was that other European countries should follow Brexit out of the EU. Even then, no one thought that likely to happen in the near future.

Such subtleties did not influence the Tory party, however. As the conference wound down, an anonymous press spokesman for Conservative HQ, battered by the Left press and twitter, issued a statement condemning Kawczynski for nothing in particular:

Daniel Kawczynski has been formally warned that his attendance at this event was not acceptable, particularly in light of the views of some of those in attendance, which we utterly condemn, and that he is expected to hold himself to higher standards. Daniel has accepted this and apologised.

Which views by which speakers does the party spokesman utterly condemn? He can’t risk saying because he hasn’t the slightest idea of who said what. If the spokesman had done even a little homework, he would have noticed that among the main speakers at the event was Ryszard Legutko, a distinguished Polish philosopher, a dissident under communism, and a minister in several Polish governments. Because the Guardian had identified him as doubting if “homophobia” had any precise meaning—and it is an extraordinarily slippery concept that any philosopher might doubt—that was probably enough to bring him under suspicion. Among the many impressive positions that Legutko has held, however, is the leadership of the parliamentary group in the European Parliament to which the Tories belonged until January 31. On what grounds can they complain about Kawczynski hobnobbing with him that don’t condemn themselves more severely?

It’s plain from all this that an injustice has been done to Kawczynski, with only slightly less nasty insults scattered at anyone attending the conference. Apologies are certainly called for (however vainly). My sense of the matter is that the least guilty is the Board of Deputies of British Jews. Having maintained a principled critical stance towards anti-Semitism in the Labour Party over the last few years, the board as a Left-leaning organisation must have been relieved to be able to condemn this lone instance of Tory anti-Semitism presented to them by reporters from the Guardian and Buzzfeed. It must have seemed “too good to check”, in the old Fleet Street phrase.

Those journalists who ransacked the internet to find phrases, links and extended associations between people unknown to each other that might be knitted together to imply racism, anti-Semitism and so on where none existed are, of course, the original initiating villains. But such people exist to do such things, and there is no use complaining about the weather.

It’s the Tories who deserve the most obloquy, therefore. They had a duty to examine a serious but unfounded allegation against one of their colleagues before doing anything. They should have learned that necessity both from liberal theory and from common decency, not to mention their own recent experience. After all, this imbroglio is the third such artificial scandal launched against them in the last year.

The two earlier ones were, in different ways, very painful. First, the New Statesman levelled false charges of racism against the distinguished Tory philosopher Sir Roger Scruton (who, incidentally, spoke at last year’s National Conservatism conference in London). These charges eventually had to be withdrawn because they rested on fraudulent editing of an interview transcript—but not before the government had removed him as its adviser on policies that would incorporate beauty in architecture, design and planning. The New Statesman apologised, the government restored Sir Roger to his position, but the minister responsible for sacking him could manage only a non-apology. That was the shabby treatment that the Tory party gave to one of its most distinguished and loyal academic supporters (only months before his recent death) in response to the fearsome threat of a Twitter storm.

Second was another Twitter storm aimed at getting, Boris Johnson, then a backbench rebel over Brexit, condemned for writing a Daily Telegraph article that made a liberal case against “banning the burka” but nonetheless contained a joke comparing Muslim women wearing the full burka to letterboxes. The joke was judged a good one by no less an authority than Rowan Atkinson, but the Tory party solemnly referred it to an internal committee as a possible case of Islamophobia. Somehow this investigation lasted much longer than the trial of Kawczynski. Indeed, it’s hard to recall exactly what happened to it. Maybe they sent it to Professor Legutko for a second opinion on Islamophobia. Anyway, the matter quietly evaporated, and so did the Twitter storms.

Both these cases should have taught the party not to yield to these fake scandals generated by the Left. But the Tories panicked, decided that the easiest way out of the situation—perhaps one that would protect their advantage over Labour in the anti-Semitism stakes—was to sacrifice Kawczynski to the mob, throw out a few mysteriously vague charges at unknown people abroad, and “move on”. In reality they will only be allowed to move on to the next scandal concocted by guerrilla journalists of the far Left playing to internet mobs.

As Frank Furedi of Spiked pointed out here, the Tory party’s behaviour in this case shows that it has no grasp of how to fight a culture war that the Left has no intention of abandoning. It controls all the cultural institutions, and it intends to use that power to determine what words mean, what political ideas will be allowed in public debate, and what people it is respectable to associate with. On this occasion it used its power to rule that it is not respectable to associate with distinguished conservatives in Europe and America who seek to revive opinions that all conservatives in the recent past took for granted—that patriotism is a virtue, that a nation is a moral community united by common culture and sympathy, and that it’s entitled to protect its borders, its institutions and its identity. The Tory response, notably its sacrifice of Kawczynski, showed that it doesn’t really have confidence in its own beliefs and perhaps in itself.

9 thoughts on “When the Left Lies, Conservatives Plead Guilty”

A Europe Oblivious to its Fractures and Follies