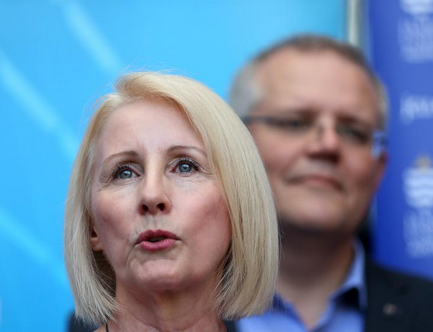 JCU Vice-Chancellor Sandra Harding with a well-known steward of the public purse.

Back in April, Judge Salvatore Vasta delivered a withering judgment against James Cook University, which he concluded had abused Peter Ridd from pillar to post. Before reading on it is worth reviewing his criticisms of JCU, especially this one:

The manner in which JCU trawled through his emails, to try and find some more evidence of breaches of the Code of Conduct, was reprehensibly unfair to Professor Ridd, especially since he was entitled to write everything that he wrote.

It would seem that the only way in which Professor Ridd could potentially mitigate his loss is if there were a changing of the guard at the University and [Vice-Chancellor Sandra] Harding and [Provost Chris] Cocklin were no longer in their positions. There is no evidence this will happen any time soon.

One might think the judgment’s 34-page flogging would be enough to see JCU lick its wounds, write some cheques and hope that the education minister, formerly Simon Birmingham and currently Dan Tehan, had not been paying too much attention to the disgraceful state of academic freedom on the North Queensland campus.

But not JCU, which is tapping what amounts to a bottomless pit of public money to mount an appeal. Professor Ridd isn’t so well-heeled, so must once again rattle the cup. At his fund-raising site he writes:

On hearing that JCU was appealing, Cheryl and I seriously considered just walking away. After all, why should I ask donors for $1.5M to fight a pointless battle that the State or Federal education ministers could settle with a phone call to JCU. $1.5M is a crazy amount that could be used for much better things.

JCU will use its infinite financial resources – effectively government money – to appeal. They have hired three or four senior barristers, one of which we are told charges over $20K per day and between them must be over $40K per day.

Last week JCU also stayed the judgement and capped my access to the compensation for legal fees.

So I must very regretfully ask again for help. We need the best legal assistance to ensure a win. My fabulous legal team led by Stuart Wood AM QC has greatly discounted their costs so far. But appeals are horribly expensive and we need to be prepared to ultimately go to the High Court.

Those wishing to support Professor Ridd can do so here.