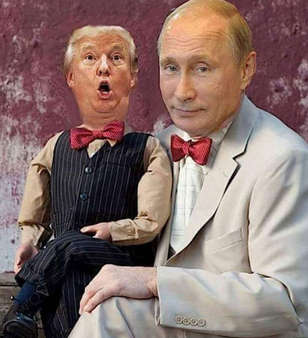 In a long but entirely readable piece replete with supporting links, The Federalist notes that peddlers of the Russiagate fantasy are now back-pedalling as the release of the Mueller report draws near. Some, anyway:

Most recently, the Senate Judiciary Committee announced that after almost two years of investigation, it has uncovered no evidence of collusion between the Trump campaign and Russia. Attorneys assigned to the Mueller team have quietly begun to slip away before the outcome of the investigation is made public (here, here, and here).

This is unsurprising. The Russia hoax is crumbling and people can’t run away fast enough. We’ve seen signs from the very beginning that many of the people who promoted the Trump-Russia collusion smear have always known it was a hoax. These signs have been in plain sight. Here is an incomplete list….