A ‘swear jar’ for the ABC 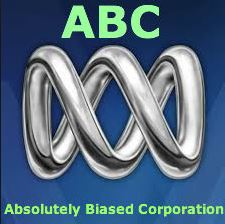 Quote of the day from Peter Dutton:

“Some of the crazy lefties at the ABC, and on The Guardian, Huffingpost, can express concern and draw mean cartoons about me and all the rest of it. They don’t realise how completely dead they are to me.”

While Communications Minister Mitch Fifield awaits a response to his plea for an explanation of the ABC’s habit of salting its shows with shock-the-squares obscenity, his Cabinet colleague appears to have figured out that a nakedly partisan national broadcaster deserves nothing but the same contempt it displays for its chartered obligation to operate with a straight bat. It is a lesson one imagines the Communications Minister might have digested after a recent appearance with Jon Faine on Melbourne’s 774. Below a portion of the transcript (emphasis added):

FAINE: But you didn’t deal with the fundamental question. Why is Australia Day still on the 26th of January a day when indigenous Australians and those who sympathise with their plight say well, that’s day when we should acknowledge the post-traumatic stress of indigenous Australians, we should acknowledge that only a few generations ago their grandparents were walking around with neck chains and treated like slaves and that’s the day when their country was taken from them and their people were then slaughtered in massacres.

FIFIELD: Jon, Australia Day is the 26th of January.

FAINE: But that’s the day, that’s what it means indigenous Australians, Minister, do you not acknowledge that?

FIFIELD: Jon, Australia Day is the 26th of January, it’s…

FAINE: But do you acknowledge that history? Do you deny it?

FIFIELD: Jon, are you going to let me speak?

FAINE: Well if you deal with my question you can speak. But if you just keep saying the same thing without acknowledging my question then no, I’ll interrupt you again.

FIFIELD: Jon, Australia Day obviously can be a complex issue for some indigenous Australians. But the overwhelming majority of Australians…

FAINE: Not some, all!

FIFIELD: Jon, would you like me to finish a sentence. Otherwise there’s really no point continuing this conversation. If you’re going to ask a question and not allow me to answer it.

FAINE: These are delicate matters for indigenous Australians Minister, do you acknowledge the history or do you deny it?

Rudeness, bald assertions, moral grandstanding, a presumption to know and understand the mindset of “not some, all” Aborigines — that’s 774’s Jon Faine in standard operating mode. He has been pursuing the same shtick for years (and been disciplined for it too), yet week after week, year after year, he continues to cash the taxpayers’ cheques.

As Mr Fifield waits to learn why the ABC deems “c**t” perfectly acceptable language — according to The Guardian, “The ABC will respond … in due course” — he might also contemplate that while he is prohibited from interfering or influencing ABC programming, he remains in charge of handing the broadcaster more than a billion dollars every year.

Perhaps, and this is just an idea, were Mr Fifield to announce that every obscenity uttered on air would see, say, $10 million lopped off its annual allocation, the ABC might begin to see some point in conducting itself in a civil fashion.

After all, it is that money which provides the pulpit for Jon Faine and his taxpayer-subsided advocacy and arrogance, not to mention the “whites are c***s” crew at Black Comedy and Tom “Batman was a c***” Ballard of Tonightly.

The full Faine transcript can be read via this link or the one below.

‘When a child
was just a child’