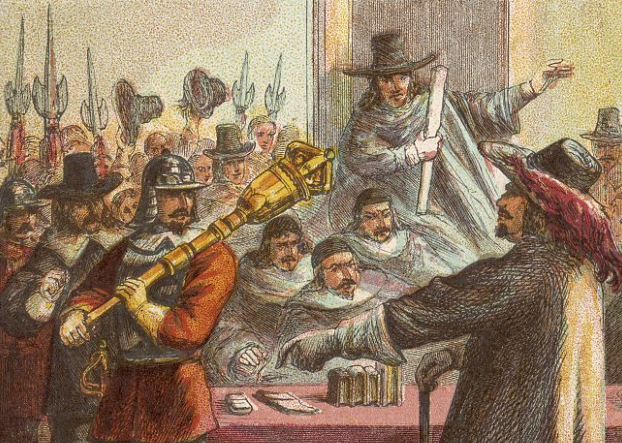 …So here we are, worse off than when all the hysteria began, a risible counterweight to the return to normality spreading all over the world, slumped into a manufactured psychosis.

Australians are being deliberately and methodically terrified, while enforced isolation weakens our resilience. It renders us more susceptible to the howls of panic, unchallenged by normal debate and conversation, forbidden to meet, discuss or express our disagreement.

We are turning on each other like medieval city states, while our basic human decency dissolves into brawls over toilet paper.

In 1653 Oliver Cromwell dismissed England’s corrupt and incompetent Rump Parliament with the words: “In the name of God, go!” A pity he’s not around today to remove the arses who polish the benches of our own parliaments.

The 1200-or-so words leading up that denunciation should not be missed.

Chapter and verse
on the Pell lynching