Heat and serve
in a crock 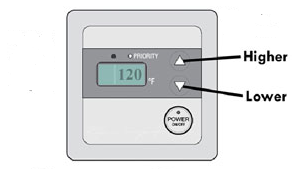 In his marking of Climategate’s tenth anniversary, Tony Thomas notes how in 2015 “Prime Minister Tony Abbott set in train an audit of Australia’s Bureau of Meteorology’s temperature adjustments that increased Australia’s apparent warming, but one of the first moves of his successor, Malcolm Turnbull, was to scuttle that audit.” Add another noxious legacy to the ousted PM’s cack-handed tenure (nuclear submarines converted to diesel, anyone?),  as the BoM has continued to tickle the stats.

And wouldn’t you just know it, those adjustments to the temperature record always make things hotter. Jo Nova writes:

Wow, just wow. Look what the Bureau of Meteorology has covertly done to February. Something like one third of a degree has been added to the average Australian summer maximum anomalies over the past few years according to the “expert” data from the worlds-best-practise equipment.

In the BOM Whopper Part 1 we revealed that in the BOM’s latest round of unannounced adjustments there were big increases in the rate of Australian summer warming. It turns out a lot of the summer rise comes from changes to February. Mysteriously, there were large changes to the national average of the last three years. Let that sink in.

These changes were incomprehensible because while the averaged “whole nation” got warmer, there were no changes to the data in any of the 104 individual stations.

It’s all rather spooky… but what it isn’t, is scientific….

Ms Nova’s posts can be read in full here for Part One  and here for Part Two. As she observes, “The cheapest way to prevent man-made global warming is stop the BOM altering the data.”