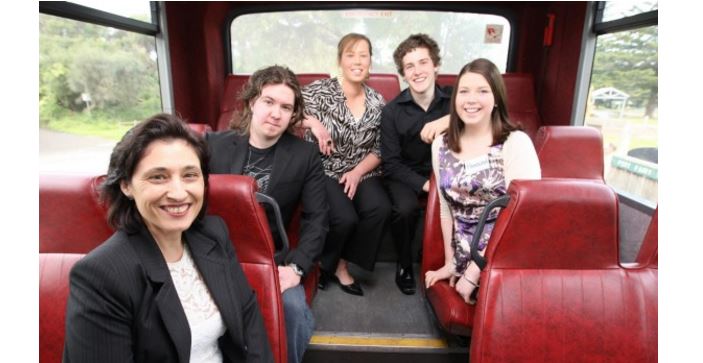 We’ve endured a bit of an energy scare of late, what with AEMO suspending the market and broadcasters pleading with listeners not to run their dishwashers, the implication being that 21st century conveniences formerly taken for granted must now be regarded as conditional windfalls. Apparently this is good for the planet, or so the architects of the current and likely ongoing energy drought would have us believe.

But who are these people whose policies have brought us to the brink of blackouts? Look to the picture above, snapped in March 2017.

In the left corner is Victoria’s energy minister, Lily D’Ambrosio, who might easily be mistaken for a high school teacher treating her kids to an excursion. The kids, though, aren’t the brightest sparks in Year 11. They are her advisers, and the whole merry crew is heading to the LaTrobe Valley to make a very big, planet-saving announcement: the closure of the 1600-megawatt Hazelwood power station responsible for 25 per cent of the state’s electricity needs.

Tony Abbott argued against the closure at the time, writing that if the plant had to be closed then it needed to be shuttered in stages lest Victoria run out of electrons. To this statement of the blindingly obvious Energy Minister D’Ambrosio replied (emphasis added):

“AEMO has assured us that they are responding to market demands and that there will not be energy shortfalls in Victoria.”

The next time D’Ambrosio is overcome by the yen to do something nice for Gaia she might want to take her advice from grown-ups.

The intifada at
Southbank and Ultimo