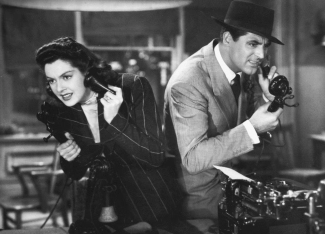 Yesterday this column made note of the headline atop Age/SMH correspondent Latika Bourke’s report in the Nine press on Tony Abbott’s recent remarks on the Brexit debacle. As reports go, the body copy was a fair enough recounting of his thoughts, but the headline was a jaw-dropper. Way, way down in the story, Bourke mentions that Mr Abbott quoted the Bible. Whoever wrote the headline — contrary to popular belief, reporters generally leave that duty to subeditors — thought a former PM citing scripture was the most newsworthy element of the report.

One could put the headline down to sheer journalistic incompetence, but there was undoubtedly more at work than that. Indeed, apply just a smidgin of imagination and you can almost hear the hamster wheels inside a recent J-school grad’s head making a series of loaded connections: Tony Abbott bad … Bible bad … Abbott = Israel Folau … watch me nail him!

Such is the state of journalism these days as the straight-bat newsroom virtues of old are pushed aside by subjective partisanship. Writing at First Things, John Waters offers a summation of journalism’s malaise: A sample:

… The masthead of the old-style newspaper was its bond, a contract sealed with the reader and the wider public declaring that the paper would behave honorably and truthfully. Most of the world’s newspapers still retain their age-old mastheads, but are altered beyond recognition. Now in effect a branch of the entertainment industry, they have become purveyors of sensation, diversion, vituperation, manipulation, and untruth…

… The modern “newspaper” is no longer an instrument of democracy, but something close to the opposite: a tool of tyrannical mischief in the hands of activists masquerading as journalists. Its news and comment sections have been rendered indistinguishable, and at the same time the commercial and journalistic wings of the business have osmotically merged.

As the partitions between news and opinion were demolished, so also were almost all limits on what was acceptable. Grammar, spelling, and house style became optional extras, as attracting “clicks,” “hits,” and “likes” took center stage. Facts were sacrificed to factionalism and a hard-won authority to the new authoritarianism of victim ideology…

Waters’ essay can be read in full here.

That cartoon, a year on