Australians With No Abilities Act 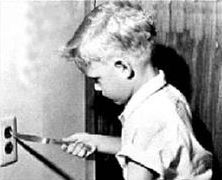 A friend passes along alleged news of Labor’s next big push for equality:

The ALP is considering introducing legislation that will provide new benefits for many more Australians. The Australians With No Abilities Act is being hailed as a major legislative goal by advocates of the millions of Australians who lack any real skills and ambition and have now found themselves hopelessly addicted to opioids for lack of anything else to do.

Roughly 50 percent of Australians do not possess the competence and drive necessary to carve out a meaningful role for themselves in society. “We can no longer stand by and allow People of Inability (POI) to be disrespected, ridiculed and passed over. With this legislation, employers will no longer be able to grant special favors to a small group of workers, simply because they have some idea of what they are doing.”

The Australian Public Service has a long-standing policy of providing opportunity without regard to performance. At the state government level, the Police Service also has an excellent record of hiring Persons with No Ability (63 percent).

Under the Australian With No Abilities Act, more than 5 million mid-level positions will be created, with important-sounding titles but little real responsibility, thus providing an illusory sense of purpose and performance.

Finally, the Australians With No Abilities Act contains tough new measures to make it more difficult to discriminate against the non-abled, banning, for example, discriminatory interview questions such as, “Do you have any skills or experience that relate to this job?”

“As a non-abled person, I can’t be expected to keep up with people who have something going for them,” said Mark, who lost his position as a lug-nut twister at the Ford plant in Geelong due to his inability to remember “righty tighty, lefty loosey”. “This new law should be real good for people like me. I’ll finally have respect, job security, benefits and access to a 3rd attempt at rehab.”

For a briefing on the legal protections already afforded drug- and alcohol-influenced employees, follow this link or the one below.