The Clintons and Australia’s cash 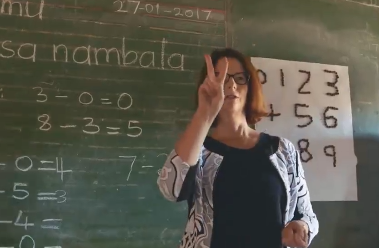 Some two weeks after Hillary Clinton’s inevitable triumph in the 2016 US presidential election proved to be anything but, Australia stopped contributing the annual millions of dollars it had been donating to Clinton charities since Julia Gillard first opened the national purse strings. The uncharitable might have been inspired to see the move as especially cynical. It is one thing to support a couple whose female half was generally and confidently reckoned to be a shoo-in  for a stint in the Oval Office, quite another to be adding bottom-line heft to the treasure chest of a bitter loser with no power nor influence to peddle and investigators picking through her various charities’ and foundations’ books.

Just what Australia hoped to achieve for its taxpayers’ money has never been entirely clear. The Clinton Foundation, for example, ran “health programs” in Papua-New Guinea which Australia’s cash helped underwrite. Why was it necessary to direct money via the circuitous route of the Clintons’ coffers when the intended beneficiaries were just up the road, so to speak?

If that question intrigues, know that others are also fascinated by what the Clintons did or didn’t do with vast sums of other people’s money. As journalist Charles Ortel reports, Californian charity regulators are picking through Clinton Foundation books in a bid to understand why the declared numbers in required filings don’t add up and, presumably, how cash listed on one set of books underwent a remarkable shrinkage before being listed in another. Ortel, a former merchant banker and forensic accountant, writes:

Why so many large discrepancies?

The largest recipient of grants and contributions seems to be a separate entity called Clinton Health Access Initiative Inc. (CHAI)

In total, Australia sent some $88 million the Clintons’ way, the most notable resulting public good  being Julia Gillard’s frequent absences from the country in her capacity as chairperson of the Clintons’  Global Partnership for Education. This must have been very exciting for Ms Gillard, who got to rub shoulders with pop star Rihanna and explain Wayne Swan-style mathematics to Malawian children. Do notice the “3 – 0 =0” on the blackboard in the picture atop this post.

For more on the Clinton investigations, follow this link or the one below.