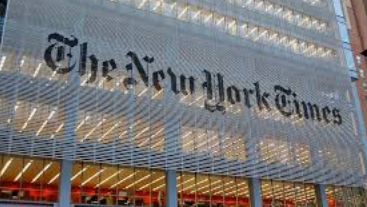 The sad resignation the other day of Bari Weiss, one of the most talented writers of the New York Times, demonstrates in the exquisite beauty of clarity how there is an urge, a deep and ugly urge, lurking in the human condition, to suppress the ideas and opinions of others when they differ from one’s own. The social malaise is not confined to the US; the deadly miasma of the Woke culture that pushed Weiss to resign from one of the leading newspapers in the world has broken out in Australia too. We need go no further than to cite the de-platforming at our universities and intemperate shout-downs of unpopular speech.

In her letter of resignation, Weiss, whom I know and respect for her integrity and fearless championship of truth, says, “I was hired with the goal of bringing in voices that would not otherwise appear in your pages: first-time writers, centrists, conservatives and others who would not naturally think of the Times as their home.” But, as she points out, that noble aspiration has been crushed under the viscous lava of a new consensus that “truth isn’t a process of collective discovery, but an orthodoxy already known to an enlightened few whose job is to inform everyone else.”

In the present era of transition on the part of large swathes of the population from religion to other organizing principles, we are seeing the re-deployment of orthodoxy in a manner similar to some of the characteristics of religious bigotry. The word comes from the Greek, meaning having the right opinion, and its application is as old as time – Socrates died because he was on the wrong side of it. Usually applied to religion, it covers political and now social areas, in a way redolent of tribalism.

Weiss has suffered terribly from her belief in the reasons why The Times hired her three years ago. She says, “My own forays into Wrongthink have made me the subject of constant bullying by colleagues who disagree with my views. They have called me a Nazi and a racist”. This, even though she is Jewish. In internal Times emails, some posted axe emojis next to her name.

That The Times is seeking to adjust to its reduced readership by single-mindedly appealing to its Woke base through stroking their prejudices, notwithstanding injustice to its staff, is resounding proof of the toxic divisiveness that is shaking the American house. Though it is enjoying the “Trump bump” (the term used at The Times for the return of some readers), once he goes, the inherent narrowness in its culture could bring it undone.

The reprehensible treatment of a fine journalist like Weiss should be seen as a cautionary tale for Australia and wake us up to the dangers of the dark urge that lurks in us as well. — Tony Grey

Nietzsche’s horse walks into a salon