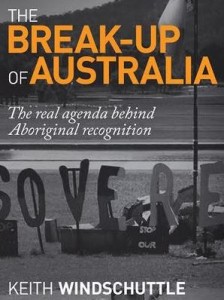 Australian voters are not being told the truth about the proposal for constitutional recognition of indigenous people. The goal of Aboriginal political activists today is to gain ‘sovereignty’ and create a black state, equivalent to the existing states. Its territory, com­prising all land defined as native title, will soon amount to more than 60 per cent of the whole Australian continent.

As Keith Windschuttle observes, constitutional recognition would be its launching pad.