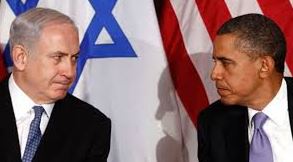 The battle between Iran and ISIS doesn’t turn Iran into a friend of America. Iran and ISIS are competing for the crown of militant Islam. One calls itself the Islamic Republic. The other calls itself the Islamic State. Both want to impose a militant Islamic empire first on the region and then on the entire world. They just disagree among themselves who will be the ruler of that empire. In this deadly game of thrones, there’s no place for America or for Israel, no peace for Christians, Jews or Muslims who don’t share the Islamist medieval creed, no rights for women, no freedom for anyone.

For the full text of Netanyahu’s address to Congress, follow the link below.