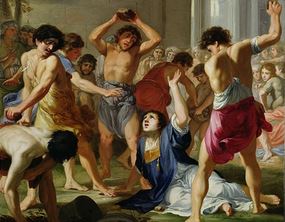 The ALP and the Greens have blocked the nation from casting a vote on same-sex marriage because it may cause suicides.

The Human Rights Commission and Section 18c have now contributed to the death of Bill Leak.  This is not a speculated possible death.  It is the very real death of a prominent Australian.

Will the ALP and the Greens now side against the HRC and 18c?

Or are some deaths more valued that others?

One of Christoper’s recent essays, an examination of Fred Williams and his work, can be read via the link below.