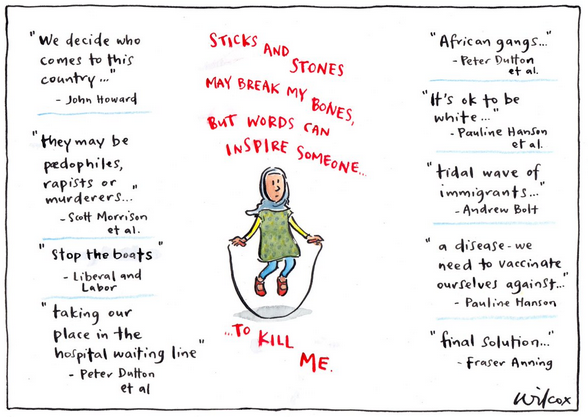 At Spiked, Brendan O’Neill addresses the ghoulish relish — a particularly noxious example is reproduced above — with which the Left has taken up the Christchurch massacre as a cudgel to beat, shame and silence those it detests, which is to say all who disagree.

The finger-pointing at the media in the aftermath of Friday’s slaughter has been chilling. No sooner had the killer carried out his heinous deed than the Twitterati and sections of the commentariat were blaming certain columnists for contributing to this horror. Everyone from loudmouth alt-right agitators to established newspaper writers who have questioned the validity of the term ‘Islamophobia’ were named and shamed as facilitators of the mosque massacres.

O’Neill’s essay can be read in full via this link.

Closer to home, those can get behind the News Corp paywall should read Miranda Devine’s latest column. For those who can’t, the twittered comments of her detractors are a good sample of what she is writing about. On a related note, don’t miss the ABC’s Juanita Phillips and her tweeting pals.