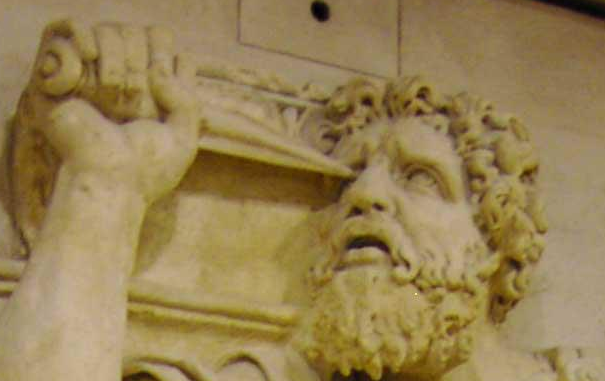 It’s not that conservatives are lazy, but it must be admitted that the view of the ABC as a nepotism-riddled nest of Labor and Greens cheerleaders is, while in no way incorrect, short of the mark. There is also the issue of basic competence and professional ethics.

Consider, for example, the national broadcaster’s sudden inability to notice and type two words: ‘Pell’ and ‘Vatican’. Given the many hundreds of beatups, lies, false witnesses, main-chancers, legal entrepreneurs, mercenary fantastists and whispering detectives who were paraded through ABC item after ABC item, the sudden refusal to notice, let alone cover, what has been happening in Rome is astonishing, although by the sewage-farm standards prevailing in Ultimo and Southbank hardly surprising.

In case you haven’t been following events, two weeks ago Pope Frank sacked Cardinal Angelo Becciu, an axing the ABC managed to report without too much trouble. Indeed, it would have been astonishing had it not been featured. Galloping corruption within the Church, a sleazebag cardinal, billions of dollars missing, a Dan Brown-style tale of intrigue — any ABC news editor worth his organic pink fair-trade salt was never going to let such a scandal in the Church of Rome clatter away on the wires unnoticed.

Ah, but then the story shifted somewhat and so did the ABC’s attention span when it was reported elsewhere by way of background that Becciu is an arch foe of George Pell, who the same week of the sacking had returned to Rome at the Pope’s invitation. If your sole source of news is the ABC there would be no way to know that Pell had been looking long and hard at Becciu’s stewardship of the Vatican purse when Victoria Police began an unprecedented advertising campaign to obtain the testimony of anyone, thump artists and convicted druggies included, prepared to say that Pell couldn’t be trusted in swimming pools, changerooms or, most improbable of all, the teeming sacristy of a cathedral after Sunday Mass.

Since then the Vatican has seen more forced departures, all those exits punctuated by non-ABC reports that a $1.1 million sum had been transferred to an as-yet-unknown Australian recipient, the speculation being that it helped underwrite, or at the very least encourage,  a prosecution arising from slurs, smears, the testimonies of some very dubious ‘victims’ indeed, and the ABC’s serial travesties of reporting.

But from the ABC just lately, not a peep.

Well not an official peep, anyway. Such comment as we have seen comes solely from Walkley Award recipient Louise Milligan and her tweets, where the notion that Pell might have been set up by a Vatican enemy has been rejected as a ‘conspiracy theory’. Apart from prompting the thought that future Walkley winners might want to disinfect their trophies, the ABC’s refusal to cover a story that might reflect well on George Pell is an example not so much of bias — although that is at work without a doubt — but sheer, monumental journalistic incompetence and the abrogation of what should be a sacred tenet of the craft.

Good journalists don’t abandon the pursuit of stories because they dislike one or several of the protagonists. And if they do attempt to sweep inconvenient yarns under the carpet, good news editors and chiefs of staff don’t let them.

Yes, that’s the way good journalists go about their business. At the ABC, though, they have only the suddenly circumspect Ms Milligan and incompetent, intimidated and no doubt embarrassed editors, the sort who won’t say boo to a goose.