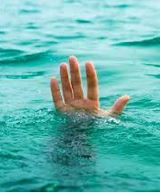 Somewhere out there, in the vast Pacific’s trackless foam, a patch of water’s temperature has risen by 0.3 of a degree. This will seem an event of slight interest and less relevance unless, of course, you are an Age reader or that wretched newspaper’s Peter Hannam, once billed as the “carbon economy editor” but now, there being no carbon economy to edit, a mere common or garden-variety Fairfax Media weather worrywart. Yet another of the stenographers regurgitating the daily edicts and alarms handed down by comfortably settled scientists from thrones richly padded with grants and frequent-flyer points, Hannam seems to think — the word is used advisedly — that the slight twitch in the surface temperature is an event of considerable importance, hence it’s prominent display in the Age‘s latest abuse of ink and forest products.

Well he would think that. Much like any other doomsday cultist, Hannam quests for signs and portents of prophecies fulfilled, so 0.3 of a degree makes for a gratifying omen. El Nino is back, sort of, and that means all the droughts and bushfires, floods, hermaphroditic frogs, shark attacks and waves of boat-borne climate refugees must surely be at hand. A bit more of this warmer water and who knows where it all might lead? Those gold-plated models of what the climate could do if only it were not so uncooperative might actually begin to seem correct, and what a relief that would be! No further need to dismiss global temperatures’ 18-year hiatus as the consequence of heat hiding deep on the ocean floor, in errant trade winds, behind a cupboard or in the downpipe between guttering and gullytrap.

Except there is a problem, as always seems to be the case with climate science. Those riled waters aren’t quite what the theoreticians would like to see. As Hannam notes, while US alarmists have declared an official El Nino, their local counterparts are reserving judgment. More than that, the warm-ish tide has appeared 7000 kilometres from where it should be and, if one can discern the germ of coherence behind Hannam’s delight in opaque jargon, the atmospheric temperature is declining to follow the sea’s lead. Oh, and on top of all this purported El Nino’s un-Ninolike attributes, the waming is happening at the wrong time of the year.

Environmentalists tell us that all manner of rubbish is floating in the oceans of our tormented planet, and Hannam’s El Nino tidings would seem to confirm as much. Much to his warmist’s relief he has found a straw and will cling to it.