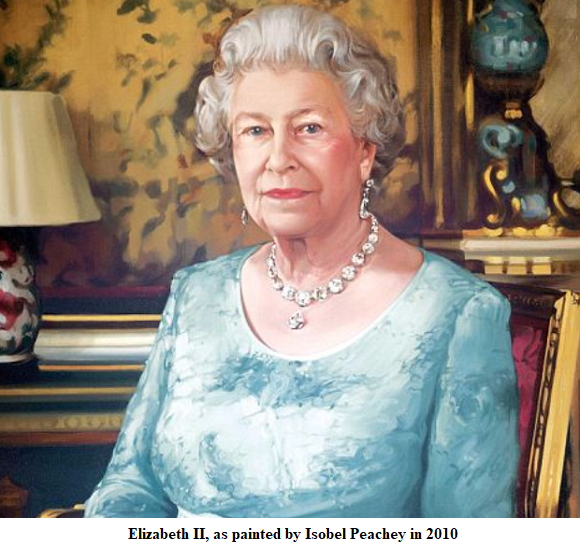 For most people throughout the whole world the Queen’s death comes as a profound shock.  Not unexpected, of course, after so long a reign, but cataclysmic in its emotional and social impact.  Few people in her realms have lived their lives under the reign of any other sovereign.  I am one of the few, remembering my own very tearful reaction at the age of seven when King George died.

Her life was inspirational.  As a Christian woman, she made a promise on her accession to serve her people.  She kept her word faithfully to the very end.  It is extraordinary to recall that Elizabeth saw service during the Second World War.  After all those years that followed, and throughout unprecedented social and political changes, she now lays her crown at the feet of her Redeemer.

Australian readers will be aware that a newly-elected Senator this year demurred over the taking of the oath of allegiance, altering the wording with the phrase ‘this colonising Queen’.  Nothing could have been more absurd.  Queen Elizabeth reigned over and personally celebrated the liberation from colonial bonds of hundreds of millions of people in many nations, all of which freely became members of the Commonwealth of nations, friends and equals of their partner nations.  Nothing of this sort has ever previously happened in the history of the World.  So popular is this free association of peoples that South Africa, once expelled for its policy of apartheid, sought under Mandela’s administration to rejoin it and was warmly welcomed back.  Another nation, Mozambique, never previously connected with the old British Empire, applied for and was granted membership.

Charles is now Head of the Commonwealth and King of Australia.  Whether he remains so is a matter for the Australian people, but in the meantime he is our sovereign and deserves the goodwill and prayers of his peoples everywhere.

The Book of Common Prayer offers this prayer for our use:

O LORD, our heavenly Father, high and mighty, King of kings, Lord of lords, the only Ruler of princes, who dost from thy throne behold all the dwellers upon earth: Most heartily we beseech thee with thy favour to behold our most gracious Sovereign, King Charles; and so replenish him with the grace of thy Holy Spirit, that he may alway incline to thy will, and walk in thy way. Endue him plenteously with heavenly gifts; grant him in health and wealth long to live; strengthen him that he may vanquish and overcome all his enemies; and finally after this life he may attain everlasting joy and felicity; through Jesus Christ our Lord. Amen.

Something wick this way comes