Their ABC
(with a Canuck accent) 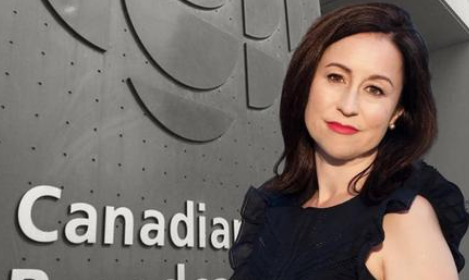 It seems there is a universal rule that determines how things play out over time at taxpayer-funded news and entertainment outfits — places like Their ABC and, as journalist Tara Henley (above) relates, at the no less woke Canadian Broadcasting Corporation, where she has just handed in her notice. She writes:

For months now, I’ve been getting complaints about the Canadian Broadcasting Corporation, where I’ve worked as a TV and radio producer, and occasional on-air columnist, for much of the past decade.

People want to know why, for example, non-binary Filipinos concerned about a lack of LGBT terms in Tagalog is an editorial priority for the CBC, when local issues of broad concern go unreported. Or why our pop culture radio show’s coverage of the Dave Chappelle Netflix special failed to include any of the legions of fans, or comics, that did not find it offensive. Or why, exactly, taxpayers should be funding articles that scold Canadians for using words such as “brainstorm” and “lame.”

Ms Henley, a self-declared woman of the Left, goes on to describe how a dominant clique captured the organisation, populated it with the like-minded and recast it in the woke mould.

It used to be that I was the one furthest to the left in any newsroom … I am now easily the most conservative, frequently sparking tension by questioning identity politics. This happened in the span of about 18 months. My own politics did not change.

To work at the CBC in the current climate is to embrace cognitive dissonance and to abandon journalistic integrity.

Read on. Thoughts of what the ABC has been allowed to become will come inevitably to mind.