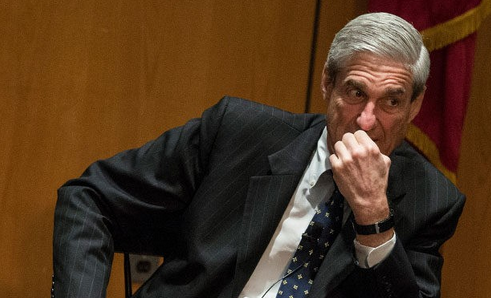 Robert Mueller’s long-awaited Russiagate report, finally available for public consumption, makes interesting reading, as does the coverage of its ho-hum revelations by news organisations which, for the most part, aided and abetted what even Inquisitor Mueller admits (no doubt through gritted teeth) to there being no “there” there. The New York Times, which repeatedly compromised its credibility by promoting every breathless aspersion leaked by investigators, has done something to redress those sins by posting a searchable version of the full text.

Local visitors to the document may be somewhat disappointed however. A search on “Australia” reveals no mention whatsoever, with similar nothingness the reward for anyone in quest of “Downer”.

As to “Fusion” — the lobbying outfit which compiled and promoted the dossier used as the trigger to set the feds on a just-elected president — that, too, is missing, as is evidence of any curiosity on Mueller’s part as to the Clinton campaign’s motives in funding that compendium of salacious furphies. Valid questions, surely, but they are glossed over when not entirely ignored.

Not that this matters to the hoax’s media advocates, who have given immediate prominence to Mueller’s quoting of hearsay testimony of Donald Trump’s purported reaction to news of the special counsel’s appointment. The ABC’s reporting is typical:

When [former Attorney General Jeff] Sessions told the President that a Special Counsel had been appointed, the President slumped back in his chair and said, ‘Oh my God. This is terrible. This is the end of my Presidency. I’m f***ed.'”

Well, yes, the Mueller report does say that — on page 4 of Volume II, to be precise. What the ABC and all other mainstream media outlets aren’t mentioning is Trump’s follow-up quote, which is found not only on the same page but in the very same paragraph. Why let mere facts ruin the impression by omission that Trump believed himself “f***ed” because his fealty to Moscow was about to be dragged into the light of day? That wasn’t Trump’s concern, not at all. As the artfully ignored follow-on quote establishes, his dismay was that years of hobbling and legal harassment were ahead

The President returned to the consequences of the appointment and said, “Everyone tells me if you get one of these independent counsels it ruins your presidency. It takes years and years and I won’t be able to do anything. This is the worst thing that ever happened to me.”

What Mueller reports is for the most part already well known. What it doesn’t report, well you could fill volumes with that.

UPDATE: Mark Steyn on Mueller, with a side order of Alexander Downer