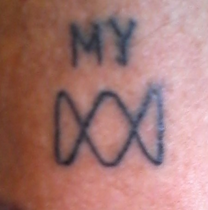 Working as she does at the ABC, the High Court’s 7-0 decision freeing Cardinal George Pell from conviction and prison must have come as a huge shock to Louise Milligan. What chance, do you reckon, any fellow inmate of Ultimo or Southbank ever expressed even the mildest reservation about the cardinal’s guilt within her earshot?

The Walkley people certainly didn’t, honouring her with their 2017 book of the year award. Given Cardinal has now been exposed as a wad of errors, flawed assumptions, toxic whispers and alleged offences that didn’t make it to court or, if they did, were ultimately overturned on grounds of immense improbability, some might think Ms Milligan’s mantelpiece should be stripped of that handsome trophy. Were the Walkley crew to ask for its return, that would be the honourable thing to do. So don’t expect it to happen.

Still, somewhere in the gullible lump of Ms Milligan’s grey matter, there must surely be the stirring of a fear that someone might do something. Communications Minister Paul Fletcher has so far remained silent on the national broadcaster’s dismal performance in substituting slander for rational analysis, but miracles can happen and he might, one day in the fullness of time, get around to observing that the ABC really does need sweeping reform.

There is also the possibility that Cardinal Pell could sue, or the ABC might convene a panel of outsiders to take a hard look not only at at Ms Milligan’s reporting but also why her supervising editors, who don’t appear to have done much supervising, gave her free rein to romp so long and so loudly in the meadows of fantasy. Perhaps it is that last thought which inspired her tweet of this morning:

Louise Milligan @Milliganreports
I want to say that we at the ABC are incredibly lucky to have an MD in David Anderson who champions important journalism & genuinely cares about the wellbeing &, yes, safety, of those of us who strive to undertake it. Knowing we have David steering the ship is hugely comforting.

There are plenty more of Ms Milligan’s tweets to ponder and all can be viewed here. They are perhaps the most illuminating things this Walkley winner has ever published.

No wonder Fairfax is dying