The damage done
and yet to come 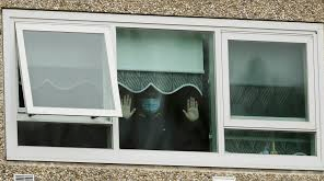 Cooped up in quarantine, contributor Marc Hendrickx put on his actuary’s hat to consider Australia’s on-again/off-again lockdowns and their cost. He writes:

If we use Sweden, a country that instituted minimal restrictions in response to the pandemic as a base line, then on a population basis, if Australia had instituted similar measures (and made similar mistakes in not adequately providing for people in aged care), we would likely have had about 36,000 COVID deaths by now. As it stands, as of August 2021, we have seen less than 1000. But what is the cost of those 35,000-or-so lives “saved” by our authoritarian approach to managing the pandemic — an approach not recommended in previous government-approved pandemic plans but one inspired by the example of China, the source of the virus.

While Sweden has continued to open up and reduce restrictions, after 18 months Australia still has over half the population under house arrest and the rest locked into their state boundaries under the threat of lockdowns should a handful of positive COVID-test results arise. Schooling has been disrupted, putting the education of many tens of thousands of children at risk. The damage being done to our youth in the name of saving the old and frail will see many of our young carrying psychological scars into adulthood.

Small businesses, sole traders and family enterprises have been smashed. Hospitality, tourism and entertainment businesses are dropping like flies. Normal screening for other diseases has been disrupted , so there are deaths from cancer and other causes that should have been caught but weren’t. There is no prospect of international travel in the medium term as the government chases vaccination targets that have not been met by any other nation. What is the cost of those 30,000+ lives claimed to have been saved?

Prior to COVID the value of a quality-adjusted life year (QALY – a statistical tool that applies a price on life to help assess the costs and benefits of various policy options), in Australia was between $50,000 and $100000. According to budget figures, the impact on the economy due to restrictions and the outlay for various government measures is around a trillion dollars-and-growing. This does not include, by the way, costs for state government programs, additional future spending likely required to deal with mental health issues, increased health costs due to missed medical screening, business losses, the cost of damage done to children’s education and wellbeing, and the cost of future interest payments. Multiply all of the above by the millions of Australians who have been put under heavy stress by government actions and, suddenly, the scale of the damage done by our various governments comes into sharp focus.

Using the figures above, governments in Australia have spent an astonishing $28.5 million per ‘saved’ life. Given the average age of death has been 85, more than  standard life expectancy, and a person this age can expect to live another seven years, the cost is a staggering $4 million per life year. This is 40 to 80 times the accepted figure for a QALY in Australia.

How many more lives could have been saved if the government had undertaken a simple cost-benefit analysis and looked at where it would get the best outcome for our precious tax dollars? How many more, in the long term, if we had of stuck with the recommended pandemic response, a plan that may have involved $3-4 billion targeted at protecting the vulnerable? Instead as they gave control of the country to a narrow-minded class of health bureaucrats and no thought of the bigger picture, not only have they gifted our children a revolving door in and out of the cuckoo’s nest, they have burdened them and their kids with entire lifetimes of debt.