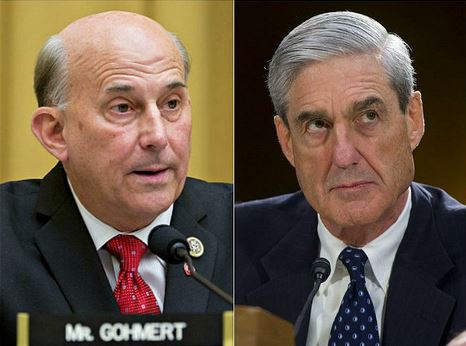 Several weeks ago, FBI agents raided the office of President Donald Trump’s fixer, the New York lawyer Michael Cohen, which set Australian correspondents in the US to doing what they do best: re-writing Washington Post and New York Times reports and transmitting those borrowed insights and lifted quotes to the folks back home. The popular image of your typical foreign correspondent is of an intrepid pursuer of truth, but the fact of the matter is that this applies only if a stroll to the nearest newsstand is regarded as a perilous exercise. Toss in the rather blinkered perspective of reporters operating in newsrooms where everyone shares the same politics and perspectives and, well, you get coverage like that provided by the ABC’s Anne Barker on April 11.

What Ms Barker and others might have reported but haven’t is Mueller’s own history, which is checkered to say the least.

When leading the hunt for whoever mailed anthrax-filled letters in the days immediately after 9/11, he focused obsessively on the wrong man. This produced a $5 million settlement when it became apparent that it would take more than a concerted campaign of leaks, smears and whispered fabrications to brand virologist Steven Hatfill as the guilty party and make the label stick.

During his days as the FBI chief in Boston, Mueller somehow managed not to notice that senior agents were feeding inside information to mobster Whitey Bulger, allowing him to rub out gangland rivals and, when his own arrest was imminent, to slip away and spend 16 untroubled years on the run. Worse, he also neglected to do anything about two innocent men framed and imprisoned as part of that coverup.

Fortunately, for those who wish for sources and insights other than US newspapers propped up against Australian correspondents’ keyboards, there are those who see in Mueller the jaw-dropping story of a political operative whose greatest accomplishment has been to present himself as a straight-arrow law enforcement officer. US Congressman Louie Gohmert (above left) leads the field in this regard, having just released a 48-page dossier of Mueller’s stumblebum incompetence, shady past, disregard for probity and eagerness to play fast and loose with facts whenever it suits his all-too-often partisan purpose.

Gohmert’s file, better written than any news report, can be read via this link or the one below. There is almost no chance its contents will be reported by the ABC’s hacks in Washington, even less that Fairfax will deign to notice it. Should they chance upon it, it will be dismissed as the product of a Republican on the right of his party. The fact that Gohmert is also a climate sceptic will not work in his favour.

But that’s the great thing about the web: while the gatekeepers imagine they control what the public gets to know, they don’t. Not anymore.