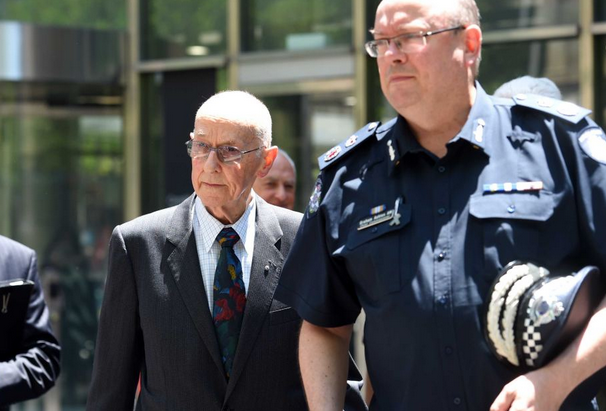 Sinclair “Mick” Miller, former Victoria Police commissioner, has died at the age of 92. The Age summarised his tenure thus:

The latest and current chief commissioner, Graham Ashton, also features in The Age:

Victoria’s police chief Graham Ashton was involved in hiding gangland barrister Nicola Gobbo’s role as an informer as far back as 2006.

Questions over what the current chief commissioner knew about Ms Gobbo’s role as a double agent, and when he knew it, have festered since the Lawyer X scandal broke late last year.

A statement tendered to the royal commission alleges Mr Ashton found out about Ms Gobbo informing on her own clients right at the beginning of her most fraught period of leaking to police: the gangland war between 2005 and 2009.

Miller and Ashton are captured in the picture above leaving a 2015 hearing of the Royal Commission into Institutional Child Abuse.

BoM out in the cold