The Voice of a New (and Smaller) Australia 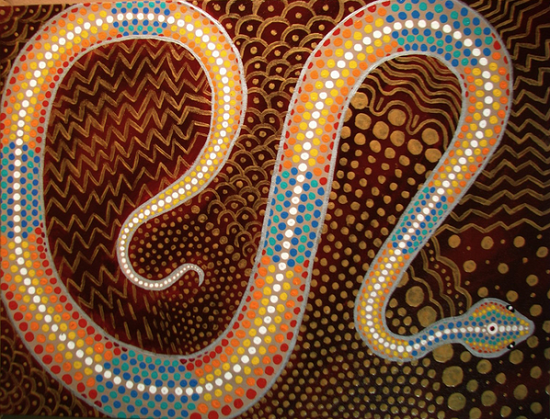 The truth was that Prime Minister Jonesy had never really been interested in First Nations issues. When his advisers told him the Voice was a matter of manners, it seemed fair enough. The referendum went through, pushed by $200 million from his government. Now the Voice MPs had him over a barrel. They were demanding 10 per cent Indigenous staff for the new submarines, which was impossible. As a result, the Bill could not pass.

“Why didn’t someone explain this to me?” Jonesy asked his chief of staff. “I will be a laughing stock in Washington and London.”

“Paris and Beijing too,” the advisor added. It was his job to be honest with the PM.

“They’re supposed to be on our side,” Jonesy said.

On top of that, the Voice MPs wanted some other alarming things. Houses with air-conditioning for every First Nation person sounded reasonable in the Northern Territory, but 70 per cent of them were being built in Sydney and Melbourne. Same for late model 4WDs. Cabinet had approved the deal based on conditions in remote areas, but they were being driven in the south by university academics and students.

An ABC journalist had been booked for parking in a First Nations parking area at Bondi Beach and was furious. Four Corners was now making phone calls to get to the bottom of how such a divisive outrage could have occurred.

Lars had thought it was some cute anachronism when told that his physics papers must reference Indigenous science. It was one of 100 things he had to adjust to in moving to an Australian university. No big deal, he thought at the time.

But he had just received the “suggestions” back from the indigenous unit, which vetted every academic paper. They had provided a new introduction which completely missed the point, but added a weird acknowledgement to departed Aborigines. Then they had provided three case studies which were completely irrelevant to his paper.

His paper wasn’t about boomerangs or stars or quandongs. Had Australia gone mad?

Muwilli. She noted the name because it was supposedly close to her own home town in the west of the state, according to the notes she had been given. She had never heard of the town before.

Tanya’s job at the Department of First Nations was to add Aboriginal townships to the historical records written by explorers in the 1800s. Each Monday she received another list of towns, and she then used her history training to insert references into the relevant explorers’ journals. Under the Truth Act, libraries and web sites then had to destroy the old versions and provide the revised versions.

Three months later, Tanya was visiting her parents when, one morning, a line of white buses drove onto the farm and over to a corner of the front paddock under some trees.

Tanya immediately knew what was happening. This was a Finding, under the Cultural Respect Act. The land council would take ownership of the alleged historical township and her parents’ title would change to a periodic lease, with rent payable.

What’s more, she knew about the Scilioni decision, where a protesting farmer had been speared and the court found that First Nations warriors had a legal right to defend their land with spears.

At the buses, the group of dignitaries moved to the chairs that were being set up for them under the trees. A technician adjusted the lectern and microphone at the front.

Without concern, they noted the farm ute racing down the track towards them. They knew the drill. Some elderly farmer would protest, and their Findings lawyer would politely serve him papers and give him some phone numbers to call.

But on this occasion there was a young woman with the elderly farmer.

“I’m Gumurril mob,” Tanya said, approaching the Finding group. “You have to leave. This belongs to Gumurril.”

The Finding lawyer was disconcerted. When she saw the ute driving down, she had expected the usual powerless protest. This was different. The girl seemed to know the system. What’s more, the only thing that could derail a Finding was a counter claim from another First Nations group. Such disputes had to be resolved at the First Nations Land Court, and there was a five-year backlog.

The lawyer was certain the girl was bluffing, that she was no more Aboriginal than Bruce Pascoe, but she also knew it was an offence to question a person’s claim to Indigenous standing.

Jonesy liked Penny, who had been useful in a number of previous portfolios. She got things done. Within 24 hours of the meeting, she had formed a secret cabinet and devised a solution to the Voice problem.

“Jonesy, you’ve heard of Partition, haven’t you?” she said. “India, 1947. Half the country became Pakistan; the rest became India. Seems to be a theme with British colonies. Malaysia, Northern Ireland, etc.”

“Australia is going to do a Partition. We will cut off the NT, Cape York and the Kimberley, and give it to the Voice people. That’s what they said they want. Then they can have their own parliament and get out of our hair.”

“That would work,” said Jonesy. “We can call it AusExit.”

“What about Darwin?” asked the defence minister. “We need that location, and the Americans use it too.”

“We will do a 50-year lease,” said Penny. “The air force won’t be happy but we all have to make sacrifices.”

The meeting broke up.

“Jen,” the PM said his secretary, “can we get some new art for the office. I don’t want this indigenous stuff anymore.”

9 thoughts on “The Voice of a New (and Smaller) Australia”