On a hot Saturday afternoon in Rangoon early last year, I invited myself into the headquarters of the National League for Democracy (NLD). I wanted to shoot some film to spice up the talks I give around Melbourne on Aung San Suu Kyi. I had come straight from filming at the White Bridge, a levee across Inya Lake. It is now dubbed the “Red Bridge” because of an horrific massacre of students there in March 1988.

A receptionist told me to leave, and while I was trying to explain, another NLD person arrived, laughed, and told me to stay and film whatever I wanted.

An elderly but sprightly gent then emerged from a rear door, on his way out to the street. I recognized him as U Win Tin, “Aunty” Suu’s NLD ex-secretary who had re-emerged in 2008 after 19 years in Burma’s vicious prisons, from his 60th to 79th year. Among his privations was being held without bedding in a cell originally built by the British to house a guard dog.

It is typical of such prisoners that on release they return to activism, risking further terms inside.

As we chatted I was surprised at his merry disposition and his fluency in English (I hadn’t learnt he was a graduate in English literature). He was willing to say a few words on film, at which my camera announced Chip Full. He couldn’t hang around, and disappeared.

The regime’s release of about 550 political prisoners in January this year (2012) was a surprise, after previous token releases of a dozen or two.   However, the regime warns it will not release the rest of its political prisoners, numbering 1000 or more. Those already released can be re-gaoled if they step out of line.

Many of those now released have extraordinary histories, remaining unbowed and charitable despite crushing sentences ranging up to 104 years. Here’s one of them: 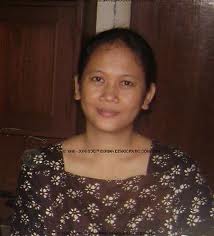 was a 16-year-old when the 1988 student-led uprisings began. The main cause was the generals’ demonetization of banknotes, wiping out students’ savings. The new (but hard-to-get) notes were in 45 and 90 kyat denominations, nine being General Ne Win’s lucky number.

Nilar saw from her doorstep the violence against other students. By 1991 she was targeted and put inside for two months, on charges I can’t ascertain.

In late 1996 Nilar was again with students protesting at police brutality. She defied instructions from a police commander, who ordered his troops to beat her. The details are confused but she slapped the commander’s face. That was certainly a bridge too far. She got seven years for demonstrating and three years for the slap.

Her story intertwines with that of Kyaw Min Yu (“Jimmy Ko”), another student leader who was arrested during the 1988 uprising and served 16 years to early 2005. They met in Tharyarwaddy Prison and after their release, married in May 2006. Their girl Phyu Nay Kyi Min Yu ( “Sunshine”) was born in May 2007. 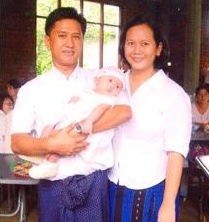 Food and fuel price inflation (200-500%) led to new protests and three months later Jimmy was among the first 13 leaders arrested, along with Nilar’s mother, who was released soon after. With almost suicidal bravery, Nilar took Jimmy’s place as a demonstration leader next day. From there she went into hiding with Sunshine. She ranked fifth on the military’s ‘wanted’ list, with a price on her head.

I am sitting in the corner of a small room where I can’t see the sun or be touched by the wind…Friends tell me about the meeting between Jimmy and our daughter (during a prison visit). I wanted to go to prison myself to see Jimmy and so I could see my daughter who is more than seven months old. I left her when she was four months…

I have had lots of close escapes. Once when she was still with me I was hiding in a small attic and I heard the police downstairs. I said to my daughter, “Don’t make any noise if you want to stay with mummy! Please don’t make any noise!” I was breast-feeding. She looked up as though she understood everything and she stayed quiet. That was a close one …

Soon after, she gave up the baby to her in-laws – her own parents had disowned her, probably under duress.

I love my daughter, but I also need to consider mothers fleeing with their children and hiding in jungles, such as in Karen State because of the civil war. My suffering is very small compared to theirs.

Compared to their children, my daughter still has a secure life with her grandparents, even though I’m not there… Only if we end this bad system will the future of Burma’s people, including my daughter’s, be bright. I love my daughter. I had to leave her, but I believe she will later understand why.

Nilar was caught on September 10, 2008, after 12 months on the run. On November 11 she and Jimmy were sentenced to 65 years, in separate prisons, on 22 charges including libelling the regime to foreign powers and causing public mischief.

Red Cross and other international concern for Nilar probably protected her somewhat. But she smuggled out complaints which included harassments such as guards spying on women bathing.

At one stage she was vomiting daily from a peptic ulcer. The only advice from the prison doctor was to meditate. Two prisoners who gave Nilar religious books were put in fetters for 15 days, Nilar’s contacts reported.

The remote prisons, at Thayet (Nilar) and Taunggyi (Jimmy), created special hardship for their families trying to visit and bring food and medicine.

at the age of three gave a video interview which is incorporated in a US activist’s documentary, Into the Current. She recites a patriotic poem, and when asked, “What do you wish for when you pray to Buddha?”, she replies, “May papa and mum and me be together soon.”

The film was released last November (2011) and only two months later, on January 13, Sunshine got her wish. The small family is now united, and Nilar says she is in good health. Sunshine is five. Nilar continues to agitate for release of other politicals: "If all of them are released, that will be a beautiful image for all of us."

Trailer: Into the Current

Tony Thomas is a retired journalist.

Spy vs Spy: ASIO and the Reds