The Closed Trials of George Pell 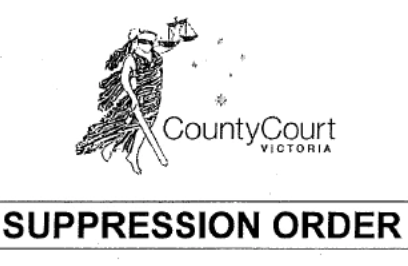 One of the proofs that a society is civilised is that its criminal courts are open for inspection. No one should be tried, convicted and sentenced without the legal proceedings being made public. Secret trials are the hallmark of dictatorships and run completely counter to the legal and political traditions Australia has inherited. The trial of George Pell in 2018 for child sexual abuse, based on accusations from one complainant about what allegedly happened twenty-two years earlier, was not completely secret but was not far from it.

Pell faced two trials because the jury could not agree in the first. The judge who presided over both trials at the Melbourne County Court, Peter Kidd, directed that journalists could not be present in court when Pell’s accuser was giving his evidence and being cross-examined, even though the accuser was not actually in court himself but made his case and answered questions by video link. Nor would a full transcript of that evidence be provided to the news media or other members of the public. Kidd also announced that Pell’s trial would be subject to a suppression order prohibiting the news media from reporting any of the proceedings until all accusations against Pell were resolved by the court.

Under Victo­rian law, only the “parties” to the trial could be provided with a tran­script. Jour­nalists who covered the trial were restricted to knowing only those parts of the first-hand evidence that were repeated by prosecutors and defence counsel in their closing addresses. To outsiders, the whole thing appeared a closed process, kept from their view so that the sole anonymous accuser could have the comfort of a “safe space” to tell his story.

Peter Kidd’s remarks during sentencing—largely a lurid account of the sexual offences the former choirboy alleged had taken place over five or six minutes in the priests’ sacristy of St Patrick’s Cathedral, Melbourne, in December 1996—were, at the time they were made on March 13, 2019, the only detailed official explanation of why Pell was convicted. It was not until the judg­ments of the Victorian Court of Appeal were published in August 2019 that many more selected quotations from the first-hand evidence became part of the public record. Even so, anyone following the case closely was still at a profound disadvantage to see whether the conviction really did follow from the evidence provided by the choirboy and the other witnesses. In short, no one but the judge, jury and legal counsel had access to all the evidence.

Given Pell’s status as the most senior figure of the Catholic Church in Australia, an institution with a following of 5.2 million people, or 22.6 per cent of the population, this was an affront to public expectations. With the suppression orders still in place, the public was effectively kept in the dark, with little to go on except to trust that those in authority had done the right thing. Hardest to accept for Pell’s followers must have been Kidd’s decision to broadcast his sentencing remarks live on television while they looked on without any account of how formidable a defence had been made by Pell’s counsel. It was not until April the following year that the High Court showed the whole story of sex in the sacristy was 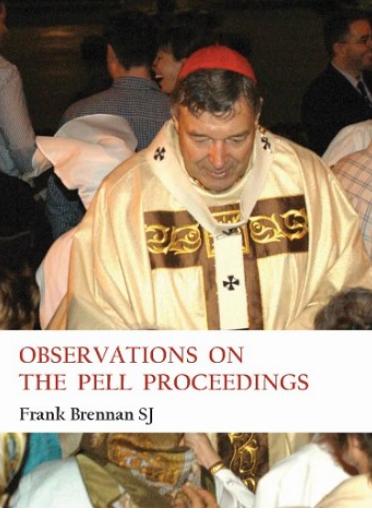 bogus, that the detailed sexual deeds Kidd had broadcast to the world never happened, and that Pell had been jailed on spurious grounds.

Fortunately, the Jesuit priest and lawyer Frank Brennan had the foresight to see that members of the public who followed the case were entitled to accurate information about the closed proceedings. “I could not see that such accuracy and lack of bias would be provided by the group of journalists who were already circling,” he writes. “The books by Louise Milligan, Melissa Davey and Lucie Morris-Marr confirmed my assessment.”

So Brennan suggested that Pell’s legal team arrange for a retired County Court judge to monitor the proceedings and report on them once the suppression orders had been lifted. Inside church politics, Brennan had long been on an opposing side to Pell and their differences had sometimes turned very sour. However, Pell replied to his suggestion by proposing that Brennan himself would be the person best suited to the role: he “would go over better with the literati and glitterati”. By agreement between the head of the Jesuits in Australia and the Australian Catholic bishops, Brennan was asked by the bishops to scrutinise the proceedings, the bishops insisting that “any commentary needs to be seen, as much as is possible, to be clear, objective and impartial”. Pell agreed to make available trial transcripts, except for the transcript of the complainant’s evidence. Brennan attended key days of the hearings when his other Canberra-based commitments permitted travel to Melbourne.

In Brennan’s new book, Observations on the Pell Proceedings (Connor Court), he reveals that this arrangement meant he had immediate access to all the transcripts of evidence and cross-examination at the trial, except the evidence of the sole complainant. This gave Brennan an advantage over other writers covering the trial, who had to wait days or even weeks to receive transcripts through normal court proceedings.  He put his advantage to good use. On February 28, 2019, the day after the suppression order was lifted, Brennan published a long article in the Australian examining the jury’s verdict. Even though Pell failed to secure an acquittal, he argued, “the defence seemed to be on strong ground in submitting that the circumstances made the narrative advanced by the prosecution manifestly improbable”.

Brennan’s response left the anti-Pell journalists who covered the trial infuriated. In her book The Case of George Pell, Melissa Davey of the Guardian claims that Brennan was one of those commentators who had not been in court for as many days as she had, and were simply regurgitating the words and “lifting key phrases and arguments” from counsel for the defence. “Where could they have learned all those details about the defence case,” Davey asked, “since their ‘reporters’ had not been in court?” Brennan points out that his advantage in analysing the case was not difficult to understand:

There are plenty of other equally robust exchanges in this book, not only with other reporters who got the Pell story completely wrong, but devastating critiques of Victoria Police who failed to perform their sworn duties properly and the prosecution authorities who allowed this hopeless case to go to trial. Brennan accuses the Royal Commission into Institutional Responses to Child Sexual Abuse of failing to accord Pell natural justice “in their pursuit of a necessary big scalp for media delectation”. And he offers a crushing assessment of the performance of the Victorian Chief Justice, Anne Ferguson, and the President of the Court of Appeal, Chris Maxwell, in their majority judgment in Pell’s first appeal:

The fragility of the Victorian criminal justice system is exposed when you look at the total absence of any investigation of the second incident [alleged by the complainant] and the reasoning of Ferguson and Maxwell satisfying themselves that the incident must have occurred. I don’t think Aborigines were treated as prejudicially by even the worst of the 19th-century judges.

Quadrant readers will find this book compelling. It brings together fourteen major articles, interviews and commentaries that Brennan produced from February 2019 to March 2021: an impressive record and highly recommended reading.