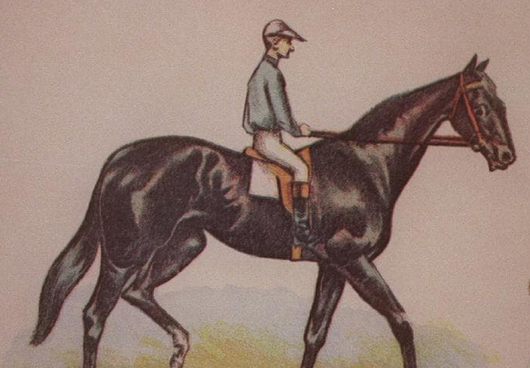 It’s that day again, the first Tuesday in November, and time to celebrate an event that is more, so much more, than the sum of its parts. We’re told that Cup Day is about horse flesh and bloodlines, the $8 million purse and those three magic minutes when a punting nation clusters in knots around TVs and radios and hangs on every galloping syllable of a race caller’s words.

Pretty girls in silly hats? Well, they have something to do with it, too. As does rejoicing and regret, which is only to be expected when money, vast sums of the stuff, are on the line. And yes, there is sometimes even love to be found flowering among those 15,000 rose bushes, especially as the champagne kicks in and tickets are cashed and it can seem that every post is a winning one. But when all is said and done, those are but the trappings of the day. As all of us who live here know, it isn’t just about horses or high heels. It isn’t even about winning and losing.

What it’s about is Melbourne itself, which, 158 years ago, staged a horse race that very soon repaid the favour by defining in a thousand different ways the very essence of the town that brought it into being. The winner, the losers, the trainers and jockeys, cruel bookies and hapless mugs — they are the timeless players in this constant drama. And every familiar member in that cast of ever-changing faces will be there again this afternoon, as they have without fail since 1861. That was when the residents of a town of big houses and mean lodgings, of battlers and Big Enders — a place much like today’s Melbourne, in other words — first came together on the flood plain of the Maribyrnong to celebrate with riches and acclaim the best thoroughbreds a young colony could muster.

Such was the idea, anyway.

Or perhaps “excuse” is a better word, because a boom town glittering with Ballarat’s gold dust needed little persuading that a party was in order. At the very least it would help get people’s minds off the newly learned fate of Robert O’Hara Burke and William Wills. The explorers’ loss was a reminder that it was a hard, tough place, this Australia, and for those stuck down here in the southeast corner of an empty map there was comfort in aping the Old Country and its familiar ways. Think Ascot and the Grand National. Fashion. Bubbly and blue bloods. A chance for the upper classes to mingle, mesh and perhaps, if the courtesies were observed and the courting properly done, to add a few more branches to the squatocracy’s stud book.

That was the plan, anyway, but a stirring spirit — a newborn sense of place and belonging, if you like — had other ideas, and the life force it breathed into the event produced the greatest dividend in our Cup’s history. What we’re talking about is Melbourne itself — and no, that doesn’t mean the CBD’s skyline. Those tall buildings are but gloss and sheen, the eye candy that any half-decent capital makes a point of showing to the world. The real payout was the way that a metropolis in the making began to think of itself. No mere colonial imitation of British manners and mores, the Cup was a crucible in which the elements of a new town’s character were fused and re-formed.

It was all there from the start — our mania for mammoth sporting events, our punting passion, the peculiar priorities and eccentricities of life as we know it on the Yarra. On this day in 1861 those things were woven into the fabric of our Melbourne lives for good. Within four years Cup Day was a holiday — a half-day at first, with a full day off work officially gazetted in 1877. That in itself was unusual and remains so. Try naming another place where the citizenry is granted a day of ease and leisure to invest its hard-earned in a game of odds and acumen. You can’t, it’s a Melbourne thing and always has been.

Intended as a festival for the elite, what emerged was also a carnival for the common man and his lady, albeit in their sharp suits and fetching hats. Egalitarian? The Cup was always so. “The people on the flat were just as content with themselves as the people on the Lawn,” an English chronicler observed in 1888. Mark Twain, who was in town seven years later and lucky enough to see Auraria take the honours, put it thus:

“Nowhere in the world have I encountered a festival of people that has such a magnificent appeal to the whole nation. The Cup astonishes me.

“It would be difficult to overstate its importance. It overshadows all other holidays and specialized days of whatever sort. Overshadows them? I might almost say it blots them out.”

And what about the silliness of the day? For the rest of the year Melbourne goes about its business with dutiful attention to the serious things that pay for mortgages and families. But come Cup Day, that care-beset, button-down side of our character slips the leash. Here’s a story that says it all, what we are and always have been.

It was 1936, the height of the Great Depression, when a widow with two young daughters and many more cares rested her shopping basket on the floor of a Yarraville butcher shop. A lump of suet must have been there among the sawdust, because it stuck to the wicker. A little later and somewhere further along Anderson Street, the woman put her burden down again. Cemented by that lump of fat, something stuck to the basket’s bottom. When the woman walked through her front gate, one of her daughters noticed a bluish piece of paper hanging by a corner and flapping in the breeze.

But this was Melbourne in the first days of November and the woman’s thoughts, like those of everyone she knew, were on the Cup. So while most of the money went toward the bills, one pound was earmarked for the punt. Her pick was a nag called Wotan and, as history records, it came home from the back of the pack at 100-1 to win by a neck.

That woman was my grandmother, Ethel Barrett, and it is family lore that the bounty of her long-odds bet — the 100 quid that helped my mum and her sister survive those dreadful years — well, that was their mother’s reward for doing the right thing, the Melbourne thing

She was a good Melbourne girl, after all, and betting on the Cup wasn’t just the right thing to do, it was the only thing to do. Just as it will be today.

Today at Flemington, killjoys and neo-wowsers will be protesting the “cruelty” of horse racing.