Our Golden Age of Galloping Hypocrisy 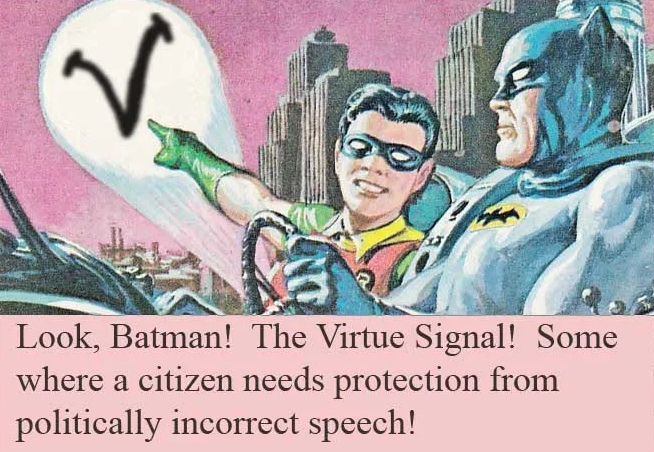 One of life’s perverse pleasures is logging into social media and observing the panoply of human delusion and hypocrisy. It’s extraordinary what people post on the internet. No virtue is too big to signal. No delusion is too small to share.

It’s not just that people cannot determine fact from fiction; or the widespread inability to recognise good sources of information from nonsense. It’s that a collective amnesia garbles minds as soon as they turn on a computer. Suddenly, nobody can remember their past or their present. Everyone forgets that they could give a university lecture on selfishness, not because they’ve studied the psychology of human greed, but because they’ve seldom rejected an opportunity to indulge their selfish desires. I know I haven’t.

And the bigger the vice, the bigger the delusion and hypocrisy. I’ve known women whose underwear would self destruct at the sight of a rich guy in a sports car but who lecture everyone online about equality. I’ve known men who have never met a woman they didn’t want to have sex with, the sort who make sheep nervous just by driving past a field, and who pose as paragons of sexual propriety on Facebook. It’s mass delusion on an epic scale and it’s one of the defining features of our age.

Hypocrisy is always with us, but something different and more virulent has become the norm. Principles no longer matter. Uttering feel-good platitudes is an end in itself and the appearance of virtue is now synonymous with being virtuous. To appear good, post some dim-witted platitude on social media and wallow in the glow of being virtuous and of being an intellectual, because intelligent people, of course, are all of one mind. The hard decisions that people must make to survive, which inevitably create resentment, and which are impossible to avoid, are smoothed over or ignored. This widespread hypocrisy grants a license to the badly behaved to excuse their own behaviour. Everything is permitted to create a virtuous persona. How many times have you exclaimed out loud while reading social media: ‘you are saying that; really, you, of all people, are posting that on Facebook with a straight face’.

Flying, driving or motor-boating while virtue signalling about global warming; enjoying the benefits of capitalism while espousing socialism; not having a clue how economics works while constantly commenting on the iniquity of the system; holding one politician or political party to a higher standard than your own side; calling everyone you disagree with an idiot while providing no evidence for your assertion; attacking other people’s politics with memes or slogans and thinking you’re intelligent; posing as a good person — in whatever way is currently considered virtuous — while having no idea that your lifestyle inevitably causes suffering and injustice (it’s impossible to live an entirely virtuous life); failing to admit that whatever virtue is celebrated today will become a vice when a hated opponent does the same thing; saying we should only listen to scientists about global warming while making a 16-year-old girl with Asperger’s Syndrome a secular saint; condemning democracies for human rights abuses while supporting terrorists whose behaviour is far worse; posing as an advocate for human rights after defending communist regimes your whole life; stating that the government should fund the latest fashionable cause while not comprehending that another equally important cause will inevitably lose funding; stating how moral you are while continually posting hate on social media; advocating for open borders while locking your home at night; buying goods and services while decrying other people’s greed; believing that feminists can be consistent twice in the same day; not understanding that consumer choices determine what you are paid; spending other people’s money and thinking you’re virtuous; imposing your beliefs on other people and believing you’re moral; misunderstanding rhetoric for reality; not understanding that your choices inevitably create a hierarchy of inequality – or that hierarchies are a good thing; believing in free speech except when it’s speech you don’t like; forgetting that the Comanche defeated the Apache and blaming the Europeans for colonialism; enjoying the benefits of modern medicine while espousing witchcraft; believing that unions guarantee your wage and not the free market; claiming to be for equality while flaunting your credentials; laughing at this week’s scapegoat while claiming you care; treating serving staff like slaves; accepting other people’s money through the welfare system and not being grateful – ‘it’s my right’; espousing the noble savage myth while denigrating your own culture for behaving in similar ways; claiming to support equality while gaming the system; wanting 50/50 representation in the boardroom but not among bin men or labourers; decrying western civilisation while studying at university; claiming there is no difference between men and women while celebrating difference; espousing male sensitivity while laughing at ‘beard tears’; commenting negatively about capitalism on your smart phone; being oblivious to the benefits that colonialism wrought – the rule of law, liberal democracy, free trade while constantly emphasising its sins; committing the fallacy of making a part represent the whole; believing you’re informed about history after watching a Hollywood movie; excusing deliberate, unequivocal expressions of hate when it comes from your own side; encouraging people to have delusions about themselves; not encouraging people who have talent; following the herd; failing to recognise that moral questions have no easy answers and that you’re an idiot stamping your feet for not getting your own way; not understanding that we are all blind and stupid about ourselves; proclaiming your love of humanity except for them – they’re bad, everybody knows they’re bad.

And finally, I’m no different to anyone else in being a hypocrite. We are all fallen. It’s just that some of us are dimly aware of our delusions.

14 thoughts on “Our Golden Age of Galloping Hypocrisy”

Reflections on the Gender Revolution on Campus

Against the Legalisation of Prostitution